BB18 FUSES HARD PROOF: The so-called Israeli arts students were really demolition experts who were photographed in the Twin Towers before 9/11 next to boxes of detonation fuses and other controlled demolition materials 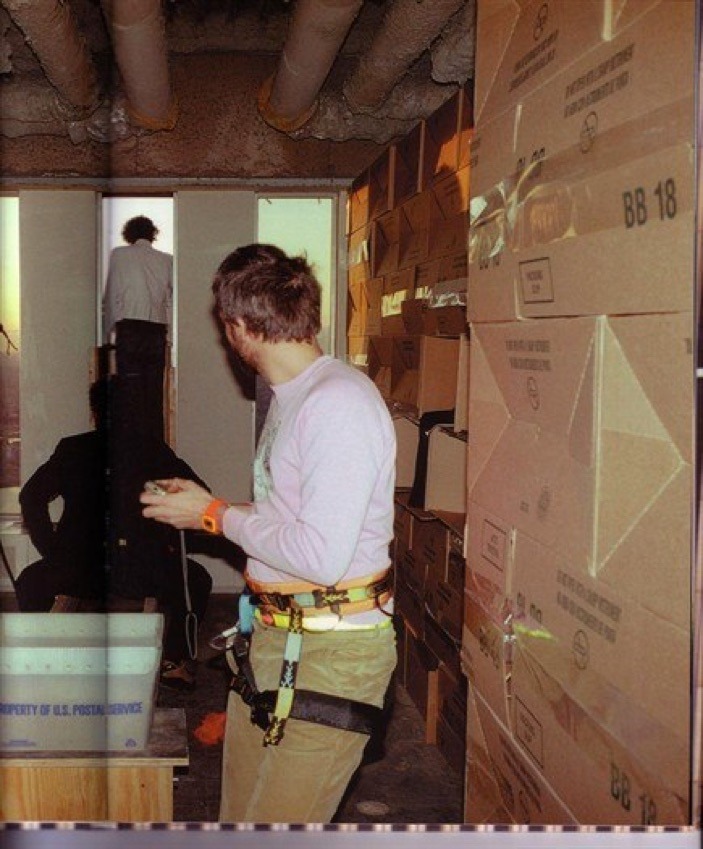 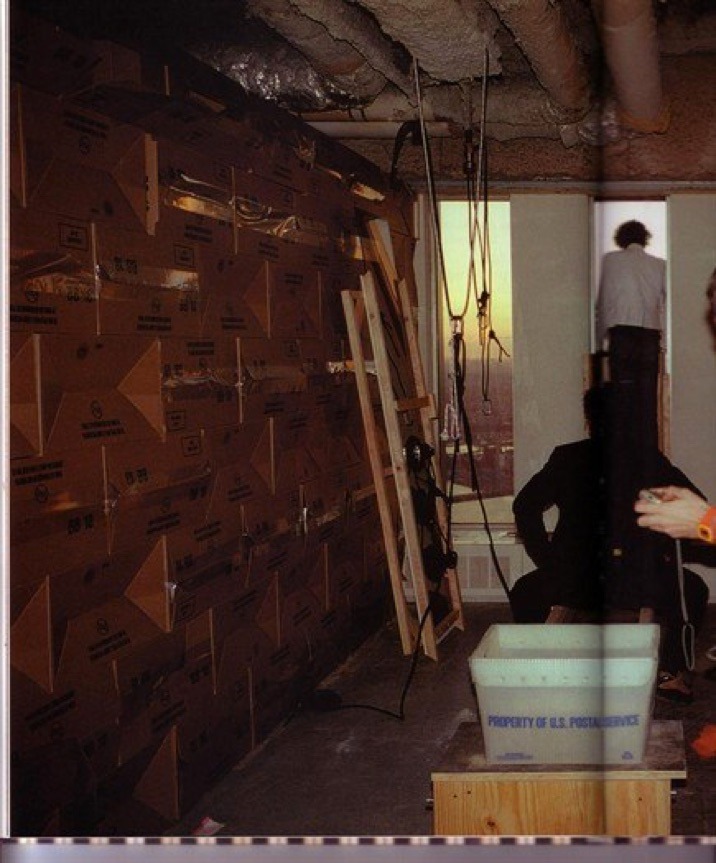 Just a bad photo of some young men in an office building where they have a huge amount of cardboard boxes with the inscription “BB18” (2 January, 2001).

Those boxes of BB18 rail protectors from the LittelFuse Company in Chicago indicate that we are dealing with electrical engineers. But they are not, they are supposedly “students of art history” from Tel-Aviv, Israel, who got access to the 90th and 91st floor of the World Trade Center in New York on January 2nd, 2001, through a friendly Jewish organization.

They even managed to have access day and night, also to the technical areas in the buildings, via Securacom security service. Securacom also supervised Dulles Airport and American Airlines. Securacom was, until 31 December, 2000, co-owned by the brother of the president, Marvin Bush.

We not only see rail protectors, but also countless other electrical components. The LittelFuse company is also part of Tracor, a Texas government contractor that had a subsidiary named Vitro, later renamed Halliburton. The vice-president, Dick Cheney, was the director. Halliburton collected $40 billion after 9/11.

The men in the photo are hard to recognize, but one of them has been identified as Hanan Serfaty, an Israeli military expert in explosives. All the equipment that we see on the photo can be used to detonate jump charges. Normally, art history students are not concerned with jump loads.

Also, art history students are normally not concerned with removing a window and installing a small, wooden balcony at a height of three hundred meters and attaching devices to the facade with abseiling. Also, art students normally do not have a helicopter to fly around skyscrapers.

The students have been seen several times in other parts of the WTC buildings. Then they carried papers and bags and said they were making drawings for their art project. By the way, they also had a kind of commercial building with a house in Brooklyn, on the other side of the Hudson and actually a few doors from the rental house of Mohamed Atta.

On September 11th, 2001, a group of men were seen standing there with a video camera ready to film how two dark gray, windowless jet planes flew into skyscrapers WTC 1 and 2. They spontaneously proceeded to a dance of joy, and although this was brought up as “the dancing Muslims”, it soon became “the dancing Israelis“.

The towers WTC 1, 2 and 7 were blown up with explosives, sources say. At the Pentagon and in Shanksville there were no passenger aircraft on display, and in New York only a “dark” aircraft including a gondola were attached and no passenger aircraft was flown by inexperienced and clumsy pilots. Then again and again the phone call from Flight Stewardess, Betty Ong, came as evidence for the Knife Blade theory, which was valued much until journalists discovered that this stewardess was just not on board. In fact, there was no Betty Ong flight attendant. There was not even a Betty Ong. There are also no camera images of an aircraft at the Pentagon, but there is of a journalist on the site who said that there was not a single aircraft to be seen. And we have an undamaged passport, a parked rental car at the airport with a Koran in the front seat and an open manual “how do I fly with the Boeing 777”.

We have seventeen so-called fanatic bearded Muslims who indulge in alcohol and women who, for religious belief, let four planes fly around for more than six hours without anyone noticing. We have the most heavily secured airspace in the US in which an attack is committed while the air defense system does not do anything.

Then we have the lively trade in options on shares of United Airlines and American Airlines on September 10th and we have the Israeli companies who gave their WTC staff the tip to take a day off on September 11th, 2001 including the company Flight Interruption Systems, that cooperated with the US Air force in the development of equipment that could take over the operation of Boeing passenger aircraft from a military base.

Of course there is the fairly recent report from the University of Alaska Halifax stating that WTC building 7 has not collapsed in any case due to burning office furniture, carpet and falling rock. The building collapsed in more than one and a half thousand places at the same time. It was blown up. Detonated. That is also very visible on film images.

And we have fourteen Israeli art students at the WTC with a few hundred boxes of electrical switch gear, calling themselves “Gelitin” and working on “Project The B-Thing”. The New York Times who wrote that it is really an art project, but strangely some weird little balconies were hung on the facade of the WTC, a few weeks before the big blow.

Make-up your own truth. These are some sources who came up with this story, it’s not my own, but merely sources who ought to be heard. The 9/11 truth is not out yet!