Part 3 of The Universal Empire: A Four-Part Series from VT’s Fitzgerald & Gould 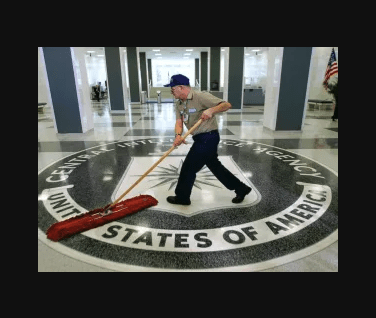 The odd, psychologically conflicted and politically divisive ideology referred to as neoconservatism can claim many godfathers. Irving Kristol (father of William Kristol), Albert Wohlstetter, Daniel Bell, Norman Podhoretz and Sidney Hook come to mind. And there are many others. But in both theory and practice, the title of founding father for the neoconservative agenda of endless warfare that rules the thinking of America’s defense and foreign policies today might best be applied to James Burnham.

His writings in the 1930s provided a refined Oxford intellectual’s gloss to the Socialist Workers Party, and as a close adviser to Communist revolutionary Leon Trotsky and his Fourth International, he learned the tactics and strategies of infiltration and political subversion firsthand. Burnham reveled in his role as a “Trotskyist intellectual,” pulling dirty tricks on his political foes in competing for Marxist movements by turning their loyalties and looting their best talent.

Burnham renounced his allegiance to Trotsky and Marxism in all its forms in 1940, but he would take their tactics and strategies for infiltration and subversion with him and would turn their method of dialectical materialism against them. His 1941 book, “The Managerial Revolution,” would bring him fame and fortune and establish him as an astute, if not exactly accurate, political prophet chronicling the rise of a new class of technocratic elite.

His next book, “The Machiavellians,” confirmed his movement away from Marxist idealism to a very cynical and often cruel realism with his belief in the inevitable failure of democracy and the rise of the oligarch.

In 1943 he put it all to use in a memo for the U.S. Office of Strategic Services (the OSS) in which his Trotskyist anti-Stalinism would find its way into the agency’s thinking. And in his 1947 book, “The Struggle for the World,” Burnham expanded his confrontational/adversarial dialectic toward the Soviet Union into a permanent, apocalyptic policy of endless war.

By 1947 James Burnham’s transformation from Communist radical to New World Order American conservative was complete. His “Struggle for the World” had done a French Turn on Trotsky’s permanent Communist revolution and turned it into a permanent battle plan for a global American empire.

All that was needed to complete Burnham’s dialectic was a permanent enemy, and that would require a sophisticated psychological campaign to keep the hatred of Russia alive for generations. 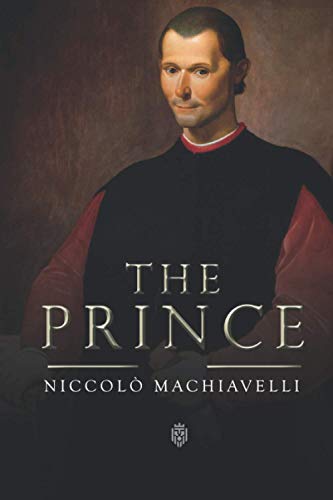 The Rise of the Machiavellians

In 1939 Sidney Hook, Burnham’s colleague at New York University and fellow Marxist philosopher had helped to found an anti-Stalinist Committee for Cultural Freedom as part of a campaign against Moscow. During the war Hook, too, had abandoned Marxism and, like Burnham, somehow found himself in the warm embrace of the right-wing of America’s intelligence community during and after World War II. Hook was viewed by the Communist Party as a traitor and “counter-revolutionary reptile” for his activities and by 1942 was informing his fellow comrades to the FBI.

Selling impoverished and dispossessed European elites on the virtues of American culture was essential to building America’s empire after the war, and Burnham’s early writings proved the inspiration from which a new counterculture of “freedom” would be built. As veterans of internecine Trotskyist warfare, both Burnham and Hook were practiced at the arts of infiltration and subversion, and with Burnham’s “The Machiavellians: Defenders of Freedom” as their blueprint, they set out to color anything the Soviets did or said with dark intent.

As Burnham articulated clearly in “The Machiavellians,” his version of freedom meant anything but intellectual freedom or those freedoms defined by America’s Constitution. What it really meant was conformity and submission. Burnham’s freedom only applied to those intellectuals (the Machiavellians) willing to tell people the hard truth about the unpopular political realities they faced. 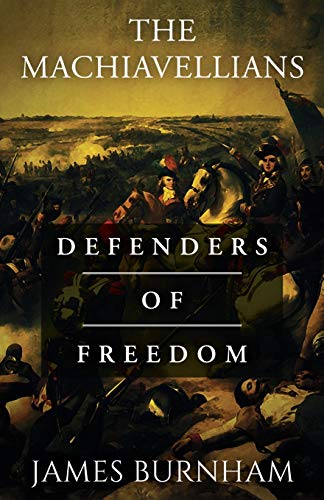 These were the realities that would usher in a brave new world of the managerial class, who would set about denying Americans the very democracy they thought they already owned. As Orwell observed about Burnham’s Machiavellian beliefs in his 1946 “Second Thoughts”: “Power can sometimes be won or maintained without violence, but never without fraud, because it is necessary to use the masses.”

By 1949 the CIA was actively in the business of defrauding the masses by secretly supporting the so-called non-Communist left and behaving as if it was just a spontaneous outgrowth of a free society. By turning the left to the service of its expanding empire, the CIA was applying a French Turn of its own by picking the best and the brightest, and the creation of the National Security Act of 1947 institutionalized it. Assisted by Britain’s Information Research Department (the IRD), the CIA recruited key former Soviet disinformation agents trained before the war who had managed non-Communist front groups for Moscow and put them to work. As Frances Stoner Saunders writes in her book “The Cultural Cold War,” “these former propagandists for the Soviets were recycled, bleached of the stain of Communism, embraced by government strategists who saw in their conversion an irresistible opportunity to sabotage the Soviet propaganda machine which they had once oiled.”

By its own admission, the CIA’s strategy of promoting the non-Communist left would become the theoretical foundation of the agency’s political operations against Communism for over the next two decades. But the no-holds-barred cultural war against Soviet Communism began in earnest in March 1949 when a group of 800 prominent literary and artistic figures gathered at New York’s Waldorf Astoria Hotel for a Soviet-sponsored “Cultural and Scientific” conference that would sue for peace. Both Sidney Hook and James Burnham were already actively involved in enlisting recruits to counter the efforts of Moscow’s Communist Information Bureau (Cominform) to influence Western opinion. But the Waldorf conference gave them an opportunity for dirty tricks they could only have prayed for.

Demonstrators organized by a right-wing coalition of Catholic groups and the American Legion heckled the guests as they arrived. Catholic nuns knelt in prayer for the souls of the Communist atheists in attendance. Gathered upstairs in a 10-floor bridal suite, a gang of ex-Trotskyists and Communists led by Hook intercepted the conference’s mail, doctored official press releases and published pamphlets challenging speakers to admit their Communist past.

In the end, the entire conference became a twisted theater of the absurd, and Hook and Burnham would use it to sell Frank Wisner at the CIA’s Office of Policy Coordination on taking the show on the road.

The Congress for Cultural Freedom: By Hook or by Crook

Drawing on the untapped power of the Fourth International, the coming-out party came on June 26, 1950, at the Titania Palace in occupied Berlin. Named for Hook’s 1939 concept for a cultural committee, The Congress for Cultural Freedom’s 14-point “Freedom Manifesto” was to identify the West with freedom. And since everything about the West was said to be free, free, free, then it went without saying that everything about the Soviet Union wasn’t.

Organized by Burnham and Hook, the American delegation represented a who’s who of America’s postwar intellectuals. Tickets to Berlin were paid for by Wisner’s Office of Policy Coordination through front organizations and the Department of State, which helped arrange travel, expenses and publicity. According to CIA historian Michael Warner, the conference sponsors considered it money well spent, with one Defense Department representative calling it “unconventional warfare at its best.”

Burnham functioned as a critical connection between Wisner’s office and the intelligentsia moving from the extreme left to the extreme right with ease. Burnham found the congress to be a place to inveigh not just against Communism but against the non-communist left as well and left many wondering whether his views weren’t as dangerous to liberal democracy as Communism. According to Frances Stoner Saunders, members of the British delegation found the rhetoric coming out of the congress to be a deeply troubling sign of things to come. “Hugh Trevor-Roper was appalled by the provocative tone. …

There was a speech by Franz Borkenau which was very violent and indeed almost hysterical. He spoke in German and I regret to say that as I listened and I heard the baying voices of approval from the huge audiences, I felt, well, these are the same people who seven years ago were probably baying in the same way to similar German denunciations of Communism coming from Dr. Goebbels in the Sports Palast. And I felt, well, what sort of people are we identifying with? That was the greatest shock to me. There was a moment during the Congress when I felt that we were being invited to summon up Beelzebub in order to defeat Stalin.”

The Congress for Cultural Freedom didn’t need Beelzebub. It already had him in the form of Burnham, Hook and Wisner, and by 1952, the party was just getting started. Burnham worked overtime for Wisner legitimizing the congress as a platform for the Machiavellians alongside ex-Communists and even Nazis, including SS Gen. Reinhard Gehlen and his German army intelligence unit, which had been brought into the CIA after the war intact. E. Howard Hunt, Watergate “plumber” and famous CIA dirty trickster, remembered Burnham in his memoirs:

“Burnham was a consultant to OPC on virtually every subject of interest to our organization. … He had extensive contacts in Europe and, by virtue of his Trotskyite background, was something of an authority on domestic and foreign Communist parties and front organizations.”

In 1953 Burnham was called upon again by Wisner to reach beyond Communism to help overthrow the democratically elected Mohammed Mossadegh in Tehran, Iran, apparently because Wisner thought the plan needed “a touch of Machiavelli.” But Burnham’s greatest contribution as a Machiavellian was yet to come.

His book, “The Machiavellians: Defenders of Freedom,” would become the CIA’s manual for displacing Western culture with an alternative doctrine for endless conflict in a world of oligarchs. In the end, it opened the gates to an Inferno from which there would be no return.