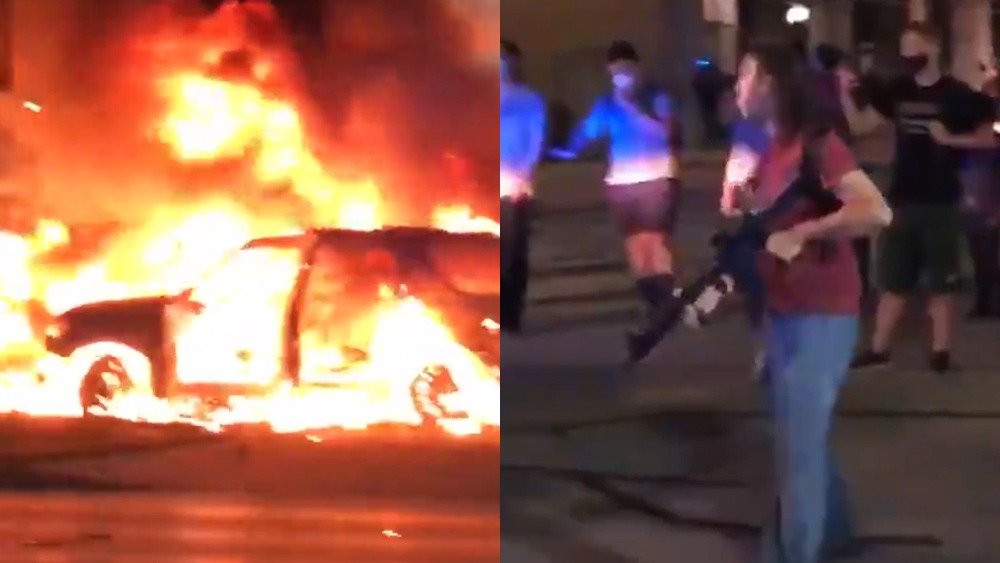 (Natural News) US Marshals intercepted a cache of battle supplies that were being transported into Kenosha, Wisconsin by Antifa/BLM support groups.

The civil unrest in Kenosha has gone on for nearly a week and is becoming more violent than ever before. Journalists and police officers have been threatened by thugs with firearms; innocent people have been looted from and assaulted for defending their property; and rioters have set fire to buildings with residents trapped inside. A young man was even chased by a mob of these thugs, threatened with gunfire, and had no choice but to defend his life with his own rifle.

Battle supplies being shipped in to weaponize violent rioters in Kenosha

It’s all about to get worse as outside Antifa/BLM support groups plan to transport caches of battle supplies to assist their thug allies on the front lines. The police just arrested nine out-of-state individuals who were suspected of disorderly conduct and “preparing for criminal activity related to the civil unrest.” Their vehicles contained helmets, gas masks, protective vests, illegal fireworks and controlled substances, which were suspected to be for handing out to rioters.

A concerned citizen tipped off police about the out-of-state activity. The suspects drove a black school bus, a bread truck, and a tan minivan and planned to meet at a vacant lot near State Highway 50 and Green Bay Road in Kenosha. Police were able to conduct surveillance on the vehicles and confirm their out-of-state plates. The vehicles stopped off at a gas station near Washington Road and 30th avenue. Officers watched as the occupants suspiciously filled multiple fuel cans. When the vehicles convened at their meeting point, officers moved in to make contact.

The driver of the minivan panicked and attempted to drive away, but the suspicious getaway was quickly thwarted by the officers. The officers quickly moved in, identifying themselves first, as they detained the suspects and searched the van. This is when officers uncovered the cache of supplies, gathering sufficient evidence to arrest nine Antifa/BLM collaborators.

On social media, the collaborators admitted that they are “ready to feed the revolution” using a “Riot Kitchen crew.” It turns out these out-of-state Antifa/BLM collaborators are doing nothing but feeding the flames of violence and supporting cruel lawlessness, all while being praised as “civil rights heroes” by a traitorous media and democrat party leaders.

Learn more about this group’s strategies and tactics at AntifaWatch.News.