Even Putin’s former wife says “he’s been dead for a long time”.

Lyudmila Putina: “My husband has been dead for a long time” 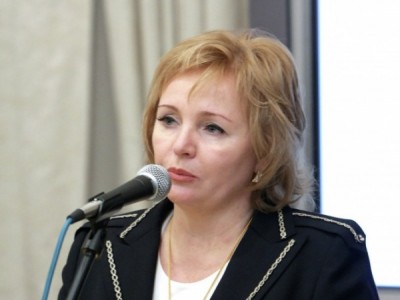 The German newspaper Die Welt published a sensational interview with the former wife of the President of Russia, Lyudmila Putina.

Unfortunately, my husband has been dead for a long time. I have to admit this publicly, because I can no longer see what is happening on his behalf. These are terrible people. They will stop at nothing. I am afraid that now they will kill me and my daughters just as they killed him.

Our family was not perfect. When I got married, I was in love with an intelligence officer. But the reality turned out to be completely different. Putin turned out to be a mean, cruel man, a tyrant. He never reckoned with me, he simply did not notice my existence. He needed me only for information about the composition of the family and as a mother for his children. It’s hard for me to talk about it, but Putin beat me, humiliated me, mocked me. Life with him was torture.

I tried to fight, more than once I was going to file for divorce. But for this man there was nothing sacred. To silence me, he took me to a psychiatric clinic. I went through all the circles of hell … Drugs, psychotropic substances, bullying. For a long time I was locked in an isolation ward and I did not see sunlight for a long time, did not see people. I still remember this with a shudder. From a young and self-confident woman, I turned into a shadow, my will was broken, I agreed to all conditions, just to get out of there.

But what began after his death defies description at all.
He then had a difficult period. Of course, he did not tell me anything, he became even more withdrawn. A month before his death, at night, without warning, I took my daughters out – I didn’t even know where.

And then he completely disappeared. At night some people came to our house – I knew some of them, I saw some for the first time. They dug everything upside down, reviewed all the papers, knocked on all the walls in the house. They told me only one thing: “If you want to live, be silent.” All questions about my husband were briefly answered that he would come soon, that he had an important visiting conference and that in the interests of national security I should not discuss this with anyone. A few days later, his first … stunt double appeared. Later I found out that the murder of Vladimir was being prepared ahead of time, he was eliminated when the first double was almost ready to take his place. Outwardly, of course, he was very similar to Putin – I was amazed. But this was a completely different person.

They somehow managed to track down the girls. And I was given an ultimatum – either I play the role of a devoted wife, or neither I nor my daughters will live anymore. I had no choice. I have tried to avoid public events before. The corrosive attention of journalists, intrigue and gossip – all this disgusts me. But pretending to be the wife of a stranger to me was even more terrifying.

Therefore, they prepared a double for me too – so that when I said something not as planned according to the script, to smooth out the embarrassment. If they had time to bring my double to a more or less successful resemblance, they would have killed me long ago.

Miraculously, we managed to escape. For obvious reasons, I cannot name the people who helped us to stop this terrible staging and hide. Divorce was my deliverance. Now I live abroad, I am doing well. But I am scared to see what is happening with Russia.

People, come to your senses! You live like beggars, you can hardly make ends meet, because you are mercilessly robbed and deceived. And now the question is about the survival of the indigenous people of Russia. If you do not stop being cowardly and ignore what is happening in the country, you will not live.