Trump Gives a GREAT Message of Empowerment to the American People

‘Don’t let Covid-19 dominate you’: Trump tells Americans to ‘get out’ & ‘be careful’ in first statement after hospital stay 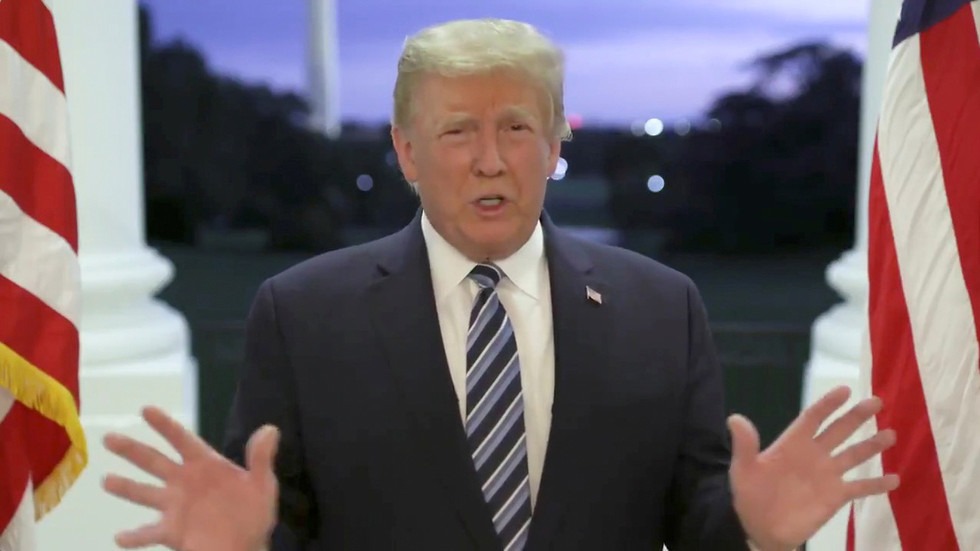 US President Donald Trump has urged Americans not to fear the coronavirus and pledged that he would soon be “back to work” in his first statement from the White House since leaving hospital, where he was treated for Covid-19.

The president shared a brief video message on Twitter after returning to the White House on Monday evening, thanking staff at Walter Reed Medical Center and stating that he felt “better than I have in a long time” after his three-day stay.

“One thing that’s for certain: Don’t let [Covid-19] dominate you, don’t be afraid of it, you’re going to beat it. We have the best medical equipment, we have the best medicines, all developed recently,” Trump said, adding that his team was “going back to work” while vowing that “the vaccines are coming momentarily.”

I stood out front, I led. Nobody that’s a leader would not do what I did. I know there’s a risk, there’s a danger, but that’s OK. Now I’m better, and maybe I’m immune, I don’t know. But don’t let it dominate your lives. Get out there, be careful.

Trump was flown to Walter Reed on Friday after testing positive for the illness the previous night, staying over the weekend for treatment despite experiencing only mild symptoms. Since he and the first lady’s initial diagnosis, dozens of the president’s close contacts have also tested positive, including three GOP senators, three members of the press corps, and a number of aides and staffers. Many of the patients who tested positive attended a White House event earlier this month, where Trump announced his new Supreme Court nominee, Amy Coney Barrett.

The president was seen exiting the hospital just after 6:30pm on Monday, giving a thumbs-up to reporters before leaving in his motorcade. While he took no questions, journalists at the scene were heard asking whether Trump believed he was a “super-spreader,” given the spate of infections linked to the White House.

More than 7.4 million coronavirus infections have been tallied in the US to date, as well as in excess of 210,000 fatalities. While New York was long the country’s top hot spot in terms of cases, California, Texas and Florida have since overtaken that state, each counting more than 700,000 infections.