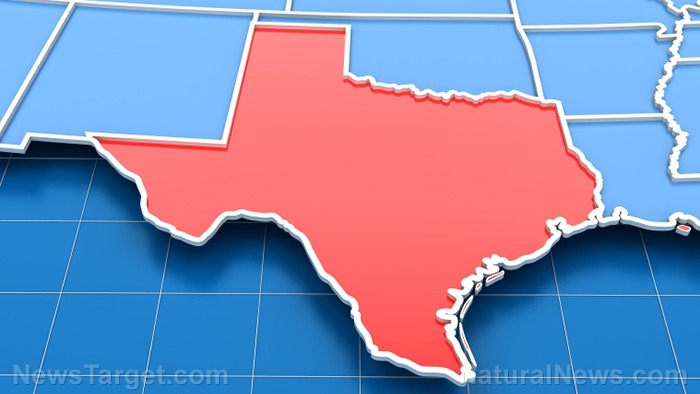 (Natural News) The left is working overtime to swing Texas blue this election cycle, including by hiring “ballot chasers” to illegally goad people into voting Democrat.

Undercover footage captured by the illustrious team at Project Veritas shows ballot chasers like Raquel Rodriguez admitting on camera that they are being paid to bring in tens of thousands of extra votes for leftist candidates using methods that are illegal in the Lone Star State.

Rodriguez, who is chasing ballots in and around San Antonio, told an undercover reporter that she is “bringing at least 7,000 votes to the polls” on Nov. 3, all while being paid thousands of dollars to get the job done.

“I could go to jail,” Rodriguez is heard admitting in the footage. “I’m a little apprehensive to tell anybody what I’m f***ing doing, you know what I’m saying?”

The way it works is Rodriguez slithers her way into the lives of primarily elderly citizens, whom she manipulates into voting Democrat by prodding them to fill out their ballots in support of the candidates she is being paid to help elect.

Despite being a political consultant for GOP House candidate Mauro E. Garza, who own San Antonio’s Pegasus Nightclub, Rodriguez is specifically targeting voters whom she believes will switch their vote from Republican to Democrat with minimal effort.

“So, if ya’ll are my seniors, I’m literally picking you up,” Rodriguez explained. “I’m going to your house; you’re doing your ballot.”

Rodriguez is further seen showing a woman how to “correct” a ballot by crossing out a vote for a Republican candidate and putting initials next to the line to make it appear as though the vote was an “accident.”

“You’re going to, you’re going to dot that in – and the line goes like this, and then your initials are going to be right there, so, that way they know it was done accidentally.”

Rodriguez’s goal is to draw as little attention to herself as possible by mixing things up and using different post offices to submit the altered ballots. Rodriguez also works to register ex-felons to vote Democrat, throwing them dinner parties and barbecues in order to butter them up to vote accordingly.

“Tommy does what’s called, like barbecues, so like an example, this coming Thursday at a bar, we’re going to feed 45 ex-felons that we registered because they’re going to all vote,” Rodriguez says.

Commenting on what is shown in the video, Project Veritas CEO and founder James O’Keefe explained that voter fraud is, indeed, a very real thing, and is quite obviously being used to try to thwart the election results.

“We keep hearing voter fraud is a myth and anyone who challenges that notion is simply creating hysteria,” O’Keefe says.

“I went to Texas to be part of the Project Veritas investigation into election fraud and to be on the ground here with our undercover journalists. Our journalists discovered a voter fraud system positioned to swing Texas in 2020.”

Using the usual method of bribery, the left is quite literally buying votes in violation of the law, and nobody seems to be doing anything about it.

“These so-called ‘ballot chasers’ use a mix of gifts and coercion to work down their list of targeted voters and make sure they vote for their paymasters. The actions violate both federal and state law and constitute a direct threat to the integrity of our election-based republic.”

Election fraud is sure have a major impact on the upcoming election. To keep up with the latest, check out Corruption.news.