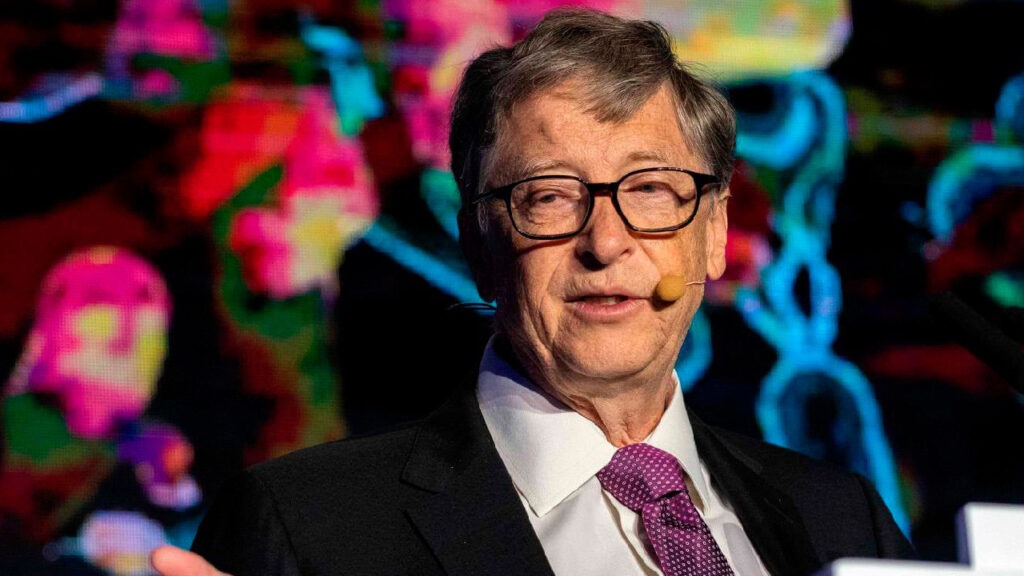 For years, Bill Gates has been at the forefront of research regarding global pandemics and mass vaccination campaigns. In the past decade, Gates went on record several times stating that the world was not ready for a global pandemic.

In October 2019 (only a few months before the apparition of COVID-19) the Bill and Melinda Gates Foundation (in cooperation with the World Economic Forum) hosted Event 201, a 3.5-hour table-top simulation of a global pandemic.

Oddly enough, this simulation was about a novel coronavirus that would kill millions. About eight weeks later, an actual novel coronavirus spurred in China. This lead to some people wondering if this exercise actually predicted the spread of COVID-19. In response to these questions, a statement was posted on the Event 201 website.

Statement about nCoV and our pandemic exercise

In October 2019, the Johns Hopkins Center for Health Security hosted a pandemic tabletop exercise called Event 201 with partners, the World Economic Forum and the Bill & Melinda Gates Foundation. Recently, the Center for Health Security has received questions about whether that pandemic exercise predicted the current novel coronavirus outbreak in China. To be clear, the Center for Health Security and partners did not make a prediction during our tabletop exercise. For the scenario, we modeled a fictional coronavirus pandemic, but we explicitly stated that it was not a prediction. Instead, the exercise served to highlight preparedness and response challenges that would likely arise in a very severe pandemic. We are not now predicting that the nCoV-2019 outbreak will kill 65 million people. Although our tabletop exercise included a mock novel coronavirus, the inputs we used for modeling the potential impact of that fictional virus are not similar to nCoV-2019.

On March 13th, about a day after COVID-19 began shutting down the entire Western world, Bill Gates stepped down from the public board of Microsoft to “dedicate more time to philanthropic priorities including global health and development, education, and climate change”. As the pandemic spread across the world, Gates became an outspoken and authoritative figure on the pandemic crisis, appearing all over mass media to share his views and recommendations.

On March 18th, Bill Gates took part in an AMA (Ask Me Anything) on Reddit titled I’m Bill Gates, co-chair of the Bill & Melinda Gates Foundation. AMA about COVID-19. where he answered questions about the pandemic. In one of his answers, Gates referred to a “digital certificate” to keep track of who got vaccinated.

What changes are we going to have to make to how businesses operate to maintain our economy while providing social distancing?

The question of which businesses should keep going is tricky. Certainly food supply and the health system. We still need water, electricity and the internet. Supply chains for critical things need to be maintained. Countries are still figuring out what to keep running.

Eventually we will have some digital certificates to show who has recovered or been tested recently or when we have a vaccine who has received it.

A screenshot of the question and answer on Reddit.

While most of Gates’ answers were received with praise, this one raised lots of eyebrows. The most upvoted reply highlights the similarities between Gates’ solution and the “Mark of the Beast” in the Bible.

This concept of a “digital certificate” to store medical information (including vaccines received) and to grant access to rights or services was not a mere suggestion. It is part of a massive project that is propelled by a powerful group called ID2020 which is backed by the United Nations, the Rockefeller Foundation and … Bill Gates’ Microsoft. 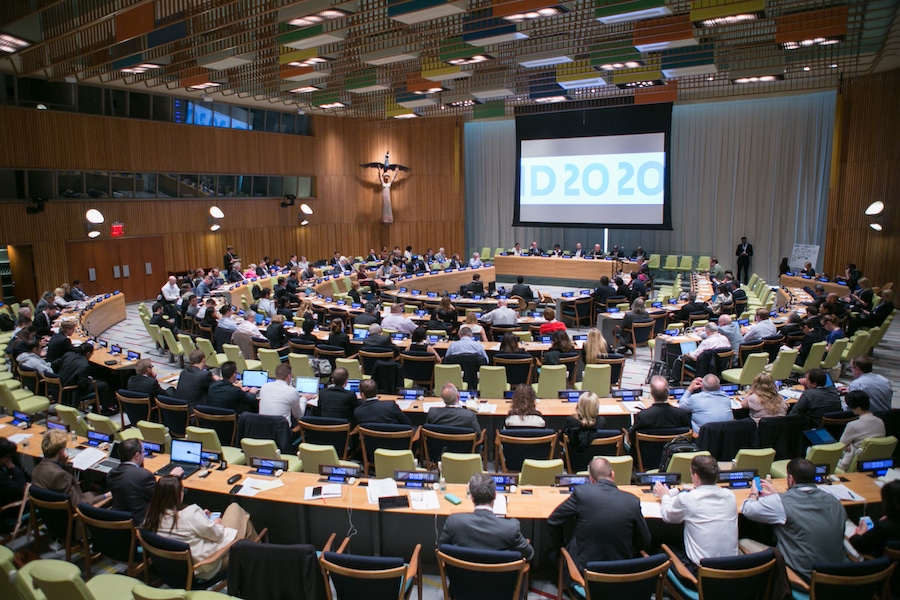 Simply put, ID2020 is looking to create a digital identification system that would store a wealth of personal information and that would go beyond the limits of national governments. The official website of ID2020 states that a global digital identity is necessary to keep track of refugees and ID-less people in developing countries. Of course, people in developed countries would be ID-ed as well. The website states:

We Need to Get Digital ID Right

Unfortunately, current models of digital ID do not meet everyone’s needs. They are generally archaic, insecure, lacking adequate privacy protection, and for over a billion people worldwide, unavailable.

Everyone should have access to a digital ID that enables them to prove who they are across institutional and international borders and across time, while giving them control over how their personal information is collected, used, and shared.

In an article published by ID2020 in 2018, vaccines are the perfect way to introduce digital identity to the world – especially infants. Appropriately titled Immunization: an entry point for digital identity, the article states:

In short, according to ID2020, vaccinations are the perfect opportunity to introduce a digital ID that would store the medical history of each individual. This identity would also be used to grant access to basic rights and services.

ID2020 is already testing the introduction of digital IDs in Bangladesh. On August 2019, ID2020 published a “Request for information” article stating:

A2i and its partners Gavi and ID2020 are committed to jointly researching and implementing a unique ID for infants through digitisation of vaccination processes in Bangladesh.

The program will provide infants and children with a portable, biometrically-linked digital ID either at the point of birth registration or at the time of their immunizations, simultaneously supporting three shared objectives:

Ultimately, supporting access to rights and services throughout one’s life-course.

In this Bangladesh experiment, digital ID is “biometrically-linked”, meaning that it is based on the fingerprints of individuals. The article describes the process in place:

Information is required regarding biometric scanners capable of capturing the fingerprint biometrics of parents during phase 1 with the ambition to also effectively capture infant biometrics in phase 2. Scanners can be cabled or Bluetooth. Scanners must be a minimum of FBI certified FAP30, portable, robust and capturing a minimum of 500 pixels per inch. Please state the port type on the scanner(s), for example, micro USB, USB C, or other.

While this project is linked to biometrics, Bill Gates has been funding research on a different form of vaccine identification: The quantum dot tattoo.

In December 2019, a group of researchers at the MIT published a study in Science Translational Medicine about the use of quantum dot tattoos to identify who people who received a vaccine.

An image describing the application of a quantum dot tattoo on the skin through vaccination from Science Translational Medicine, December 2019.

An article in Futurism titled An Invisible Quantum Dot ‘Tattoo’ Could Be Used to ID Vaccinated Kids reviewed this study:

For the people overseeing nationwide vaccination initiatives in developing countries, keeping track of who had which vaccination and when can be a tough task.

But researchers from MIT might have a solution: they’ve created an ink that can be safely embedded in the skin alongside the vaccine itself, and it’s only visible using a special smartphone camera app and filter.

In other words, they’ve found a covert way to embed the record of a vaccination directly in a patient’s skin rather than documenting it electronically or on paper – and their low-risk tracking system could greatly simplify the process of maintaining accurate vaccine records, especially on a larger scale.

The invisible “tattoo” accompanying the vaccine is a pattern made up of minuscule quantum dots – tiny semiconducting crystals that reflect light – that glows under infrared light. The pattern – and vaccine – gets delivered into the skin using hi-tech dissolvable microneedles made of a mixture of polymers and sugar.

“It’s possible someday that this ‘invisible’ approach could create new possibilities for data storage, biosensing, and vaccine applications that could improve how medical care is provided, particularly in the developing world,” MIT professor and senior author Robert Langer said in the statement.

The article states that this study was the result of a direct request from Bill Gates.

The Bill and Melinda Gates Foundation funded the team’s research, which was published in the journal Science Translational Medicine on Wednesday.

According to a Scientific American story, the project came about following a direct request from Microsoft founder Bill Gates himself, who has been personally involved in efforts to eradicate polio and measles through vaccinations.

While answering a question about conducting business in the era of social distancing, Bill Gates replied that “digital certificates” will be used to determine who had COVID-19, who recovered from it, who was recently tested for it and who received the vaccine. This short (and unexpected answer) opened a gigantic pandora box of what could be in store in the near future: The inevitable mass vaccination campaign to eradicate COVID-19 would be the perfect opportunity to introduce a worldwide digital ID. This system would store a wealth of information about each individual (including vaccination history) and would be used to grant access to rights and services. Although Gates did not go into specifics, “digital certificates” could be linked to biometrics or a quantum dot tattoo.

Considering the fact that this entire project is eerily reminiscent to a passage in the Book of Revelation (a Mark of the Beast that is received on the “right hand or forehead” and that is required “to buy or to sell”), the introduction of such a system would most likely be received with a great deal of resistance. And not only from religious people.