HUGE “Economic Collapse” will break out in the open by April 2023.

Major Economic Contraction Coming In 2023 – Followed By Even More Inflation 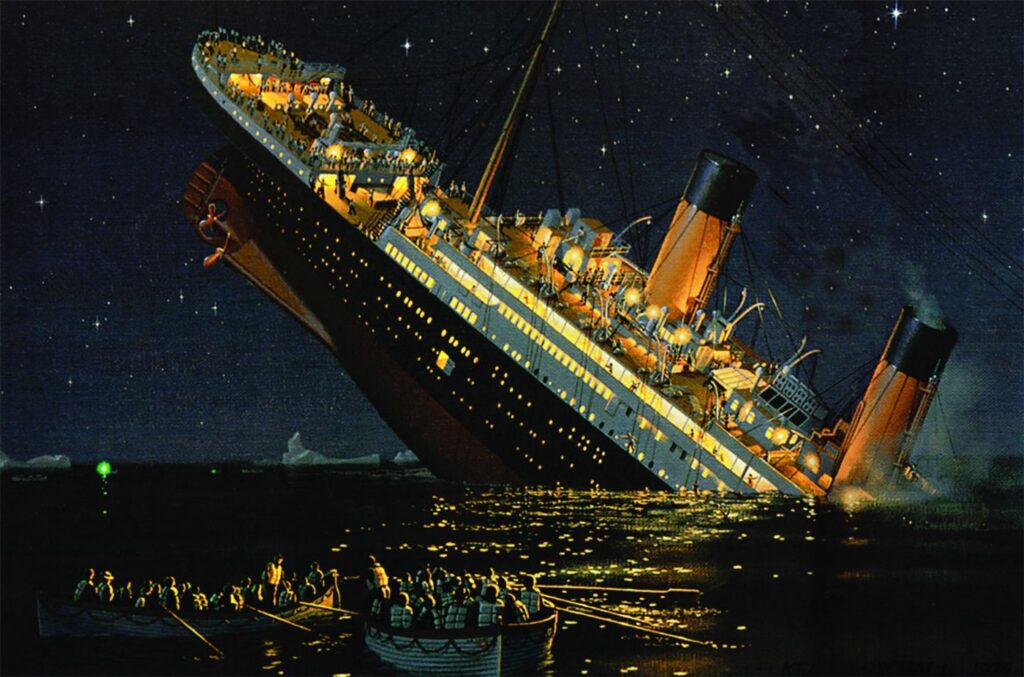 The signs are already present and obvious, but the overall economic picture probably won’t be acknowledged in the mainstream until the situation becomes much worse (as if it’s not bad enough). It’s a problem that arises at the onset of every historic financial crisis – Mainstream economists and commentators lie to the public about the chances of recovery, constantly giving false reassurances and lulling people back to sleep. Even now with price inflation pummeling the average consumer they tell us that there is nothing to worry about. The Federal Reserve’s “soft landing” is on the way.

I remember in 2007 right before the epic derivatives collapse when media pundits were applauding the US housing market and predicting even greater highs in sales and in valuations. I had only been writing economic analysis for about a year, but I remember thinking that the overt display of optimism felt like compensation for something. It seemed as if they were trying to pull the wool over the eyes of the public in the hopes that if people just believed hard enough that all was well then the fantasy could be manifested into reality. Unfortunately, that’s not how economics works.

Supply and demand, debt and deficit, money velocity and inflation; these things cannot be ignored. If the system is out of balance, collapse will set its ugly foot down somewhere and there’s nothing anyone including central banks can do about it. In fact, there are times when they deliberately ENGINEER collapse.

This is the situation we are currently in today as 2022 comes to a close. The Fed is in the midst of a rather aggressive rate hike program in a “fight” against the stagflationary crisis that they created through years of fiat stimulus measures. The problem is that the higher interest rates are not bringing prices down, nor are they really slowing stock market speculation. Easy money has been too entrenched for far too long, which means a hard landing is the most likely scenario.

In the early 2000s the Fed had been engaged in artificially low interest rates which inflated the housing and derivatives bubble. In 2004, they shifted into a tightening process. Rates in 2004 were at 1% and by 2006 they rose to over 5%. This is when cracks began to appear in the credit structure, with 4.5% – 5.5% being the magic cutoff point before debt became too expensive for the system to continue the charade. By 2007/2008 the nation witnessed an exponential implosion of credit, setting off the biggest money printing bonanza in US history in order to save the banking sector, at least for a time.

Since nothing was actually fixed by the Fed back then, I will continue to use the 5% funds rate as a marker for when we will see another major contraction. The difference this time is that the central bank does not have the option to flood the economy with more fiat, at least not without immediately triggering a larger stagflationary spiral. I am also operating on the premise that the Fed WANTS a crash at this time.

As I noted in my article ‘The Fed Is Taking The Punch Bowl Away – But The Inflation Crisis Will Continue To Grow’, published in May:

“Mainstream financial commentators want to believe the Fed will capitulate because they desperately want the party in stock markets to continue, but the party is over. Sure, there will be moments when the markets rally based on nothing more than a word or two from a Fed official planting false hopes, but this will become rare. Ultimately, the Fed has taken away the punch bowl and it’s not coming back. They have the perfect excuse to kill the economy and kill markets in the form of a stagflationary disaster THEY CAUSED. Why would they reverse course now?”

My position is that the central bank has a global agenda that eclipses any national loyalty, and that it requires the decline of the American economy in order to expedite the introduction of Central Bank Digital Currencies (CBDCs) linked together through the IMF. So far they are getting exactly what they want and they are perfectly aware of what they are doing.

The Fed is expected to slow rate hikes to 50bps in December, but this is not assured with the jobs market still running hot from $8 trillion in covid stimulus the past two years (mostly lower paying retail and service sector jobs). By the February meeting of 2023 the Fed will be at or very near 5% interest rates, which I believe will help trigger a considerable plunge in markets and mass layoffs.

There are other factors to consider, though. One lesser known issue is the new 1% excise tax on stock buybacks planted within Biden’s Inflation Reduction Act. The measure, which goes into effect in January of next year, will not reduce prices on goods. That said, stock buybacks are still the primary means by which equities are kept afloat by major corporations. Over the past decade, buybacks have been funded by money borrowed from the Fed at near zero interest – essentially free money. Now, the easy money party is about to end.

The 1% excise tax added on top of a 5% Fed funds rate creates a 6% millstone on any money borrowed to finance future buybacks. This cost is going to be far too high and buybacks will falter. Meaning, stock markets will also stop, and drop. It will likely take two or three months before the tax and the rate hikes create a visible effect on markets. This would put our time frame for contraction around March or April of 2023.

Inflation is not going anywhere anytime soon, however. The underlying problem of energy prices needs to be considered as they contribute to further supply chain stress.

Think about this for a moment: The current reduction in oil prices and energy is artificial and government driven, not supply and demand driven. Oil prices in the US are being kept down by Joe Biden’s constant supply dumps from the strategic reserves. Eventually Biden is going to run out of oil to drop on markets and he will have to replenish those reserves at a much higher cost.

Furthermore, oil and energy prices are being kept down because of China’s suspiciously bizarre Zero Covid policy, which is slowing their economy to a crawl and reducing oil usage to a minimum. With public riots escalating, the CCP will probably seek to ease conditions as a means to placate dissent, playing a game of release the steam valve. A reopening by early next year is on the way, with a number of controls still in place of course.

As soon as China reopens, oil prices will skyrocket once again on the global market.

Then, there is the war in Ukraine and the ongoing sanctions against Russia. Europe is about to face the worst winter in decades with natural gas supplies severely limited and the cost of power for manufacturing no longer tenable. Their only hope is for mild temperatures for the rest of the season. If the current trend continues, production in Europe will be throttled, causing chaos in the global supply chain.

High energy prices and supply chain disruptions will mean ongoing inflated prices in goods and services well into 2023, even with a contraction in jobs markets and stock markets. I will be publishing an article soon with a working theory on how the US could actually stop inflation without crushing the rest of the economy. The model would require cooperation from leaders at the state level, though, along with a number of business interests that focus on necessities. In the meantime, I suggest readers stock provision whenever possible and organize within their local communities before next April.