America is the Enemy of Everyone (including itself)

Traitors Conspire with Enemies to Destroy Their Country

The particularly pertinent question arises today if there ever was a time when we believed what our leaders told us. How long ago was that? Are any of us old enough to remember it? Has anyone ever lived that long?

You must give up your freedom to stay alive is their constant refrain.

And right up to this very moment we continue to suffer from the same eternal scam. Do we really trust our leaders? Our president says we must stay in our homes to stop the spread of this disease and that only this super duper new vaccine can stop infecting others. What a noble reason that would be!

We believed that story right up until the other day when a Pfizer pharmaceutical functionary told the European Parliament, “Oh no, we never tested for that. We were trying to keep up with the speed of science.”

In essence, what she said was, ‘we don’t know if it works or not.’

So how many people during the last few years have lost their lives believing that this test had been done and that was the reason why their government, which they typically obeyed, ordered them to take shots that by now some estimates report have killed more than a million people (some say 20 million!) and totally disrupted the lives of practically everyone on the planet?

As airline pilots drop dead in mid-flight and finely tuned athletes keel over on their playing fields, still our government continues to demand we submit to this killer jab, which its manufacturer admits will not stop the spread of this still unidentified disease.

Tragic though this mistake has been for the world and for those who have lost so many of the ones they loved because of it, it is not really an unusual event.

In fact, it is typical of a country that has killed billions — yes, billions of people, both enemies and sincere patriotic defenders who were our beloved parents and children — over lies we were forced to believe despite essential questions that were never really asked.

What happens when leaders are cut off from their people when each becomes irrelevant to the other? What happens to their followers? Whom do they follow? This is especially dangerous in a country in which everyone has been taught not to think, but only to respond and obey.

Now we are only allowed to follow what we are ordered to believe, without ever questioning whether those orders are true or false. If we disobey, we are punished and our lives are often ruined.

While black psychos burn down American cities, law-abiding white folks are called the greatest danger to peace by a senile pervert president who has done nothing but deliberately sabotages his country as he insanely tries to start World War 3.

We are constantly made to believe the U.S. military is acting with noble motives when the opposite is true. Even considering the nasty facts we have learned in the past few years, bleary-eyed Americans continue to want to wave their flags.

No finer example of this insane asylum reality could be seen in the halls of the U.S. Congress last week by a visit of Ukrainian puppet Zelensky, who was showered with undeserved praise and billions of dollars which are now shown to be clandestinely filtered back into the bottomless pockets of corrupt American politicians.

In the case of recent U.S. wars, none of which were meant to protect the American homeland, the modus operandi has been the same: fighting for the profits of billionaire arms dealers and drug smugglers while the everyday population struggles to survive and sacrifices our children to the whims of these smug megalomaniacs.

Traitors consort with their enemies and betray and sabotage their allies. Does the name Hunter Biden ring a bell?

Leaders embarrass their citizens with preposterously stupid maneuvers where no need exists, acting in the interests of foreign powers who betray Americans as they steal our future. Have you tired of hearing the growing threat of anti-Semitism?

Most anti-Semitic acts are perpetrated by Jews themselves, trying to curry favor from those they try to swindle.

Bankers have been trying to turn the whole world into one single Communist country since Abraham Lincoln was president. One hundred sixty years and 29 presidents later, they are on the cusp of succeeding, as we pass the point where presidents of countries no longer matter — only presidents of banks do. All banks are run by Jews. 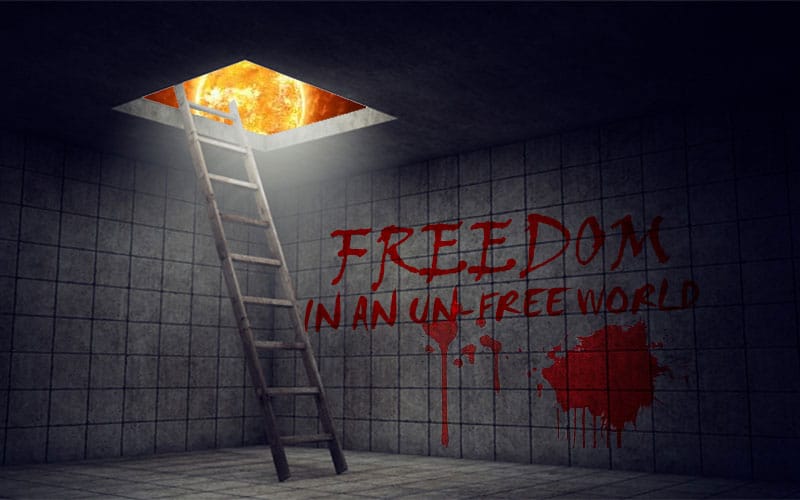 Americans start all the wars

When you look more closely at all these events of our history, you hear a certain disturbing tinkling in our thought processes, one that makes us suspect we as a culture have been acting insanely without really realizing it.

Trying to kill something that can’t be killed — namely, our own deaths — by constantly killing as many as we can, because we have identified them as our enemies.

It’s really shocking how stupid Americans are by believing we need to go to war over false pretexts created by arms manufacturers and money smugglers to conceal all their criminal activities beneath manufactured political crises that motivate the public into supporting unnecessary carnage that profits only the Jewish moneymen raping countries while squandering the lives of our soldiers, whom we have never valued highly.

We keep sinking to lower and lower depths, both with the lies and their consequences until we are no longer able to deny the shocking fact that all this time simple greed covering up transparent lies has motivated our insane behavior.

We started the war in Ukraine. We staged a revolution there for $5 billion and now have fed this growing fire in the mind with many billions more, then tried to convince ourselves that Russia was wrong for trying to defend itself, a lurid lie that most Americans eagerly believe.

Quick now, closely examine all the wars of our lifetime. We started them all over false stories we were commanded to believe. We staged a revolution in Ukraine in order to build Biolabs with which we could infect our perennial enemy Russia with nightmare diseases.

At the same time we were infecting our own people — all the people in the world, in fact — with other poison plagues as our leaders — nightmare Bill Gates, pervert Klaus Schwab, and puppy killer Anthony Fauci — told us where necessary. These are our leaders. We are their mindless killers, doing their dirty work, all because we believed what we heard on the TV.

Over and over again.

Syria. The secret war that continues to protect oil that isn’t ours, where we deliberately murdered little children in large groups — twice — to prove that Syrians were bad people. The war for oil, which never needed to be fought, goes on in secret, while our focus is diverted to other places, other wars, all covered up by lies.

Like next door in Iraq, where the people who never wanted us there continue to beg us to leave. But we refuse them and keep on killing. Do you really know what happened in Fallujah? Put it this way: Hiroshima, Dresden, Fallujah! White phosphorus mixed with blood. You paid for it.

Then Libya. The world’s most functioning democracy, by comparison, an embarrassment to police state America, destroyed by the lies of Obama and Hillary, another favor to Israel, now a terrorist-wracked failed state, where once they were pampered by their government, now starving and bleeding under U.S.-imposed, Jewish-media-driven lies.

Now Yemen, in the way of Jewish Saudi Arabia’s Dark Age policies, starving independent people, slaughtering them if they resist, just the way Jewish America has done for more than a century.

And way back when, to get us to this point where following the lies produced by Washington, New York and wherever the Jews are hiding in Israel, Switzerland and Miami Beach, the countries fall like the dominoes we once described as Communism festering in Moscow that now emanate from London and its simpering satellites undermining freedom in every country on Earth.

All the way back to Vietnam, Korea, Germany, Japan, the Philippines, Cuba, Mexico . . .  count the countries, America has been there, plundering, murdering . . . 239 years of war in our 247-year history. Who even remembers 12 million murdered American Indians?

We can’t keep track of all our wars or the false reasons for conducting them. And now, to top off the list in a convenient fashion — America is the enemy of everyone, including itself.

Just watch TV, read your local newspaper, listen to your so-called president, or for that matter, just ask your neighbor. You’ll get the same advice. Just do what you’re told. Don’t think too hard about what might happen. That would be unpatriotic.

Isn’t that what they always say? Will you continue to put up with it until you die, prematurely? It sure looks that way. 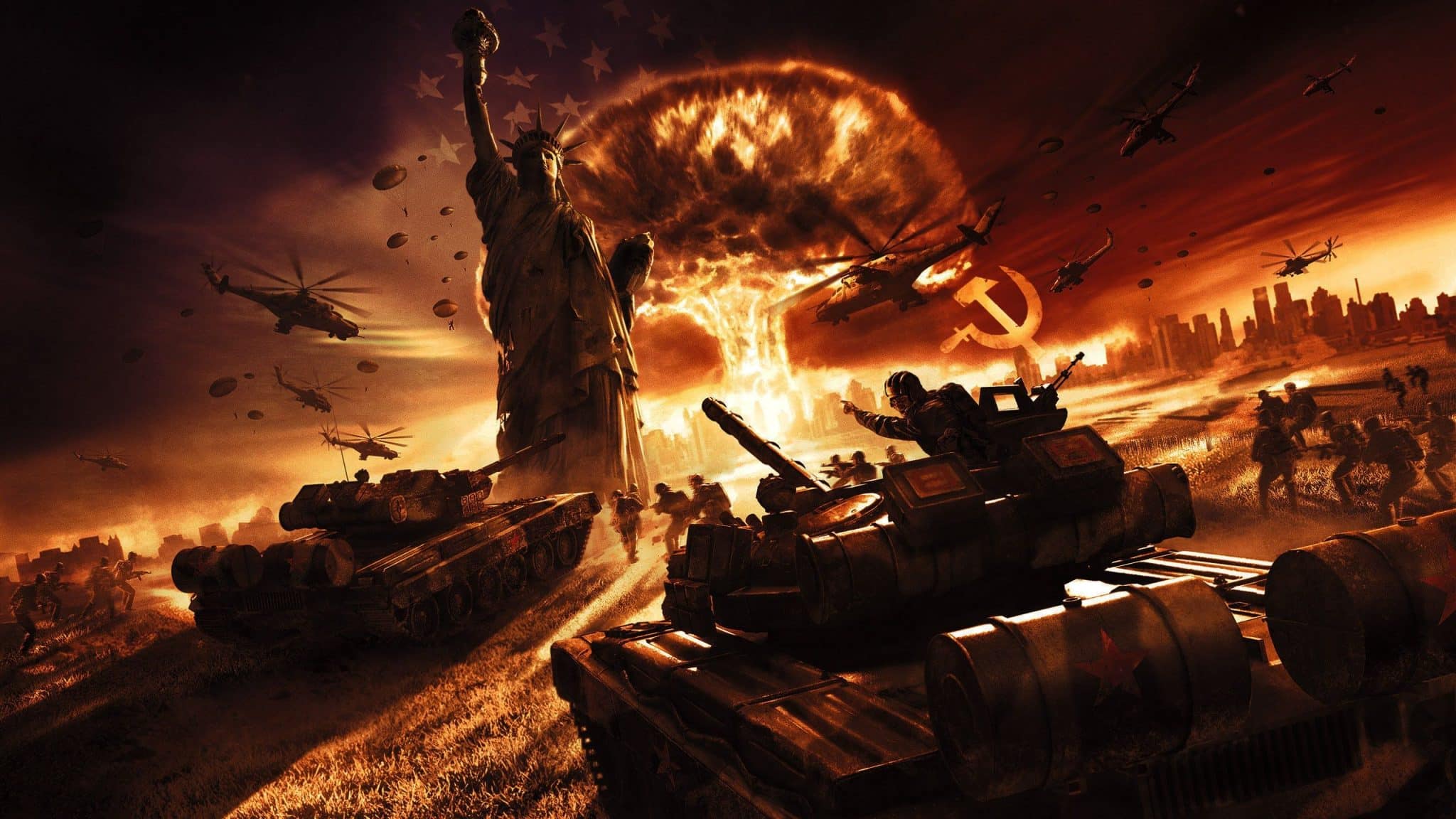 We sacrifice our souls to stay alive

It happens to everyone, every day, in some way.

Because the United States has broken every treaty, every agreement, and every promise it has ever made to anyone, including its own citizens, it can never be trusted to keep its word on anything. Therefore it cannot be repaired, reformed, or rehabilitated; it can only be destroyed and reconstructed into something less toxic, less untrustworthy, and less dangerous to its own citizens and the rest of the world.

To act otherwise would mean the world would have to lie to itself, which is what the United States has always demanded it do. The practice must end, and end now, lest further lies irreparably damage the future of the human species, as well as the future of all life on Earth. You either tell the truth or continue to live as zombies, sacrificing your children in the process.

Living this lie we’re living is not really living at all. We are living the life of the zombies we have become, headed for the unmistakable apocalypse that awaits us.

John Kaminski is a writer who lives on the Gulf Coast of Florida, constantly trying to figure out why we are destroying ourselves, and pinpointing a corrupt belief system as the engine of our demise. Solely dependent on contributions from readers, please support his work by mail: 6871 Willow Creek Circle #103, North Port FL 34287 USA.