Here’s how the International Banking Cartel put the blame on one bank CEO for the 1929 stock market crash.

The Man Who Busted the ‘Banksters’ 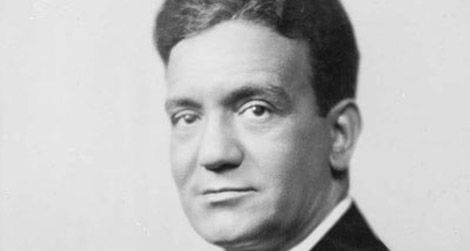 Three years removed from the stock market crash of 1929, America was in the throes of the Great Depression, with no recovery on the horizon.  As President Herbert Hoover reluctantly campaigned for a second term, his motorcades and trains were pelted with rotten vegetables and eggs as he toured a hostile land where shanty towns erected by the homeless had sprung up. They were called “Hoovervilles,” creating the shameful images that would define his presidency. Millions of Americans had lost their jobs, and one in four Americans lost their life savings. Farmers were in ruin, 40 percent of the country’s banks had failed, and industrial stocks had lost 80 percent of their value.

With unemployment hovering at nearly 25 percent in 1932, Hoover was swept out of office in a landslide, and the newly elected president, Franklin Delano Roosevelt, promised Americans relief. Roosevelt had decried “the ruthless manipulation of professional gamblers and the corporate system” that allowed “a few powerful interests to make industrial cannon fodder of the lives of half the population.”  He made it plain that he would go after the “economic nobles,” and a bank panic on the day of his inauguration, in March 1933, gave him just the mandate he sought to attack the economic crisis in his “First 100 Days” campaign.  “There must be an end to a conduct in banking and in business which too often has given to a sacred trust the likeness of callous and wrongdoing,” he said.

Ferdinand Pecora was an an unlikely answer to what ailed America at the time. He was a slight, soft-spoken son of Italian immigrants, and he wore a wide-brimmed fedora and often had a cigar dangling from his lips. Forced to drop out of school in his teens because his father was injured in a work-related accident, Pecora ultimately landed a job as a law clerk and attended New York Law School, passed the New York bar and became one of just a handful of first-generation Italian lawyers in the city. In 1918, he became an assistant district attorney. Over the next decade, he built a reputation as an honest and tenacious prosecutor, shutting down more than 100 “bucket shops”—illegal brokerage houses where bets were made on the rise and fall prices of stocks and commodity futures outside of the regulated market. His introduction to the world of fraudulent financial dealings would serve him well.

Just months before Hoover left office, Pecora was appointed chief counsel to the U.S. Senate’s Committee on Banking and Currency. Assigned to probe the causes of the 1929 crash, he led what became known as the “Pecora commission,” making front-page news when he called Charles Mitchell, the head of the largest bank in America, National City Bank (now Citibank), as his first witness. “Sunshine Charley” strode into the hearings with a good deal of contempt for both Pecora and his commission. Though shareholders had taken staggering losses on bank stocks, Mitchell admitted that he and his top officers had set aside millions of dollars from the bank in interest-free loans to themselves. Mitchell also revealed that despite making more than $1 million in bonuses in 1929, he had paid no taxes due to losses incurred from the sale of diminished National City stock—to his wife. Pecora revealed that National City had hidden bad loans by packaging them into securities and pawning them off to unwitting investors. By the time Mitchell’s testimony made the newspapers, he had been disgraced, his career had been ruined, and he would soon be forced into a million-dollar settlement of civil charges of tax evasion. “Mitchell,” said Senator Carter Glass of Virginia, “more than any 50 men is responsible for this stock crash.”

The public was just beginning to get a taste for the retribution that Pecora was dishing out. In June 1933, his image appeared on the cover of Time magazine, seated at a Senate table, a cigar in his mouth. Pecora’s hearings had coined a new phrase, “banksters” for the finance “gangsters” who had imperiled the nation’s economy, and while the bankers and financiers complained that the theatrics of the Pecora commission would destroy confidence in the U.S. banking system, Senator Burton Wheeler of Montana said, “The best way to restore confidence in our banks is to take these crooked presidents out of the banks and treat them the same as treated Al Capone.”

President Roosevelt urged Pecora to keep the heat on. If banks were worried about the hearings destroying confidence, Roosevelt said, they “should have thought of that when they did the things that are being exposed now.”  Roosevelt even suggested that Pecora call none other than the financier J.P. Morgan Jr. to testify. When Morgan arrived at the Senate Caucus Room, surrounded by hot lights, microphones and dozens of reporters, Senator Glass described the atmosphere as a “circus, and the only things lacking now are peanuts and colored lemonade.”

Morgan’s testimony lacked the drama of Mitchell’s, but Pecora was able to reveal that Morgan maintained a “preferred list” of friends of the bank (among them, former president Calvin Coolidge and Supreme Court justice Owen J. Roberts) who were offered stock at highly discounted rates. Morgan also admitted that he had paid no taxes from 1930-32 because of losses following the crash of 1929. Though he had done nothing illegal, the headlines damaged him. He privately referred to Pecora as a “dirty little wop” and said he bore “the manners of a prosecuting attorney who is trying to convict a horse thief.”

At a break in the hearings, a Ringling Bros. press agent barged into the room, accompanied by a performer named Lya Graf, just 21 inches tall. “Gangway,” the agent shouted, “the smallest lady in the world wants to meet the richest man in the world.” Before Morgan knew what was happening, the diminutive lass was perched on the tycoon’s lap, and dozens of flash bulbs popped.

“Where do you live?” Morgan asked the girl.

Senator Glass’s description of the hearings proved prophetic; the atmosphere had become truly circus-like. And although Morgan’s appearance marked the height of the drama, the hearings continued for nearly another year, as public outrage over the conduct and practices of the nation’s bankers smoldered. Roosevelt took advantage of the public sentiment, arousing broad support for regulation and oversight of the financial markets, as the Pecora Commission had recommended. After passing the Securities Act of 1933, Congress established the Securities and Exchange Commission to regulate the stock market and to protect the public from fraud. The Pecora commission’s report also endorsed the separation of investment and commercial banking and the adoption of bank deposit insurance, as required by Glass-Steagall, which Roosevelt signed into law in 1933.

By investigating Wall Street business practices and calling bankers in to testify, Ferdinand Pecora exposed Americans to a world they had no clue existed. And once he did, public outrage led to the reforms that the lords of finance had, until his hearings, been able to stave off.  His work on the commission complete, Pecora had hoped to be appointed chair of the SEC. Instead, Roosevelt surprised the nation by naming Joseph P. Kennedy to the position—a reward, many assumed, for Kennedy’s loyalty during FDR’s campaign.  When asked why he’d chosen such a manipulator as Kennedy, FDR famously replied, “Takes one to catch one.” Pecora was nominated as commissioner of the SEC, where he worked under Kennedy.

In 1939, Pecora published Wall Street Under Oath, which offered a dire warning. “Under the surface of the governmental regulation, the same forces that produced the riotous speculative excesses of the ‘wild bull market’ of 1929 still give evidences of their existence and influence.… It cannot be doubted that, given a suitable opportunity, they would spring back into pernicious activity.”

Ferdinand Pecora would be appointed as a justice on the New York State Supreme Court in 1935 and run unsuccessfully for mayor of New York City in 1950. But he had already left his legacy: his investigation into the financial abuses behind the crash of 1929 led to the passage of the Securities Act, the Glass-Steagall Act and the Securities Exchange Act. The protections he advocated are still being debated today.