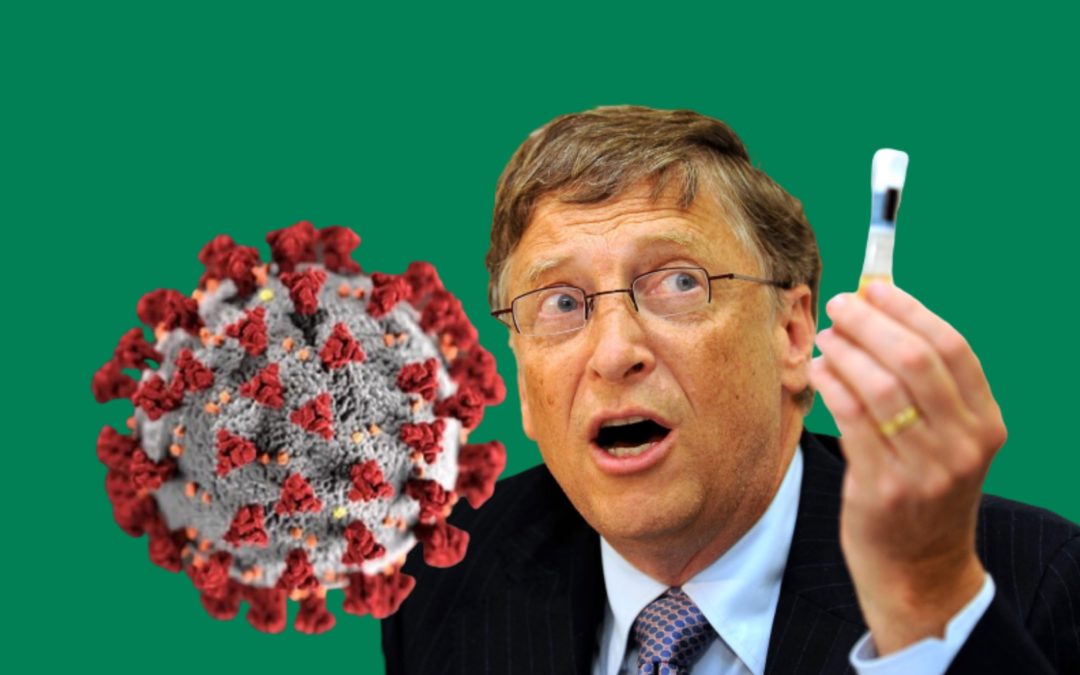 Microsoft founder Bill Gates announced on March 18, 2020 during a “Reddit ‘Ask Me Anything’ session” that he is working on a new, invisible “quantum dot tattoo” implant that will track who has been tested for COVID-19 and who has been vaccinated against it.

According to BioHackInfo.Com: “The quantum-dot tattoos involve applying dissolvable sugar-based microneedles that contain a vaccine and fluorescent copper-based ‘quantum dots’ embedded inside biocompatible, micron-scale capsules. After the microneedles dissolve under the skin, they leave the encapsulated quantum dots whose patterns can be read to identify the vaccine that was administered.”

The Covid-19 vaccine is already under research and development and experts say it will likely be available in about 18 months. Will this mean forced vaccinations or perpetually “sheltering in place” for those who refuse the coronavirus vaccine? Gates is simultaneously working on the ID2020 Certification Mark, which according to pymnts.com utilizes “immunization to serve as a platform for digital identity”. The Gates Foundation has also formed an alliance with Accenture, IDEO, Gavi, and the Rockefeller Foundation to make ID2020 a reality.

It was recently announced that Covid-19 has the ability to survive on cash for up to 10 days. How long before businesses shun paper money for fear of the virus and people demand a cashless society? According to New9.Com: “A growing number of businesses and individuals worldwide have stopped using banknotes in fear that physical currency, handled by tens of thousands of people over its lifetime, could be a vector for the coronavirus”. In South Korea, the country’s central bank went as far as taking cash out of circulation for two weeks, and even burned paper money in some cases. A draft of the upcoming economic stimulus bill also contained a provision that required creating a U.S. digital dollar, but was removed at the last minute. Democratic Senator Sherrod Brown has been pushing for the digital dollar, saying that it would “allow everyone to set up a digital dollar wallet, called a ‘FedAccount,’ a free bank account that can be used to receive money, make payments, and take out cash.” Will this eventually be tied into a “mark” or digital tattoo, let’s say, that has the ability to not only track you with ID2020, confirm if you’ve been vaccinated, and also tie in the banking system all into one easy to implant, invisible, digital mark?

MIT has been developing the quantum tattoo at Bill Gates’ direction and funding. MIT researchers have “found a covert way to embed the record of a vaccination directly in a patient’s skin rather than documenting it electronically or on paper—and their low-risk tracking system could greatly simplify the process of maintaining accurate vaccine records, especially on a larger scale,” according to ScienceAlert.Com. The Bill and Melinda Gates Foundation funded MIT’s research for the invisible mark, which was published in the journal, Science Translational Medicine, in December 2019. “The invisible “tattoo” accompanying the vaccine is a pattern made up of minuscule quantum dots – tiny semiconducting crystals that reflect light – that glows under infrared light.”

It would be very clever of Satan to make the mark of the beast invisible.

While we cannot predict “the day or the hour”, when you put all these components together, it’s starting to look a lot like the beginnings of the end. “And he causeth all, both small and great, rich and poor, free and bond, to receive a mark in their right hand, or in their foreheads: And that no man might buy or sell, save he that had the mark, or the name of the beast, or the number of his name” (Revelation 13:16-17).

At the very least, world events signal the very real likelihood of compelled vaccinations, as the world complies with orders to “shelter in place”.