Why is a US Navy captain literally begging for help with the coronavirus outbreak on his aircraft carrier?

Coronavirus: US Navy captain pleads for help over outbreak 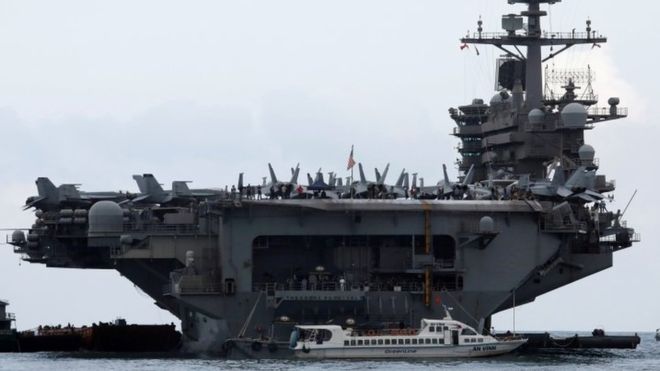 The captain of a US aircraft carrier carrying more than 4,000 crew has called for urgent help to halt a coronavirus outbreak on his ship.

Scores of people on board the Theodore Roosevelt have tested positive for the infection. The carrier is currently docked in Guam.

“We are not at war. Sailors do not need to die,” Captain Brett Crozier wrote in a letter to the Pentagon.

In the letter Captain Crozier said that with large numbers of sailors living in confined spaces on the carrier isolating sick individuals was impossible.

The coronavirus’ spread was now “ongoing and accelerating”, he warned, in the letter dated 30 March.

“Decisive action is needed,” he said.

“Removing the majority of personnel from a deployed US nuclear aircraft carrier and isolating them for two weeks may seem like an extraordinary measure. This is a necessary risk.”

It is not clear how many crew members on the Theodore Roosevelt have the coronavirus. The San Francisco Chronicle, which first reported on the letter, said at least 100 sailors were infected.

Speaking to Reuters news agency, a US Navy spokesman said the service was “moving quickly to take all necessary measures to ensure the health and safety of the crew of USS Theodore Roosevelt”.