These single and double re-infections in China point directly to either 5G overwhelm or 4G over-exposure. 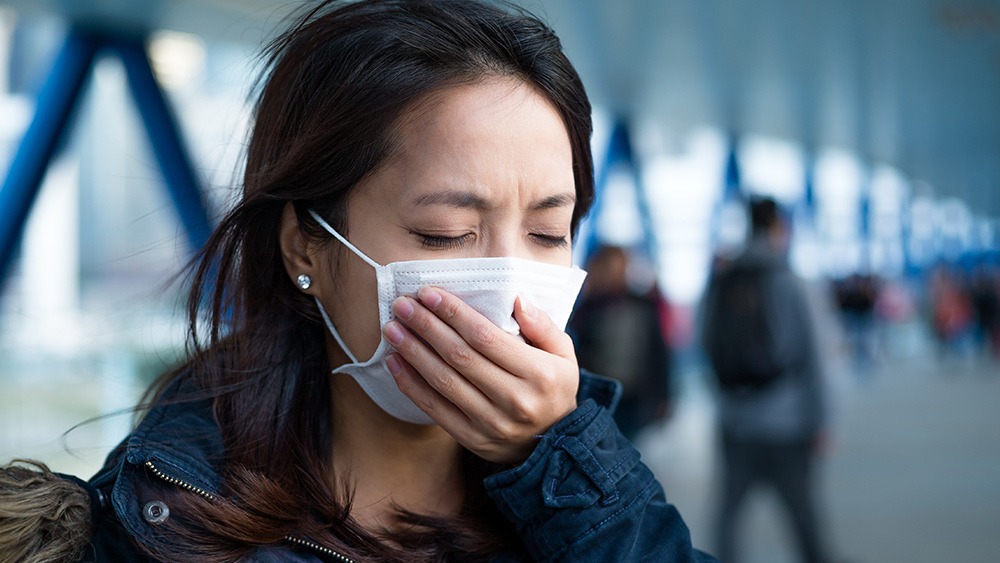 (Natural News) Some survivors of COVID-19 in China are testing positive again for the coronavirus, raising concerns that a second infection by the virus is possible. Some experts — both local and international — are also questioning the accuracy of diagnostic tools used in China, as reports of false negative results have been circulating since last month. This latest development calls into question the Chinese government’s announcement of no new coronavirus cases since March 18, as Wuhan, the epicenter of the outbreak that has now become a pandemic, prepares to lift quarantine measures and re-open the city next month.

According to phone interviews conducted by NPR with four Chinese nationals who tested positive for a second time, many of them appear to be asymptomatic carriers, meaning they no longer have symptoms associated with the coronavirus. These people were discharged from the hospital over the past few weeks after their conditions had improved, and their test results came back negative. However, recent tests conducted as a prerequisite for them to receive medical care for other health concerns showed that they were once again positive for the coronavirus.

As per China’s prevention guidelines for COVID-19, the government does not include people who test positive for a second time in their daily new case count. Neither does it consider asymptomatic cases as confirmed coronavirus cases, so these are excluded from official counts.

“I have no idea why the authorities choose not to count [asymptomatic] cases in the official case count. I am baffled,” one of the four interviewees, a front-line doctor in Wuhan who recovered from the disease but has recently retested positive, told NPR.

Retesting positive for the coronavirus after recovering: Is it due to faulty diagnostics or a second wave of cases?

Speaking in anonymity — as the Chinese government has been detaining those who criticize its handling of the coronavirus crisis — four people from Wuhan confirmed that many survivors, including themselves, are now being isolated and put under medical observation after recent test results, which had previously returned negative, said they were once again positive.

According to data from several quarantine facilities in Wuhan, which is where these people are currently being isolated, up to 10 percent of patients discharged from hospitals test positive again after a few weeks. While many of those who retested positive are now asymptomatic, they weren’t so when they first caught the virus.

All four of those interviewed by NPR said that they had fallen ill after getting infected. One of them, who said he exhibited only mild symptoms, was quarantined in a makeshift treatment center but was later released after his symptoms disappeared. The other three, two of which are medical doctors, were hospitalized and later discharged after making successful recoveries.

When they tested positive for a second time, none of them were showing any signs of coronavirus infection.

As fears of a possible second wave of infection stir concern among Chinese citizens, virologists say that a re-infection is highly unlikely. They believe it is too soon after recovery, but they say this without certainty. The nature of the virus, after all, is still poorly understood by scientists. And so far, it is also still unclear whether these “recovered” patients, who tested positive for a second time, are once again infectious.

But if a re-infection is improbable, then recovered patients may be retesting positive for the coronavirus due to faulty diagnostics. Back in January, ophthalmologist Dr. Li Wenliang, who tried to warn the medical community of a possible outbreak the previous month, said in his Weibo post that he had started showing symptoms on January 10. He was hospitalized three days later but repeatedly tested negative for the coronavirus for weeks. He was only diagnosed correctly with COVID-19 on January 30, but died eight days later on February 7, according to BBC News.

Wang Chen, a director at the Chinese Academy of Medical Sciences, also admitted that the diagnostic tools used to test for COVID-19 have low accuracy. According to Wang’s estimates, viral RNA tests used in China could only accurately identify positive cases 30 to 50 percent of the time, reports NPR.

On the other hand, Dr. Jeffrey Shaman, a professor of environmental health sciences at Columbia University, told the news outlet that these diagnostic tests, which amplify fragments of the virus’ genetic material, are also liable to give false positive results. This is because the RNA they detect could come from residual virus from the initial infection. Recent reports suggest that the coronavirus can remain inside the bodies of recovered patients for a median of 20 days.

Hospitals in Wuhan continue to see new coronavirus cases each day, reported Bloomberg on Wednesday. According to its source Caixin, an independent Chinese news outlet, four new cases of domestic transmission were reported earlier on Monday, signaling that the epidemic in Wuhan is far from over. A local health official also said that he had seen up to a dozen new cases a day, all of which were symptom-free.

But the Wuhan Health Commission was quick to suppress any fears. In a statement released on March 23, it said that only a few of the asymptomatic cases eventually develop symptoms, while the majority are “self-cured.” The commission also said that new asymptomatic patients are being quarantined in specialized wards for 14 days, and would only be counted as confirmed coronavirus cases if they develop symptoms within the isolation period. The commission does not believe asymptomatic carriers can transmit the virus to others.

But despite the authorities’ efforts to assuage growing concerns, there are those who do not buy their narrative. According to one of the doctors who spoke to NPR, what health officials are saying is that they haven’t found proof of symptom-free carriers transmitting the virus to others yet. He believes it’s not the same as saying they are not truly infectious.

“If they really are not infectious, then there would be no need to take them back to the hospitals again,” he said.

Numerous studies have also found evidence that asymptomatic people can still infect others. In February, Chinese researchers described how a 20-year-old woman from Wuhan, who never developed any symptoms associated with COVID-19, infected five of her relatives whom she visited in another city. The woman tested negative on January 26, tested positive on the 28th, then tested negative again on February 5 and 8. None of her infected relatives had traveled anywhere or had contact with a coronavirus patient, suggesting that their infection was due to asymptomatic transmission. While the woman remained symptom-free, the five people she infected were hospitalized due to fever and respiratory symptoms.

Another study, published on March 4 in Science China Life Sciences, reported 24 cases of asymptomatic infection, all of whom were identified by screening their close contacts. While five eventually developed symptoms like fever, cough and fatigue, 12 only showed abnormalities in their chest scans and the other seven remained symptom-free. Nevertheless, these asymptomatic patients were able to infect family members, some of whom developed severe pneumonia.