‘Some of the most extreme decisions in the history of America may not be based upon scientific evidence but instead on projections, assumptions, probables, and possibly inflated mortality rate’ 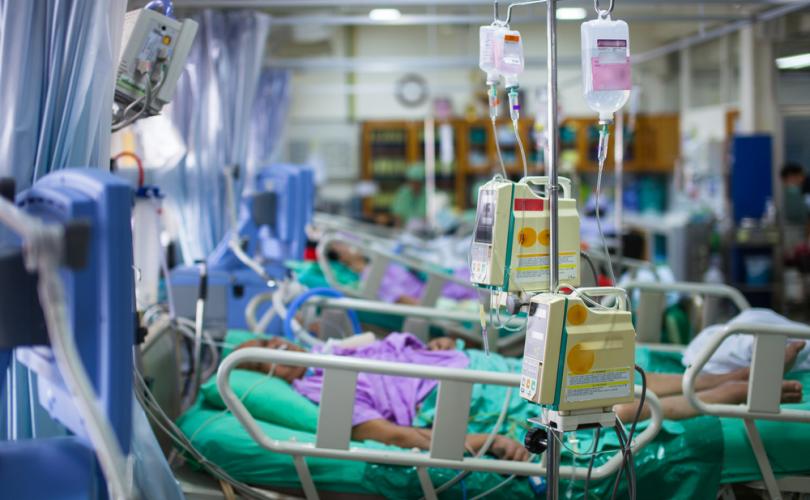 April 1, 2020 (LifeSiteNews) – Some have questioned whether the extreme measures taken to attempt to reduce the spread of “Covid-19” may be doing more harm than good. One question that arises is: upon what facts are government entities basing their decisions to lock up entire states and cancel the public celebration of the Most Holy Sacrifice of the Mass?

Decisions throughout America are likely based, at least partially, upon the tally of “Covid-19 deaths”. It is a somewhat ambiguous phrase, and when one performs the research, one likely finds that there does not appear to be a clear universal definition of a “Covid-19 death.”

In the U.S., the Center for Disease Control and Prevention (CDC) is the authoritative source for a definition. But a definition does not appear to be explicitly stated in expected locations; the CDC’s Covid-19 cases and deaths statistics’ page does not provide a definition of “Covid-19 death.” Does the phrase only refer to deaths from severe acute respiratory syndrome solely caused by the SARS-CoV-2 virus? Or does “Covid-19 death” refer to all deceased people who have received a positive test for the SARS-CoV-2 virus? Does it refer to some who have been merely assumed to have died indirectly from Covid-19-like complications? Does the “Covid-19 death” tally include deceased who had co-infections with other viruses which can cause severe acute respiratory symptoms or pneumonia like H1N1, influenza A or B, or respiratory syncytial virus and thus could also be tallied as a “swine flu/H1N1 death” or “influenza death”?

Are some “Covid-19 deaths” resulting from easily preventable conditions like dehydration rather than severe acute respiratory syndrome?

Additionally, the CDC’s Covid-19 tally includes “presumptive positive cases of COVID-19 reported to CDC” (added emphasis). Does the tally of “Covid-19 deaths” also include “presumptive positive cases of Covid-19”?  Are states and the federal government basing decisions to prohibit public celebration of the Most Holy Sacrifice of the Mass, impose unemployment, potential poverty, and potentially life-threatening problems on millions of Americans off of faulty and misleading assumptions and presumptions?

Again, it is not outright evident what is included in the phrase “Covid-19 death.” One has to do some literature research on the source of mortality data for potential hints. According to the CDC, “[t]he basic source of information about mortality is the death certificate.”  One clue, then, is observable in how the CDC is advising physicians to fill out death certificates. Death certificates should describe immediate cause of death as well as factors contributing to death. In many states, death certificates are public records. From the CDC:

Death certificates are used for surveillance [of HIV/AIDS, influenza, pneumonia, tuberculosis, etc.], outbreaks, and emergency activities…because death is a sentinel event. Rapid reporting of deaths is required by law. The information is used at local and state health departments and the Centers for Disease Control and Prevention (CDC) for rapid response. (No. 6)

It is apparent, then, that national mortality data including the CDC’s “Covid-19 deaths” statistics arise from what is reported on death certificates.

Physicians document the medical information on the death certificate. How, then, are physicians advised to record a death in which SARS-CoV-2 virus or “Covid-19” may be involved?

The CDC recently published a “Covid-19 Alert” dated March 24, 2020 with guidance on the topic. The document summarizes potential questions from death certificate certifiers, which are most often physicians. One question which indicates how broadly “Covid-19 death” is being defined is, “[s]hould ‘COVID-19’ be reported on the death certificate only with a confirmed test?” The CDC gives the following guidance:

COVID-19 should be reported on the death certificate for all decedents where the disease caused or is assumed to have caused or contributed to death. Certifiers should include as much detail as possible based on their knowledge of the case, medical records, laboratory testing, etc. If the decedent had other chronic conditions such as COPD or asthma that may have also contributed, these conditions can be reported in Part II. [Original emphasis]

It is known that many “Covid-19 deaths” occur in individuals with multiple underlying medical problems. And if a “Covid-19 death” includes “decedents where the disease caused or is assumed to have caused or contributed to death”, as the alert above states, then it follows that the CDC’s official tally of “Covid-19 deaths” does not mean what millions of Americans think it means.

“Covid-19 deaths” also apparently includes deceased who may have had co-infections with other viruses which also could be “assumed to have contributed to death”. Examples include HIV/AIDS which weakens the immune system along with non-Covid-19 viruses which may cause pneumonia and severe acute respiratory symptoms. How many “Covid-19 deaths” are among persons with multiple viral infections?

One could assume that SARS-CoV-2 virus would contribute to death in a patient who already has pneumonia resulting from H1N1. Or, one could assume there are deceased who have tested positive for co-infections with the SARS-CoV-2 virus, the swine flu, influenza, and/or respiratory syncyctial virus. According to the above federal government guidance to physicians, the death certificate of such deceased who tested positive for SARS-CoV-2 virus along with other viral infections would be counted in the CDC’s tally of “Covid-19 deaths.”

A related statistic that does not appear to be publicized is the number of “Covid-19 deaths” among immunodeficient persons. A reasonable person might ask if the deceased recorded as “Covid-19 deaths” contracted respiratory syncytial virus or influenza instead of SARS-CoV-2 virus, would they still likely die? And if those are included in the “Covid-19 deaths”, should mortality data of those deaths be the basis for shutting down almost the entire country? How many “Covid-19 deaths” are among working-aged or working-class persons without immunodeficiency? This is not to trivialize life and death but instead to question possibly problematic logic in decision making among powerful government authorities.

The CDC’s alert above indicates that “Covid-19 deaths” includes some who may not have even tested positive for the virus. Other “Covid-19 deaths” may include mere assumptions that Covid-19 probably contributed to death in persons that may have succumbed to other viruses had they contracted them.

Notably, too, the above guidance on how Covid-19 deaths should be reported by physicians on death certificates is dated March 24, 2020. The alert provides a very broad guidance of what physicians should report on death certificates and is then apparently included in the CDC’s tally of “Covid-19 death” mortality data. If one views the data of daily reported deaths after March 24, 2020, one finds that there was an apparent sudden increase in daily “Covid-19 deaths.” This may not be due to spread of the virus, though, as one may be misled to think. It may be a result of the March 24, 2020 guideline from the CDC which says that “COVID-19 should be reported on the death certificate for all decedents where the disease caused or is “assumed to have caused or contributed to death”; as this is stated, it would include some that have not tested positive for SARS-CoV-2 virus. And, as written, it includes many others that may have co-infections with other viruses which may be “assumed to have contributed to death”. Or, it could include patients with COPD and a recent history of pneumonia resulting as a side effect of certain medications but with Covid-19 “assumed to have contributed to death”. Thus, mortality statistics of “Covid-19 deaths” could have immediately inflated after March 24, 2020 as a result.

And, the CDC itself notes that it is often the case that deceased individuals have “so many medical problems” which make it difficult to specify the underlying cause of death on a death certificate. Apparently in reference to such circumstances, the CDC guides in the following manner:

Since all patients testing positive for SARS-CoV-2 virus will already likely be reported to the state and local health departments as well as the CDC, and since the CDC is nudging physicians to include Covid-19 as the underlying cause of death, it seems likely that physicians will “more often than not” include this on the death certificate just to be safe in terms of preventing possible future legal action.

Oftentimes Catholics get falsely accused of opposing science. Here we have a case of a powerful government entity using assumptions, “probables”, and pre-determined or skewed results which may inflate mortality data. That is in opposition to basic scientific principles. If drug study leaders (with trillions of dollars to potentially give to hospitals) comparing two different drugs informed all physician participants throughout the U.S. to expect to report Drug A to be effective or to report “more often than not” Drug B will be the underlying cause of death, the results of such a study would be considered at minimum not trustworthy.

Indeed, the “Covid-19 deaths” tally does not appear to be defined in the way that most people think. And it appears as though some of the most extreme decisions in the history of America may not be based upon scientific evidence but instead on projections, assumptions, probables, and possibly inflated mortality rates.

Robert L. Kinney III, Pharm.D., M.A. holds a Doctor of Pharmacy from Purdue University and an M.A. in Philosophy with a concentration in bioethics from Franciscan University of Steubenville. He has been published in The Linacre Quarterly, National Catholic Bioethics Quarterly, Crisismagazine.com, and Homiletic and Pastoral Review.