5G Telecoms in a panic as corporate media told to censor or debunk 5G-Coronavirus connection, BBC article below shows how desperate the MSM is to hide 5G and COVID-19 truth 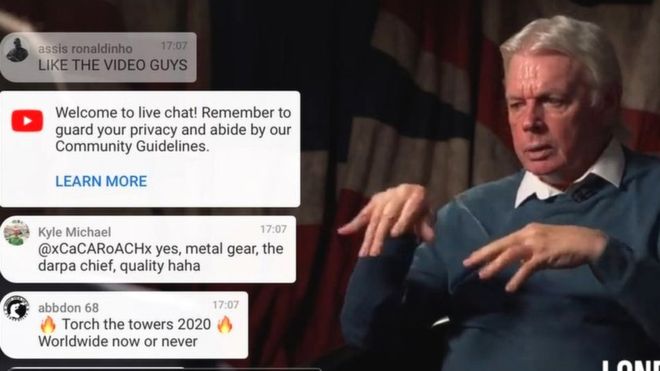 The Google-owned service will now delete videos violating the policy. It had previously limited itself to reducing the frequency it recommended them in its Up Next section.

The move follows a live-streamed interview with conspiracy theorist David Icke on Monday, in which he had linked the technology to the pandemic.

During the interview, Mr Icke falsely claimed there “is a link between 5G and this health crisis”.

And when asked for his reaction to reports of 5G masts being set on fire in England and Northern Ireland, he responded: “If 5G continues and reaches where they want to take it, human life as we know it is over… so people have to make a decision.”

Several users subsequently called for further attacks on 5G towers in the comments that appeared alongside the feed.

Mr Icke also claimed that a coronavirus vaccine, when one is developed, would include “nanotechnology microchips” that would allow humans to be controlled. He added that Bill Gates – who is helping fund Covid-19 vaccine research – should be jailed. His views went unchallenged for much of the two-and-a-half-hour show.

The interview was watched by about 65,000 people as it was streamed, some of whom clicked an on-screen button to trigger payments to make their live chat reactions stand out.

YouTube only deleted the content after the session had ended, despite being aware of the broadcast while it was ongoing.

It changed its rules after the BBC questioned why the video was permitted.

“We have clear policies that prohibit videos promoting medically unsubstantiated methods to prevent the coronavirus in place of seeking medical treatment, and we quickly remove videos violating these policies when flagged to us,” a spokeswoman for YouTube told the BBC.

“Now any content that disputes the existence or transmission of Covid-19, as described by the WHO [World Health Organization] and local health authorities is in violation of YouTube policies.

“This includes conspiracy theories which claim that the symptoms are caused by 5G.

“For borderline content that could misinform users in harmful ways, we reduce recommendations. We’ll continue to evaluate the impact of these videos on communities around the world.”

Users who repeatedly break the rules now face being prevented from being able to use YouTube’s Live tool.

The firm may also prevent repeat offenders from earning money, and said it would terminate channels as a last resort.

In this case, YouTube is allowing the interview’s host to keep earnings generated via the Super Chats tool while the video was still online.

But it is giving its own cut of the proceeds to charity, and has put the channel involved under review. 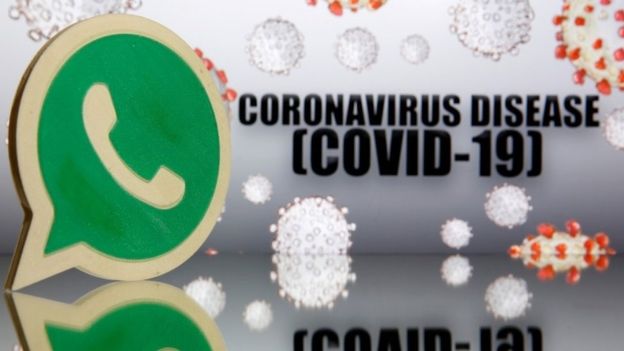 Facebook’s app is limiting users to only being able to forward a message to one chat at a time if the same post has already been shared five or more times by the wider community. Such posts are labelled with double arrows to make their status known.

Previously, the app had limited such messages to being forwarded to five different chats at once – a limit it had first introduced in 2018 to combat the spread of disinformation in India.

“We’ve recently seen a significant increase in the amount of forwarding, which users have told us can feel overwhelming and can contribute to the spread of misinformation,” it said, explaining the latest move.

“We believe it’s important to slow the spread of these messages down to keep WhatsApp a place for personal conversation.”

Conspiracy theories linking 5G signals to the coronavirus pandemic continue to spread despite there being no evidence the mobile phone signals pose a health risk. 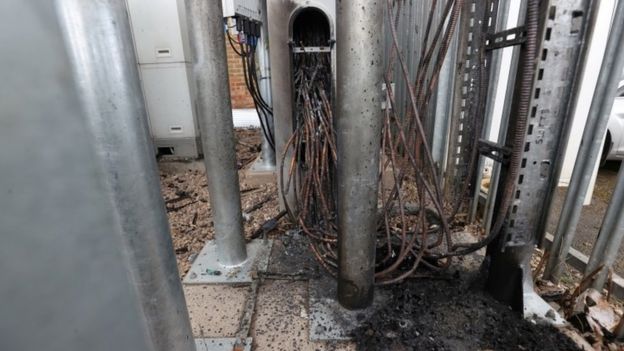 One falsely suggests 5G suppresses the immune system, the other falsely claims the virus is somehow using the network’s radio waves to communicate and pick victims, accelerating its spread.

While 5G uses different radio frequencies to its predecessors, it’s important to recognise that the waveband involved is still “non-ionising”, meaning it lacks enough energy to break apart chemical bonds in the DNA in our cells to cause damage.

Earlier this year, scientists at the International Commission on Non-Ionizing Radiation Protection completed a major study of related research into the topic.

While it recommended slightly tighter limits on the transmitting capabilities of handsets themselves to minimise any chance of damage caused by human tissue being heated, its key finding was that there was no evidence that either 5G networks or earlier systems could cause cancer or other kinds of illness.

The second theory appears to be based on the work of a Nobel Prize-winning biologist who suggested bacteria could generate radio waves.

But this remains a controversial idea and well outside mainstream scientific thought. In any case, Covid-19 is a virus rather than a bacteria.

There’s another major flaw with both these theories. Coronavirus is spreading in UK cities where 5G has yet to be deployed, and in countries like Japan and Iran that have yet to adopt the technology.