Why are they emptying out the nursing homes? Is this trend connected to the high COVID-19 death rate among the elderly? 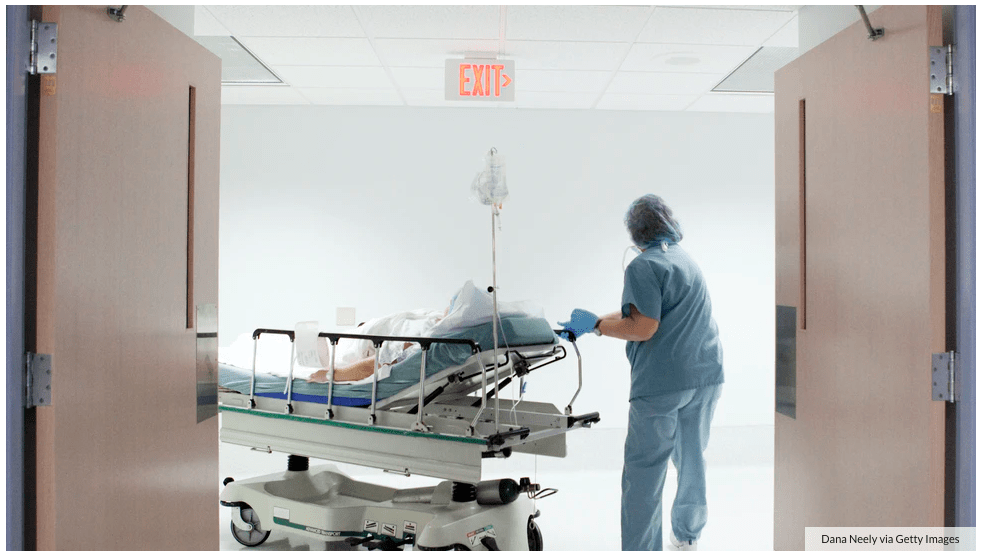 Elderly patients at a Southern California nursing home have been evacuated after staff failed to show up for work for the second day in a row.

CNN reported that patients of Magnolia Rehabilitation and Skilled Nursing Center in Riverside, California, had been evacuated to other nursing facilities. The center had been hit by the coronavirus, the outlet reported, and at least 34 out of the 84 patients contracted the virus along with five staff members.

A news release from the Riverside County Public Health Department stated that all 84 patients were being moved to other facilities and that just one certified nursing assistant showed up for work in the past two days.

“For example, one certified nursing assistant of the 13 scheduled showed up to work at the Magnolia Rehabilitation and Nursing Center, which prompted Riverside University Health System and Kaiser Permanente to send a total of 33 licensed vocational nurses and registered nurses to care for the residents at the facility. Staffing demands, however, require the patients be moved today,” the department stated.

Because of the number of COVID-19-positive patients being moved, the department announced protective measures for receiving nursing facilities.

“The receiving skilled nursing facilities will undergo standard COVID-19 containment measures. This includes closing the facilities to new patients, limitations on staff to not work at other facilities, the isolation of sick patients, and close monitoring of all patients by staff. All employees use personal protective equipment,” the department said.

The department also stated that Riverside County had more than 1,000 cases of the coronavirus. Twenty-eight people have died from the virus in the county, and 67 recovered.

“Rehabilitation facilities and nursing homes present a challenge for health officials due to the age and health conditions of the residents, as well as their close proximity to each other. The county prioritizes investigations in these facilities due to the high risk of serious illness that outbreaks pose,” the department said.

The Press Democrat reported slightly different numbers than the press release, writing that health officials told the outlet 16 staff members at Magnolia tested positive for COVID-19. The news outlet also said that Extended Care Hospital of Riverside, a nearby nursing facility, saw 28 patients and 26 staff members infected with the virus.

“It may be the first such evacuation in the state,” the outlet reported. “An outbreak at a skilled nursing facility in neighboring San Bernardino County that infected more than 50 people and killed five caused staffing shortages but residents didn’t have to move.”

More from the Press Democrat:

In the Central Valley, the Redwood Springs Healthcare Center in Visalia reported 57 cases and one death. The nursing home accounts for about one-third of all the infections in Tulare County.