Just how many COVID-19 false positives are being counted? Why so many re-infections? 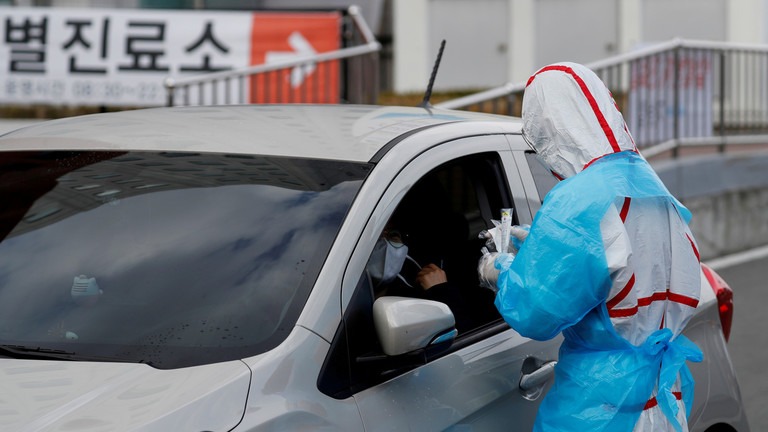 Troublesome results from South Korea and China, showing some of the patients who recovered from the coronavirus test positive again, could throw off widely accepted strategies for battling the virus, from shutdowns to vaccines.

After about 50 recovered patients in the city of Daegu tested positive for Covid-19 again, the Korea Centers for Disease Control and Prevention (KCDC) launched an investigation into whether they were somehow reinfected, or if the virus had made a comeback.

“While we are putting more weight on reactivation as the possible cause, we are conducting a comprehensive study on this,” said KCDC Director-General Jeong Eun-kyeong, as quoted by Bloomberg.

While reinfection would be problematic, reactivation is a more troubling prospect. In addition to raising questions about post-recovery immunity to the virus, it would pose a major challenge to mitigation strategies adopted around the world. If there is a high risk of Covid-19 reactivating among the people considered cured, that would mean longer quarantines and delays in reopening businesses and public spaces.

Other possibilities include false positives, if the tests pick up residue from the initial infection, or prolonged “shedding” of the virus load missed by the tests at discharge because the levels were just under the limit.

South Korea has often been cited as one of the success stories of the pandemic, keeping the total number of infections to 10,400 and the death toll to 204, through strict quarantine, widespread testing and contact tracing measures.

Interesting preliminary data on neutralising antibody responses in recovered COVID-19 patients. Seems there can be a wide range of antibody responses post-infection (including undetectable). But still unclear what this means for future reinfection risk. https://t.co/SNoLBNoc9p pic.twitter.com/VdPuQqf7mA

Further troubling news comes from China, where the novel coronavirus was first detected in December last year. A team of scientists at Fudan University analyzed blood samples from 175 patients discharged from a hospital in Shanghai and found that almost a third had “unexpectedly low” levels of antibodies, and in at least ten cases, no antibodies at all.

“Whether these patients were at high risk of rebound or reinfection should be explored in further studies,” the team said in a preliminary research paper released on Monday. While it has not been peer-reviewed or evaluated, the authors say they did the world’s first systematic examination of antibody levels in recovered Covid-19 patients.

All of the people examined had recovered from mild symptoms, and most of those with low antibody levels were young, in the 15-39 age group. By contrast, the 60-85 age group had three times the amount of antibodies, the scientists said.

This is very worrisome. Among recovered former #COVID19 cases, “nearly a third had unexpectedly low levels of antibodies. In some cases, antibodies could not be detected at all.” 🤔 https://t.co/VEwTJWOJD2

If some patients do not develop antibodies, this could have serious implications for both vaccinations and “herd immunity.”

China officially registered almost 83,000 cases and 3,339 deaths from the virus since it was first noticed in the city of Wuhan, but claimed almost no new infections in recent days and has lifted much of the harsh quarantine conditions imposed on Wuhan and the surrounding Hubei province.

All this shows there are still many unknowns about the virus that has killed over 95,000 people worldwide so far and forced almost half of humanity into some kind of quarantine over the past month.

Given the profound economic fallout of the mitigation measures, answers to those questions are more necessary than ever. Yet even in China, officials are unsure how things will pan out in the long run.

“Who knows whether this will become something like a seasonal flu, or chronic disease like hepatitis B, or just vanish like SARS?” Professor Wang Chen, a senior scientific adviser to the Chinese government, told the official Science and Technology Daily on Monday.