Everything points to a COVID-19 parasite similar to those that cause malaria.

Is the Covid 19 “Flu, Virus, Pandemic” actually any of those things? 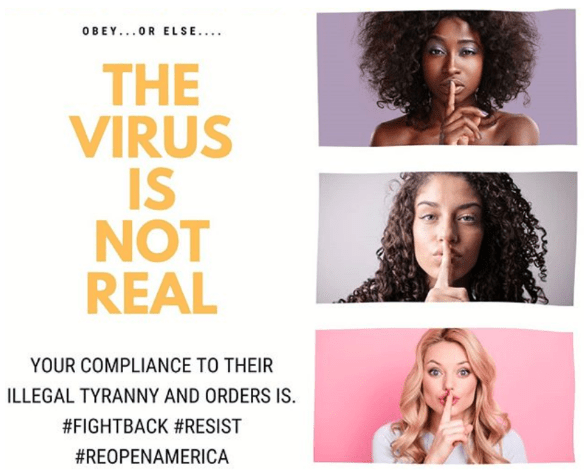 The focus on the cure for the Covid 19 “Flu Virus” has been touted over and over again as Hydroxychloroquine and other quinolines.

“What class of pathogens, respond to drugs like Hydroxychloroquine?”

The Plasmodium Parasite, or parasite of the blood plasma.  This is specifically a parasite that affects the oxygen carrying capacity of the red blood cells which causes Malaria and other similar diseases in humans and responds to treatment with Quinolines.

Guess what the treatment for Malaria and similar parasites is? Quinine, the herb Andrographis and Hydroxychloroquine.  All three are quinolines.  The Plasmodium parasite that causes Malaria is one of man’s most ancient infections.

I have also noticed that other drugs like Azithromycin have been mentioned.  Because I have been involved in a fight against a similar Plasmodium-based pathogen for almost 15 years, I have a better understanding than many of the difference between a parasite and a virus.  Moreover, both Quinolines and Azithromycin are used in combination, specifically to treat plasmodium-based parasitic infections.

“Malaria symptoms and signs usually mimic common flu, with an infected person suffering fever, headache, and vomiting usually within 10 to 15 days after exposure to the Anopheles mosquito. Of course, malaria’s initial clinical manifestations can resemble other conditions such as gastroenteritis, septicemia and viral diseases[11],[12]. It is important to bear in mind that incorrect diagnosis increases the expense of treatment and the probability of parasite drug-resistance emergence and development.” https://www.ncbi.nlm.nih.gov/pmc/articles/PMC4025336/

“This so-called pandemic seems to have more to do with a parasite rather than to do with a virus.”  Study Malaria and its complicated life cycle and you will understand why it comes back after a couple of weeks because the life cycle of these types of parasites causes a relapse every few weeks until it is eradicated.  Because this pathogen also affects victims in the same way that high altitude sickness does, it is important to study how oxygen-carrying blood cells are infected by these parasites. http://www.infectionlandscapes.org/2011/03/malaria-part-1-parasite.html

Furthermore, it is absolutely necessary to get treatment for COVID-19 if it is a Plasmodium parasite because the longer you wait the harder it is to treat.  “That means no one is building antibodies to this disease and we are being radically lied to about its very nature! Moreover, vaccines are not the protocol that has ever been used for a Plasmodium Parasite!  If vaccines were the right protocol, they would have been already used on malaria infestations which have been the major plague on planet Earth for thousands of years!

The tests that are used to find these parasites; either for an antibody test, a parasite blood load test or a polymerase chain reaction genetic test, all require blood from the affected person.  Thus, the nasal swab test is a highly unlikely way to find an infected person if Covid-19 is a plasmodium-caused parasitical infection.

We have been told that viruses are the causes of pandemics and that there are no antibiotics or cures for viruses except for vaccinations before the fact.  However, history has taught us, if we have been paying attention, that “before every modern outbreak of disease” which has been documented there is a vaccination program carried out against the same population where the outbreak occurs and those affected are mainly vaccinated people.

Wuhan, China was forced-vaccinated before this Covid-19 outbreak.  The American troops from the first Gulf War were vaccinated with AIDS and Anthrax before they were deployed to Iraq.  The deadly 1918 Influenza Pandemic was the direct result of live-contaminated Typhus Fever Vaccines that were mandatory and were given to U.S. and Allied military personnel during World War I. https://www.bibliotecapleyades.net/ciencia/ciencia_influenza72.htm

In fact, the vaccine is and will always be the pandemic, not the flu.  The words pandemic and flu combined seem to always be the excuse to explain the treasonous and genocidal use of a vaccine bioweapon on one’s own people without any consequences.

If Covid-19 is similar to malaria, and the only way that it can be passed, is through vaccines, mosquitoes, ticks, or the exchange of body fluids through sexual contact or internal contact with blood.  Then, it becomes quite interesting that so many famous and infamous people seem to be suffering from something that infects the blood and other bodily fluids of humans that they seem to be so enamored with.

This bioweapon that was sought after was the brainchild of a scientist in Wuhan, China who created the largest data base of bat-related pathogens in the world.  Her name is Zheng-Li Shi, who just happens to represent the “Key Laboratory of Special Pathogens and Biosafety” and the “Wuhan Institute of Virology and Chinese Academy of Sciences.” Of course, there were other scientists, most representing “the University of North Carolina,” but there were also representatives from “Bellinzona Institute of Microbiology in, Zurich, Switzerland and Harvard Medical School.”

The only thing being focused upon by scientists in the current case of bat flu or COVID-19 is what they call the “gain of function ability” which gives the pathogen the capacity to bind to the human hemoglobin or human lung cells.  That’s different from its original capacity to bind to bat hemoglobin or bat lung cells in its animal host.  What is most important to understand is that this was created as a bioweapon and it is now being use on the world’s population.  Moreover, this is not an anomaly but a pattern of attack that has always controlled the history of this planet.

A transfer of a pathogen from another organism such as another mammal like a bat to a human is called a zoonosis.  However, without laboratory intervention, it seems very unlikely that so many new zoonoses infestation like H1N1, SARS and Ebola should be manifesting on the planet at such opportune times for those who would like to distract us from focusing on their crimes which can no longer be covered up.  Moreover, it seems much more likely that what we are experiencing is yet another attempted “coup by pandemic” set up to enslave and control us through fear and ignorance.

There is a historical record of the use of hybrid pathogens, parasites and transgenic viruses that have been introduced into the human population by infecting ticks and mosquitos, at bioweapon labs such as Fort Detrick, Maryland; Plumb Island, New York; and Brantford Ontario, Canada.  https://www.amazon.com/Bitten-History-Disease-Biological-Weapons/dp/006289627X

Another way to pass parasitic pathogens related to Malaria, Lyme disease, Gulf War Syndrome and its parasitic Plasmodium co-infections, like Babesia Duncan, Babesia Microti and others is through flea, tick and mosquito bites.  Transmission can also occur by sharing needles, sex, saliva, tainted blood transfusions and especially from loading them into and injecting them into unsuspecting humans through vaccinations.

Dr. Dietrich Klinghardt, one of the premier scientists, researchers and doctors who treats Lyme disease and its pathogenic co-infections like the Plasmodium Parasite in Babesia, has stated that sufferers of these infections are much more sensitive to 4G, 5G and other types of electromagnetic pollution and their adverse health effects than other people.  That may be why many have focused on the 5G rollout being the cause of or at least a factor in the increased suffering of victims of COVID-19. https://www.prohealth.com/library/how-electromagnetic-pollution-worsens

One other clue regarding the true nature of Covid-19 relates to one of the bizarre symptoms that is being reported. This is very similar to what is being reported by sufferers of Babesia, “notably from my own experience researching Babesia with those who sufferer from it on Lyme Forums” which is the buzzing in the blood or the feeling of being electrified.

We have been told that this is a virus, thus much more easily communicable than would be a parasite, which requires the sharing of bodily fluids at the very least.  However, all scientific evidence points to it being a “parasitic infection” which doesn’t mean that it isn’t life threatening.  However, if it is a parasite like Malaria, it “cannot be a virus” which means it “cannot be the flu either.”

The most important thing to consider is that the lockdown we are all experiencing as well as social distancing, with the exception of sexual contact or where there is the sharing of bodily fluids or tainted blood, there are not a lot of ways to pass this disease.  Moreover, the prediction that another pandemic is going to follow next year after a nationwide forced vaccine program makes it pretty clear that without having it stuck into the bloodstream with some kind of needle or insect it is not that contagious.

Considering the falsified statistic of deaths from this so-called virus, which others have covered, there is no way that Martial Law can be justified from what we are experiencing.  “Therefore, in my opinion, this is not a real pandemic but a fake one.”

It is much more likely that this is a political ploy to distract, divide and destroy our human connections to each other through the divide and conquer tactics of the “Neo-Feudal, Disaster-Fascist, Globalist Cabal” that is using this as a trump card to take control of the entire planet.

Therefore, I believe that the answer to this being a “pandemic, or the flu, or a virus,” is a resounding “NO!”