Foreign “volunteers” in Ukraine leave their positions, feigning injuries and damage to weapons

The 22-year-old Marine died northwest of Nikolaev in late April, but his body has never been found 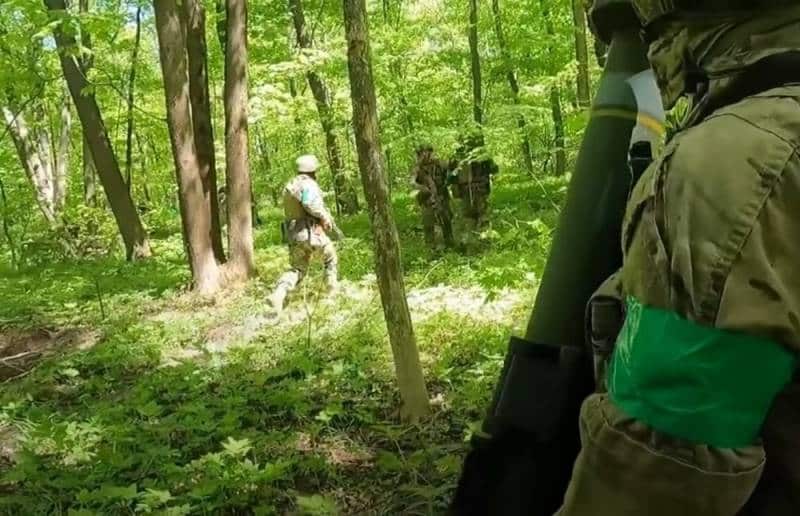 [ Editor’s Note: What can I say? When will they ever learn? Obviously these guys did not know or care what a gang of government thieves and oligarchs they were working for, nevermind the neo-nazis.

Once upon a time, we had people in government who would not have done this. Those days are over. Our government has the money, although borrowed, and the line is long for ex-military people wanting to get the big time merc jobs with the six figure paychecks.

But the competition is tough for those slots, and special operations vets are wanted for that kind of dough. And it helps to have political connections. Just ask Eric Prince.

Proxy wars seem to have become the war plague of our time, with this one a hybrid mix, with the Russian military officially in combat with the warmonger mercs. I think 5 million Russians being shelled by NATO-supported Kiev and the neo-nazis trained by the CIA, resulting in 14,000 dead ethnic Russians, most of them civilians, might have had something to do with the Russians going in.

If the situation was reversed, say with US citizens getting shelled for eight years, what do you think the US military would have done? And if somebody did not like it, would the Pentagon have given a hoot? Of course not.

But in this case, these idiots think the rest of us are so stupid that we cannot see through the scam. Notice there is zero anti-war opposition developing on this, maybe due to our own political civil war, and braindead teens who want to die as mass murderers so they can ‘be somebody’.

The news is out now on the disfunctional Texas family, mom and dad both ex-cons, where the kid kills his grandma before heading out to the school to see how many kids he can kill to get on the US mass murderer list, outdoing the Buffalo shooter.

As for the cops in the Texas school shooting, a shameful job on their part. If they are too chicken to charge an active shooter in a school, they should be on a cop B-team at lower pay, or maybe have to refund all the public money spent on active shooter training.

I won’t get into the social media aspect of it, something that has become a toilet for young people to live in, where their brains turn to mush. Thus ends my post Memorial Day rant… Jim W. Dean ]

Over the past few months, many “soldiers of fortune”, but simply mercenaries from different states, went to fight in Ukraine against Russia. Now they are talking about a serious discrepancy between reality and the expected, writes the American newspaper The Washington Post.

The publication notes that the American “volunteers” who returned from Ukraine on vacation reported the details of what is happening on Ukrainian soil. Many of them are “tormented by thoughts about whether to return there”, and some have already decided not to renew the contract.

They complain about poor collateral and too high losses. Therefore, they sometimes had to leave their positions under various pretexts, feigning minor injuries or damage to weapons, which made it possible to leave the battlefield.

Communication was also not up to par, with walkie-talkies was simply monitored by the enemy, so for communication they had to use the WhatsApp instant messaging service installed on their smartphones, which are also not very secure.

They went into battle with insufficient equipment and weapons. Some have seen friends die and decide they’ve had enough. They were given anti-tank weapons and missiles, but no batteries for launchers, i. ATGMs were inoperable.

Eight of the 20 volunteers in the squad left their posts, including a veteran Marine who appeared to have broken his machine gun with a rock in an attempt to pass it off as battle damage. Another fighter feigned injury – the publication says.

For example, a US Marine Corps veteran with the call sign “Dakota” traveled to Ukraine out of “justified indignation.” But he came under enemy fire so often that his catchphrase “everything is fine” became a joke in the unit. He survived and admitted that what scared him the most was watching enemy combat helicopters destroy positions where his group had been just a few minutes ago.

Many foreigners were also strongly influenced by what happened to Willy Joseph Kansel. The 22-year-old Marine died northwest of Nikolaev in late April, but his body has never been found. This actually became a turning point in psychological terms, after which they decided to leave Ukraine and not return.