The command and management of military operations in Ukraine are in the hands of the Pentagon and NATO. 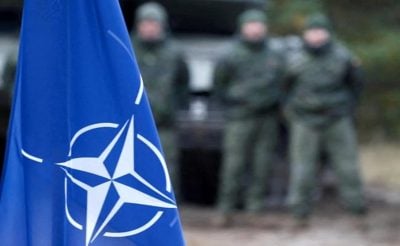 Two summits in a row, those of the G7 and NATO, show that the West is deploying all its weapons – military, political, economic – to maintain the dominance it is losing in a world that is becoming increasingly multipolar, as evidenced by the growing development of the BRICS: the economic organization that brings together Brazil, Russia, India, China, South Africa, which Iran, Argentina and other countries want to join.

In Ukraine, while the G7 provides Kiev with $30 billion, NATO provides it with increasing amounts of weapons against Russia. NATO’s role is not just that, however: Pentagon officials, interviewed by the New York Times, confirm for the first time, with precise facts, that the command and management of military operations in Ukraine are in the hands of the Pentagon and NATO.

The NATO Summit approved the new Strategic Concept, which calls Russia “the most significant threat to Allied security” and states that “strategic competition is increasing around the world.” In the new Strategic Concept, NATO speaks explicitly about China for the first time, declaring that “China’s coercive policies challenge our interests, our security and our values.”

We are facing a single strategy of war that the West implements from Europe to East Asia. While in Europe NATO under U.S. command expands from 30 to 32 countries, including Sweden and Finland, even closer to Russia, in Asia and the Pacific the U.S. military deployment grows, supported mainly by Australia and Japan. The world’s largest naval exercise under U.S. command is taking place in the Pacific against China.

All this costs money and we are always the ones paying for it. According to official NATO data, Italian military spending rises to about 29 billion euros in 2022, equivalent to 80 million euros per day. The sharpest increase occurred during the lockdown period: from 21 billion in 2019 it rose to over 26 billion in 2020 and over 28 billion in 2021. NATO, however, warns, “Doing more will cost more.

This article was originally published on byoblu.

Manlio Dinucci, award winning author, geopolitical analyst and geographer, Pisa, Italy. He is a Research Associate of the Centre for Research on Globalization (CRG).