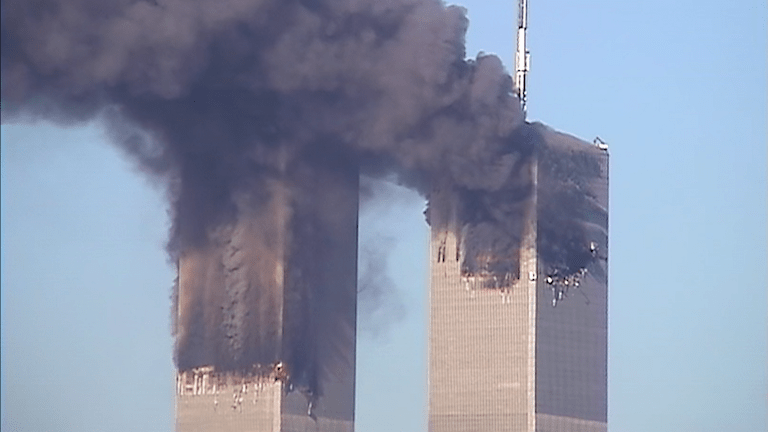 Was the controlled demolition of the Twin Towers an omen for the Third Millennium?

“Back in the mid-1980s, I was a financial analyst, financial planner, investment broker and general partner in various limited partnerships.  It was quite clear — way back then — that the markets were totally rigged and very close to a bubble burst.  Because of the complete lack of market integrity and extreme volatility, I left the business and never looked back.  To my colleagues, I predicted a black swan event would occur that eventually did take place on Black Monday—the stock market crash of October 19, 1987. The DJIA fell nearly 23% in one day. The real problem with that quite predictable scenario and what was really a controlled demolition by the International Banking Cartel, is that it should have been much, MUCH worse.  Now that was 32 years ago and the “Financial Masters of the Universe” have kept this naked confidence game going via smoke and mirrors and sleight of hand way beyond its end point.  How they have done this is a testament to the absolute control the International Banking Cartel wields over the entire securities marketplace … … … but only up to a certain point when eventually the mathematical certainty of a system-wide collapse simply takes over.”

First, it’s critical to understand that nothing lasts forever.

In the case of the extremely defective Global Economic & Financial System, what is essentially a global gambling casino was destined to collapse at a specific point in time by those who cynically created it.

In point of fact, there is now mathematical certainty that the Global Economic & Financial System (GE&FS) can no longer be practically sustained and will soon disintegrate via a carefully controlled demolition by the all-powerful International Banking Cartel.

Whenever the hard numbers reflect “mathematical certainty”, as they do with regard to the inevitable breakdown of the GE&FS, it’s only a matter of when, not if the final collapse will take place.  That time is close at hand…as in right around the corner.

Red flags are now popping up all over the place which unequivocally indicate that the power elite know their transparent, multi-decade, confidence game is over—FOREVER!

Who is not aware of the massive market manipulations by the wealthy elites which have taken place every day over many decades?

Who in the financial services industry has not seen or heard about the tremendous amount of insider trading that has gone on since the first day of the New York Stock Exchange? 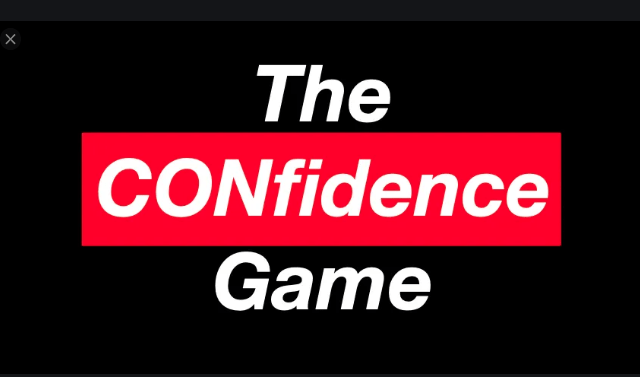 There will soon arrive a defining moment for this ongoing CON Game when there is a critical mass of investors — THE SMART MONEY — who will withdraw their consent from even playing what has always been a totally fixed game.  And fixed it surely is since the house never loses in the Gambling Industry … and the stock market is nothing but a global betting parlor.

All the most trustworthy economic and financial data since the real estate collapse of 2007 and stock market crash of 2008 indicate a market that never recovered and is, today, in dire straits.

In fact, the annual corporate earnings reports and growth forecasts are so dim right now that it’s only by printing fake money by the FED that there is any liquidity in the market this year.  Whereas this rapidly deteriorating predicament is now getting perceptibly worse by the week, such pervasive and profound illiquidity foreshadows an inevitable catastrophic outcome for the GE&FS.

The Great Recession that began with the “collapse of the United States real estate market in relation to the financial crisis of 2007–2008 and the subprime mortgage crisis” ought to have put the entire planetary civilization on notice that something was very wrong with the Global Economic & Financial System.  What follows is a graphic exposé about that controlled demolition, the details of which are seldom made known:

The ‘FOUR HORSEMEN’ Herald the Death Knell of Predatory Capitalism

If ever the writing was on the wall that spelled D O O M for the markets (e.g. stock and bond, commodity and currency, real estate and insurance, derivative and carbon), it was that 2008 financial and economic cataclysm that got Obama elected. 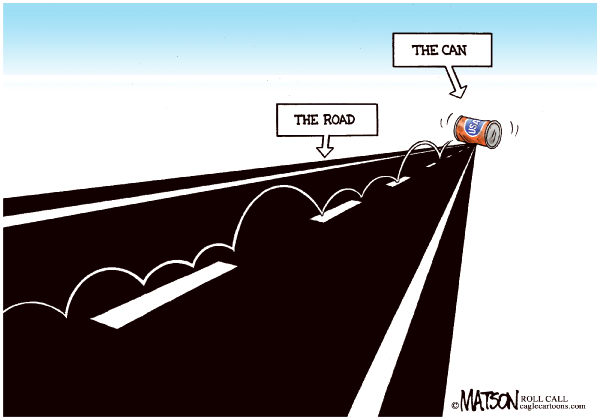 KEY POINT: The preceding article quite accurately identifies exactly what will cause the DOOM that awaits the world community of nations when the markets crash.  Each of the four”Ds” — DEBT, DOLLAR, DERIVATIVES & DEFLATION — have since evolved into exceedingly serious worldwide problems, sparing no country.  The global debt load and imminent crisis have especially reached a critical point of no return.  Truly, the global debt crisis has reached epic proportions and the ‘infamous can’ can no longer be kicked down the road.  See: $255 Trillion Dollar Debt Leading To Economic Collapse & Stock Market Crash (Video)

Post 2008, however, instead of implementing the much needed financial reforms and market restructuring, the exact opposite occurred.  Not only did a massive cover-up ensue, the FED bailed out the TBTF banks as the government left the entire middle class in a lurch.  Rather than repairing all the ruptures in the massive GE&FS dam, the financial engineers and regulatory authorities colluded to merely put their fingers in the dike.

Well, guess what, given the true state of financial and economic, monetary and fiscal affairs today, the dam is gonna break!  And, it’s quite likely to burst much sooner than anyone knows except, of course, those perps at the very top of the food chain.

In point of fact, there are presently multiple market bubbles that have been purposefully manufactured by the FMOTU.  Each of these unparalleled bubbles interpenetrates the others to varying degrees so that when one pops, the others will also pop in rapid succession.

In view of this stark and now unavoidable reality, what awaits the world is not a Great Recession; rather, everything points to a “Second Great Depression” which promises to be far worse than the first Great Depression that resulted form the Crash of 1929.

KEY POINT: The controlled demolition of the GE&FS has been on the NWO agenda for decades and represents one of the primary elements of a multi-pronged strategy to establish a One World Government.  Some of the other pieces of that clandestine strategy are explained here: THEIR FINAL SOLUTION: Market Crash, Dollar Collapse & World War 3

They are going to try do it again.

Just like 2007, 2008 and 2009 each saw different markets collapse — one after another — 2020 is likely to see a number of precipitous market downturns and ensuing deflationary dynamics, only with much more finality.  In order to better understand how these breakdowns are stealthily manufactured, the following extraordinary exposé, which was published by this platform during September of 2008 as that controlled demolition was being executed, is presented again.

As a matter of historical fact, the International Banking Cartel has fastidiously engineered every single period of boom and bust in U.S. history.  Therefore, pulling off another meticulously controlled demolition is quite easy for the power elite.  It’s what they have done over the centuries in order to cement their ironclad control over all segments of society and spheres of life.

However, when they push the buttons and pull the switches this time around, the entire GE&FS will self-destruct.  It’s true: the fatally flawed GE&FS is so large and so complex, and all the major markets are now so intricately interconnected, that when the first dominos begin to fall, the entire god-forsaken scheme will crash and burn in a New York minute, as it should.

Some commentators have even opined that the U.S. state-sponsored and staged terrorist attacks on September 11, 2001 were but an OMEN for the eventual collapse of the GE&FS.  After all, it was World Trade Centers I and II — the greatest symbols of American economic might and financial prowess — that were deliberately brought down into their own footprints on that ominous day.  Were the perps giving US a message on 9/11?

Where it concerns a spontaneous and unavoidable collapse of the GE&FS, “mathematical certainty” refers to a set of circumstances each of which is so weighty that when they are all considered in the aggregate, it will be literally impossible for the “Financial Masters of the Universe” to artificially prop up the exceedingly shaky house of cards.  Those “circumstances” are each quantifiable to such a degree so that when they collectively exceed a critical threshold signaling a systemic breakdown, it’s all over.   The sheer volume, for instance, of corporate buybacks of their own equities – across all publicly traded companies – clearly indicates the investor market for stock purchases has dried up.  There are several other crucial economic indicators as well as financial technical data which reflect a highly volatile global marketplace that could tank with a single trigger event like Lehman Brothers in September 2008.