Deleted after racking up over 5 million views. 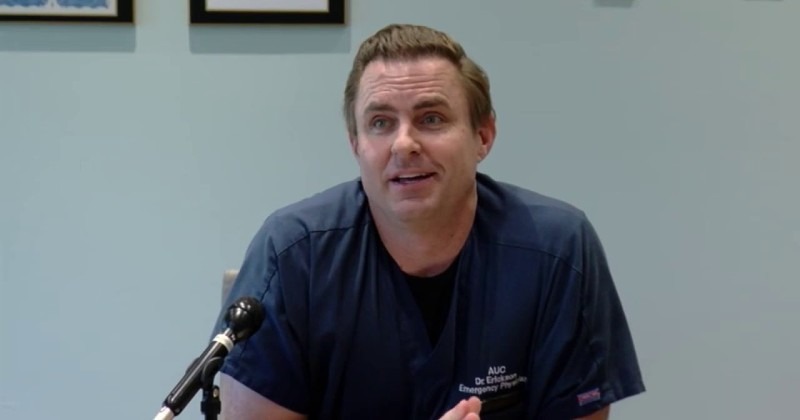 YouTube has censored a viral video in which two doctors criticized the logic of whether California’s stay-at-home coronavirus order is necessary.

The video, which had racked up over 5 million views, featured Dr. Dan Erickson and Dr. Artin Massihi, co-owners of Accelerated Urgent Care in Bakersfield, Calif.

Erickson also asked why fatalities were being counted as COVID-19 deaths when other ailments were actually more to blame.

“When someone dies in this country right now, they’re not talking about the high blood pressure, the diabetes, the stroke. They’re saying ‘Did they die from COVID?’” Erickson said. “We’ve been to hundreds of autopsies. You don’t talk about one thing, you talk about comorbidities. ER doctors now [say] ‘It’s interesting when I’m writing about my death report, I’m being pressured to add COVID. Why is that?”

The video was deleted late last night for “violating YouTube’s terms of service.” 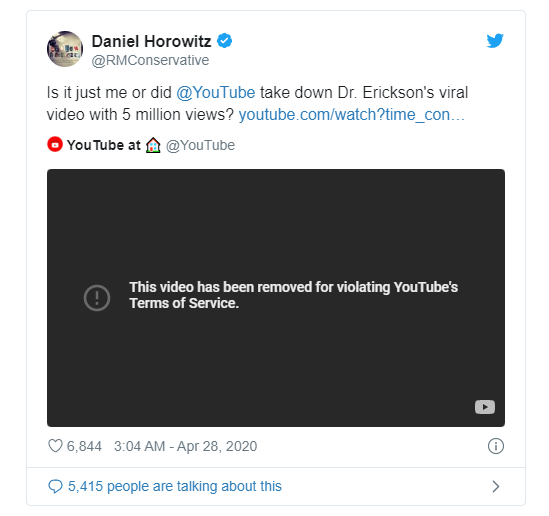 However, Wojcicki suggested that this would mainly be focused on banning information about fake cures, not questioning of government policy.

The video platform has also set about banning any content that claims 5G cell towers are linked to the coronavirus outbreak.

During an appearance on Fox News last night, Dr. Erickson pointed to Sweden, which didn’t impose any drastic lockdown measures, but now has achieved herd immunity against coronavirus.