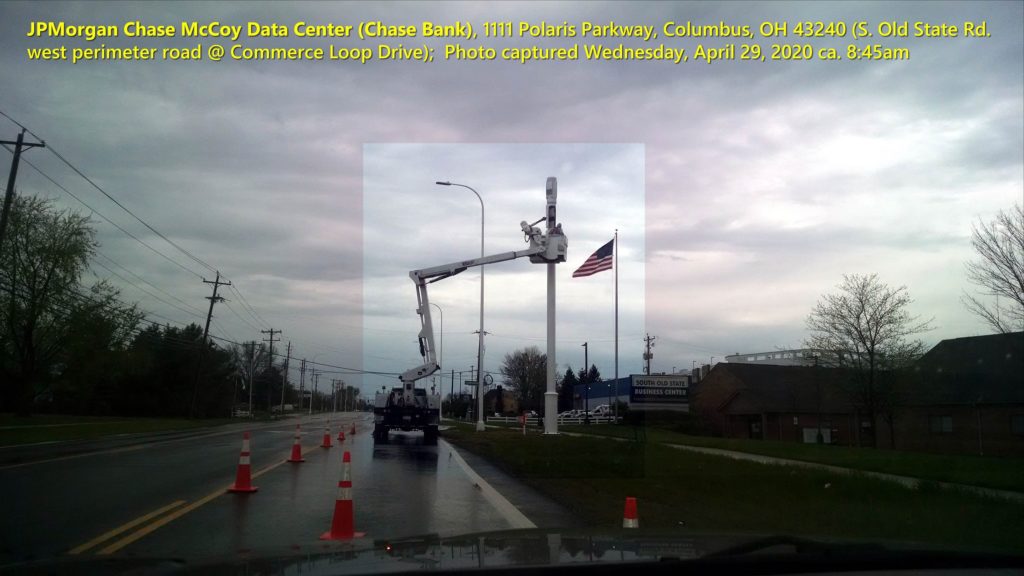 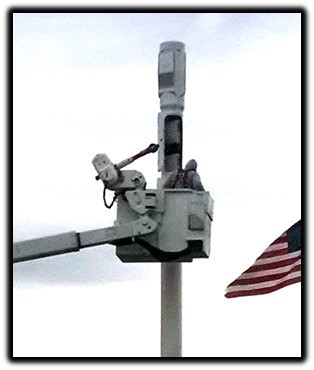 Wireless experts verify that this tower is  a powerful omnidirectional 5G transmitter being installed on a perimeter road of this massive JPMorgan data center facility. Eyewitnesses confirm that approximately six (or more) of these towers have already been installed along the other perimeter roads: Polaris Parkway along the north, Sancus along the east, and Lazelle Road along the south. Each tower is powered by its own electric meter and is connected by fiber optic cabling. Experts also confirm that these JPMorgan computer facilities (including another major computer center in nearby Westerville, Ohio) are serviced by Tier I Internet rings.

Omnidirectional (any direction) 5G towers that surround a sensitive corporate center like JPMorgan’s act as a DIGITAL SENTINAL. This and its sister towers arrayed along JPMorgan Data Center’s perimeter can be used as an Active Denial System (ADS).*

JPMorgan is evidently using the COVID-19 smoke screen to finish the deployment of this ADS secretly, before citizens ask too many questions.

Why isn’t the Columbus press covering this story? Oh yes, they’ve been silent all along. We ask all true Patriots to demand answers and for JPMorgan to stop building this weapon.

* The Active Denial System (ADS) is a non-lethal, directed-energy weapon developed by the U.S. military, designed for area denial, perimeter security and crowd control. Informally, the weapon is also called the heat ray since it works by heating the surface of targets, such as the skin of targeted human subjects. Wikipedia. 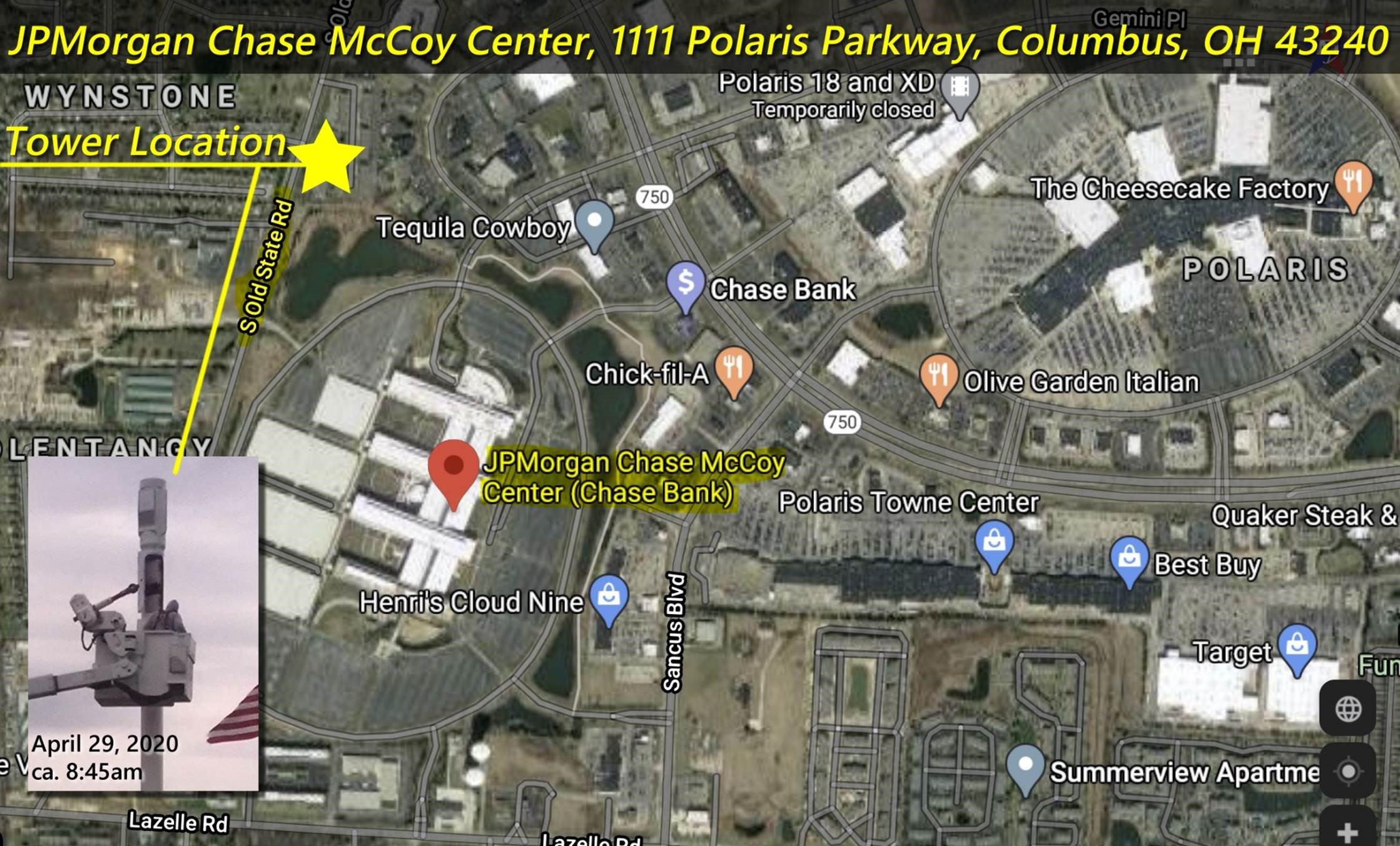 JPMorgan Chase McCoy Data Center. Columbus Ohio. (Photo from 4-29-2020) Check in your neck of the woods. People have been reporting towers like this being installed at bank and school locations.

While we are locked down, are the evil ones busy installing their next level of control, surveillance, and perhaps…weapons?