Trump Alone Will Be Blamed For The Entire Covid ‘Vaccine’ Calamity

Posted on September 3, 2022 by State of the Nation

Trump Will be Blamed for COVID Scam 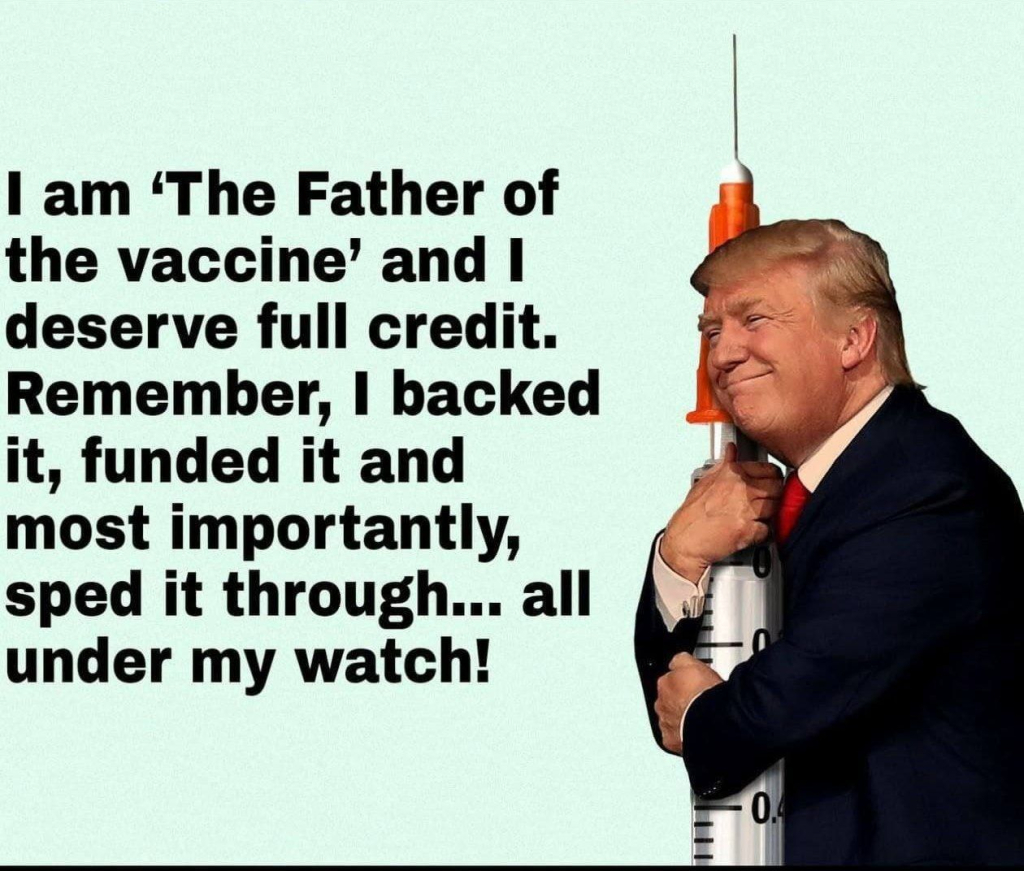 Trump will be blamed for covid vaccine holocaust as he deserves: https://aim4truth.org/2022/08/26/the-king-who-killed-is-killed/

(1) Donald Trump said “You’re playing right into their hands when you doubt the vaccine.”

(4) Trump encourages all Republicans to receive “vaccines” on Sean Hannity –

At the 28:25 mark Trump says, “A lot of our people don’t want to take vaccines. You know, I don’t know what this is exactly. Republicans? Don’t know what it is. I encourage them to take it. I do.” April 2021

(6) Trump tells crowd at Alabama rally: “I recommend [you] take the vaccines.”
August 2021

(14) “The Vaccine and the Vaccine rollout are getting the best of reviews. Moving along really well. Get those shots everyone!” — Donald J Trump, December 17th 2020

(15) “During my administration, everybody wanted the vaccine. There was nobody saying oh, gee, I don’t want to take it. Now they say that. And that’s because they don’t trust the Biden administration. I can think of no other reason. But they say we don’t want it, we aren’t going to take it. When I was there, everybody wanted it and we were doing great. Well, the military did a fantastic job.” — Donald J Trump, October 7th 2021

(16) President Biden delivers remarks on the status of the country’s fight against COVID-19. “I got my booster shot as soon as they were available.
And just the other day, former President Trump announced that he had gotten his booster shot. Maybe one of the few things that he and I agree on.”