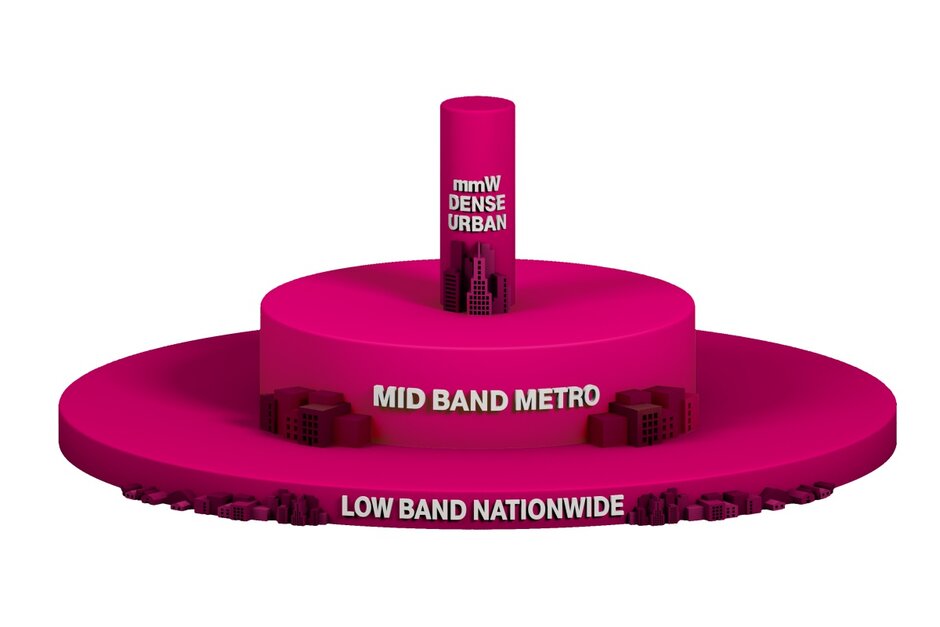 It’s only been a little over a month since T-Mobile officially announced the completion of its April 2018-initiated Sprint merger, and although the two brands are still not set to become one for marketing purposes for another few months, the nation’s leading “Un-carrier” is already making great progress towards unlocking the full nationwide potential of 5G.

Some of that progress simply wouldn’t be possible without Sprint’s mid-band 2.5GHz spectrum, which comes together with T-Mo’s existing low-band 600 MHz and high-band mmWave technology to fulfill the so-called “three-layer” vision.
Also known as the “full layer cake”, this strategy is widely considered the wisest, most thorough 5G rollout plan for the long run, as T-Mobile eventually expects to blanket the entire country with a 5G signal that travels both far and fast. Of course, industry analysts believe this master plan could take several years to be properly executed and implemented across the nation, although the beginning is certainly promising.
According to none other than Neville Ray, T-Mobile’s President of Technology, the “Un-carrier’s” Galaxy S20+ and S20 Ultra-owning customers in New York City are the very first to have access to the aforementioned “FULL.LAYER.CAKE.” 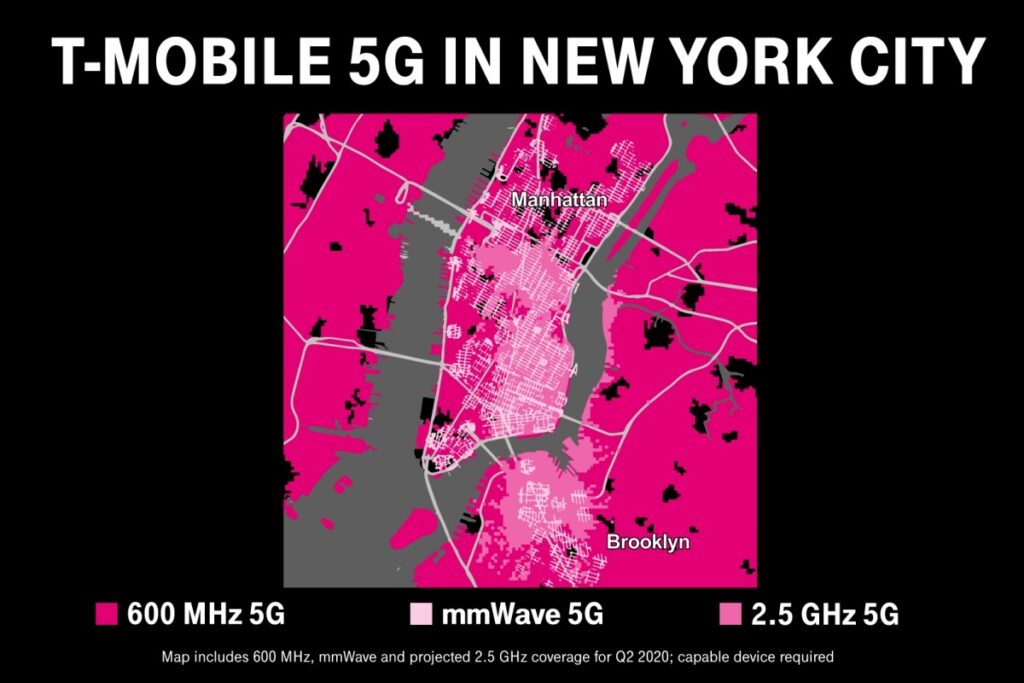 That means if you use one of those two 5G-enabled mobile powerhouses on Magenta, you should theoretically be able to tap into low-band 5G, mid-band 5G, and mmWave 5G airwaves in NY right now. Simpler put, significantly higher download speeds should be available in more places than before with the addition of mid-band 2.5GHz support in New York.
This rollout actually follows in the footsteps of T-Mo’s mid-band 5G deployment in Philadelphia a couple of weeks ago, but customers in Philly were technically not served the full layer cake as the mmWave layer is still absent from many such major cities.
By the way, in case you’re wondering, the “regular-sized” 6.2-inch Galaxy S20 variant sold by T-Mobile doesn’t come with high-band 5G compatibility, and neither do the likes of the OnePlus 8, LG V60 ThinQ, Galaxy Note 10+ 5G, or OnePlus 7T Pro 5G McLaren.