VACCINE PROPHETS MAKE $ BILLIONS FROM THEIR DOOMSAYING; THEY ARE NOT CREDIBLE, MUST BE IGNORED, AND PROSECUTED

Stop listening to their Siren Songs

May 07, 2020—Conclusion from this CDC data review: The increases in mortality appear to have a direct accelerating correlation to the increased rates of vaccination.

Let’s stop injecting unknown foreign substances into our bloodstreams because some “expert” says its good, but where those experts have a political agenda as well as investments in the vaccine companies that will benefit.

Let’s wake up and stop being so gullible. These so-called experts who fail to disclose their massive conflicts of interest is proof enough that they only have their self interest in mind, and not the welfare of We the People and our families.

Meet some of the Pilgrims Society (the literal “Deep State”) eugenicists 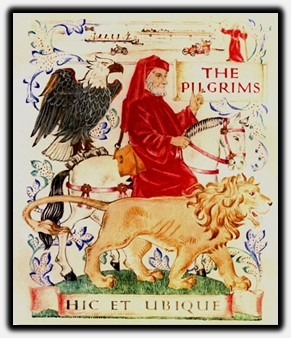 Nick Knowles, virologist, director of the Foot & Mouth division of The Pirbright Institute, oversaw the 2007 foot and mouth outbreak at Pirbright UK, then oversaw the founding of Merial Animal Health Institute in Nanching, China for Pirbright, just four hours from Wuhan, China; Pirbright holds the U.S. Pat. No. 10,130,701 named “Coronavirus.”

Longtime Patron of the Pilgrims Society

In a 1988 Freudian slip (given the now-known 120-year+ high priority of the Pilgrims Society for vaccines and eugenics),  Philip famously told the German news agency Deutsche Press Agentur: “In the event that I am reincarnated, I would like to return as a deadly virus, to contribute something to solving overpopulation.” Philip knew about the massive Baron Victor Rothschild investments (the Queen’s banker) in the burgeoning DNA-manipulation biotechnology field that his company Biotechnology Investments Limited (BIL) was making (records are missing)—the first, initiated… in Britain.  American venture capitalists beat a path to Rothschild’s door after that. Ask why its company records are missing from Companies House and embargoed until 2045! 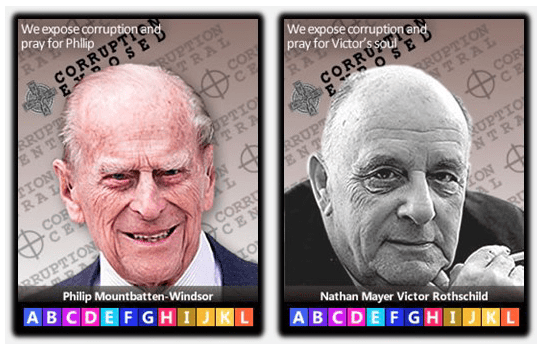 These are some of the people presently trying to push the world into mandatory vaccines, that at the very least, weaken, not strengthen, our  immune systems.

We must resist them with all our strength for the love of God and the sake of humankind. No more procrastination.

“But those who desire to be rich fall into temptation, into a snare, into many senseless and harmful desires that plunge people into ruin and destruction.” 1 Timothy 6:9.

“Trust in the LORD with all your heart and lean not on your own understanding; in all your ways submit to him, and he will make your paths straight.” Proverbs 3:5-6.

Notices: This message and its links may contain opinion. This information should not be relied upon without independent verification. Think for yourself. No claims are made to the properties of third parties. For educational purposes only. Fair Use relied upon.