THE VERY TOP OF THE GLOBAL COVID CRIMINAL CONSPIRACY 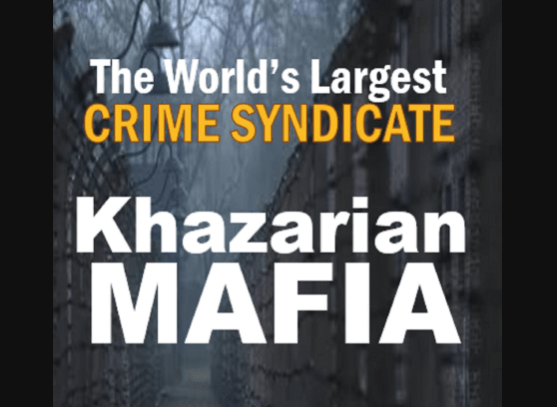 CDC: A Khazarian Crime Syndicate That Trades in Disease and Death

There should be no doubt about it: the CDC (Centers for Disease Control and Prevention) is now at the hub of an all-powerful international crime syndicate that profits immensely from the proliferation of infectious diseases and their poisonous vaccine treatments.

Why else would the 15 members of the CDC’s ACIP (Advisory Committee on Immunization Practices) just unanimously vote to approve the inclusion of an annual COVID-19 vaccine in the already highly injurious and mandatory “Child and Adolescent Immunization Schedule”?! And, especially the exceedingly risky mRMA vaccines that have not been officially approved by the FDA and are currently designated as “Emergency Use Authorization”?!

As for hard proof of such a multi-decade institutional criminal conspiracy to commit genocide against America’s youth, just look at who was really behind the unconstitutional passing of the illicit Federal Reserve Act of 1913. See: THE DARK TRIAD OF THE KHAZARIAN CABAL

Less than 5 years later, the Khazarian Cabal pulled off the Spanish Flu Pandemic of 1918—the most deadly global pandemic in modern history killing upwards of 100,000,000 people worldwide. In that highly coordinated mass murder, the Spanish Flu genocide perpetrators used an extremely hazardous and “massive military vaccination experiment” in Fort Riley, Kansas to start and spread that pandemic around the world.

Similarly, the very same Khazarian-controlled institutions used the Covid Plandemic to mandate extremely dangerous and deadly COVID-19 vaccines, all of which have been specifically formulated to perpetuate this transparently manmade plague for the rest of this decade. To be clear, both the COVID-19 bioweapon and various versions of the weaponized Covid ‘vaccines’ were both bioengineered and manufactured at the direction of the Khazarian Cabal.

The only murderous clan capable of carrying out such a depopulation scheme is the all-powerful Khazarian Cabal. Particularly where it concerns the ZOG-infested U.S. Federal Government, Khazarians without conscience have been stealthily positioned and strategically planted in every single medical- and health-related organ of the US government including the CDC, FDA, NIH, HHS, OSHA and CMS.

Among these various federal agencies and departments, the CDC stands out as having been transformed into a full-blown profit center for the Pharmaceutical Industry. In point of fact, Khazarian-controlled Big Pharma uses the Centers for Disease Control and Prevention as its primary marketing arm for all new pharmaceutical drugs and risky vaccines being introduced into the American Healthcare System.

BOTTOM LINE: Wherever there are HUGE profits being made off of disease and death in America, the Khazarian Cabal is both the prime mover and primary beneficiary.

KEY POINT: It ought to be intuitively obvious to every Covid conspiracy realist that there’s only one well-concealed global power structure capable of carrying out both the OPERATION COVID-19 biowar launched against humanity in 2019, as well as the genocidal Covid Super Vaccination Agenda first implemented in 2020. In point of fact, there is only one criminal clan that possesses such malevolent power, pervasive influence and overwhelming force that every country on Earth could be easily and quickly compelled/coerced to mass murder its own citizens. For only the Khazarian Cabal could so seamlessly and efficiently perpetrate such a worldwide holocaust, successfully cover it up, and seemingly get away with it. And it is these three primary pillars of their well-established global crime syndicate which have, thus far, ensured the ruthless killing efficiency of this long-planned Covid conspiratorial plot: (i) Khazarian Mafia, (ii) Ashkenazi Banksters and (iii) Zionist Warmongers.

NO SURPRISE HERE: See where each of the 15 CDC members who voted
to add lethal COVID-19 injections to the already barbaric
“Childhood Vaccination Schedule” are from.