Sir Evelyn de Rothschild dies aged 91: Financier and philanthropist who helped unite British and French arms of famous banking dynasty and was one of the Queen’s financial advisers passes away ‘peacefully at home’

By TOM COTTERILL FOR MAILONLINE

British financier Sir Evelyn de Rothschild has died at the age of 91, his family has said in a statement.

Sir Evelyn was the son of Anthony de Rothschild and Yvonne Cahen d’Anvers of the Bischoffsheim banking family.

He is widely recognised as one of the leading philanthropists and financiers of his generation and was knighted by the Queen in 1989 for services to banking and finance.

In a statement, his family said: ‘It is with great sorrow that Lady de Rothschild announces the death of her beloved husband, Sir Evelyn de Rothschild, after a short illness.

‘Sir Evelyn passed away peacefully yesterday evening at his home in London with his loved ones by his side.

‘The family appreciates thoughts and prayers at this very sad time.’ 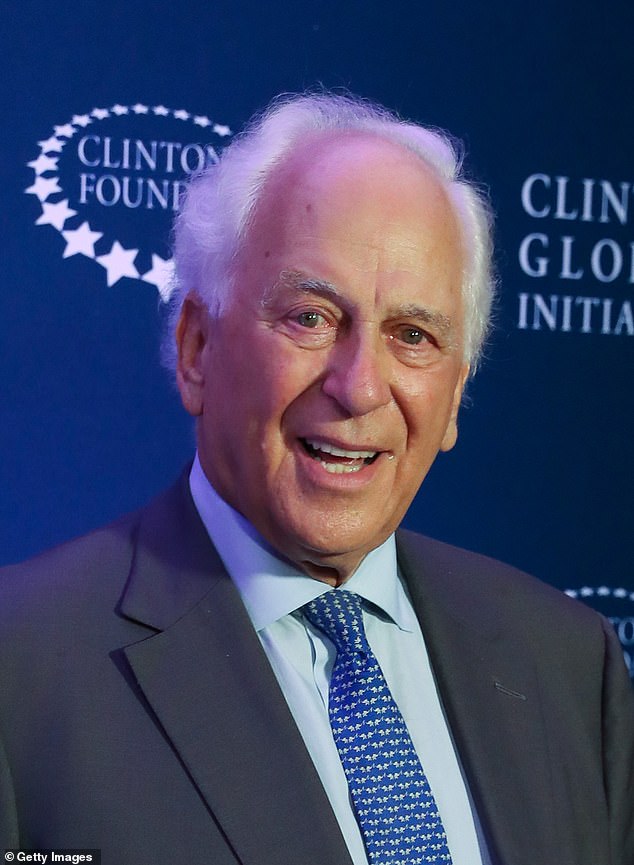 Sir Evelyn de Rothschild has died at the age of 91, his family has said in a statement. He is pictured in 2018 in New York

Born in London in 1931, he attended Harrow School and the University of Cambridge before dedicating his life to his family’s bank after his father retired in 1961.

Sir Evelyn was chief executive and chairman of the bank NM Rothschild and Sons Ltd between 1976-2003, and he was chairman of The Economist from 1972-1989.

The financial dynasty had been started by his great-great-great-grandfather in the late 18th century and helped to finance the Duke of Wellington’s victory over Napoleon in the 1815 Battle of Waterloo.

In 1989 he was knighted by the Queen for services to banking and finance.

Before he finally stepped down from his finance role, Sir Evelyn managed to achieve his long-planned goal of uniting the London branch of his family bank –  known today as Rothschild & Co – with its French counterpart, Rothschild & Compagnie Banque.

‘The first important strength of the family is unity,’ he told the New York Times in 1996, as he and his cousin, David de Rothschild, head of the French house, announced their new partnership. 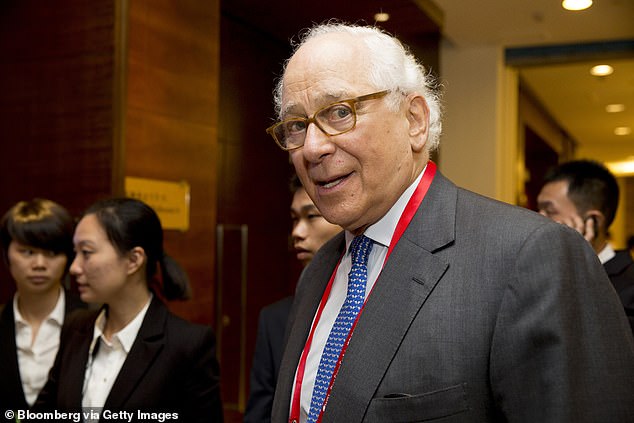