Why did the U.S even proceed with the attempt overthrow Venezuela’s Maduro when it was destined to fail? 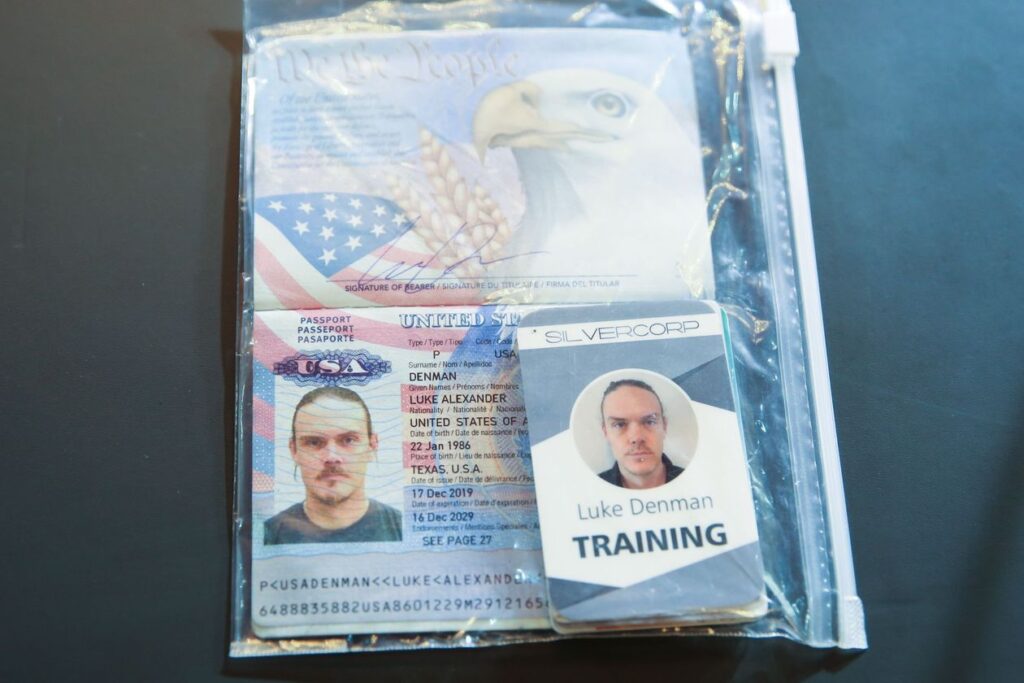 The Venezuelan government released this photo of what it said are the identification documents of Luke Denman, who was captured along with another American.
PHOTO: MARCELO GARCIA/AGENCE FRANCE-PRESSE/GETTY IMAGES

WASHINGTON—Luke Denman, a former Green Beret, was searching for meaning after serving in places including Iraq when a former teammate in the U.S. Army Special Forces offered what sounded like a job to help Venezuelans.

The 34-year-old Mr. Denman signed up after nearly a decade away from the front lines. The mission, however, ended in disaster as the small force he was part of sought to slip into Venezuela to overthrow its authoritarian ruler, President Nicolás Maduro, but got no farther than the beach, where he was captured along with another American.

Since then, his family and friends have been seeking to understand what drew him to the task and have been trying to get U.S. government help to extricate him from a Venezuelan prison.

They claim Mr. Denman was misled by the force’s organizers into believing that the mission had the direct backing of President Trump and the U.S. government. Mr. Trump and other U.S. officials have said the U.S. had no direct involvement.

Mr. Denman’s friends and family also expressed frustration that the State Department hasn’t done more to help him after Secretary of State Mike Pompeo pledged to work to bring home the Americans involved in the exercise, once their nationalities are confirmed. The U.S. closed its embassy in Caracas last year and moved the operation to Bogotá, Colombia.

Mr. Denman’s relatives say they have contacted the State Department Bureau of Consular Affairs, which is responsible for the safety of citizens overseas, as well as the U.S. Embassy in Bogotá and the Swiss Embassy in Caracas, but no one has returned their calls.

The State Department said in a statement that it was aware of reports about the matter and is making the safety of Americans abroad a priority. “Our team continues working to get to the bottom of recent events,” a spokeswoman said.

One of Mr. Denman’s former teammates, Jordan Goudreau, has said in interviews he was working with a retired Venezuelan general to raise a force of fighters who would try to slip into the country and lead a rebellion against President Maduro. Despite the improbability of the plot, it seemed like the type of work that Mr. Denman and an associate, Airan Berry, were trained to do in the Special Forces, said those who knew Mr. Denman.

Daniel Dochen, a childhood friend who last spoke to Mr. Denman a week or two before the start of the mission in May, said Mr. Denman said he had been told the U.S. Drug Enforcement Administration would send a helicopter to whisk Mr. Maduro away to the U.S. once he was overthrown.

“He messaged at one point or another, they had gotten the green light from Trump,” Mr. Dochen said in an interview.

Mr. Denman was working as an underwater welder and had recently confided to another friend, Braxton Smith, that it didn’t match up to his expectations. Mr. Smith said the former Green Beret was wondering, “‘Am I doing anything useful for the world?’”

They first talked about the Venezuela mission in the fall, after Mr. Denman had finished a welding contract. They met, rode around on motorcycles and caught up on their lives after some time apart. Mr. Smith, an attorney, said Mr. Denman assured him that the mission was fully sanctioned by the U.S. government and that he even had a set of rules of engagement.

“I had asked him one time to shoot me the contract so I could look it over to make sure he wasn’t getting into something crazy,” he said. But the contract never arrived.

Mark Denman, a brother of Mr. Denman, said he was always getting job offers for military-type work and said he warned him to be wary and ensure he had official support.

“I told him, when you’re going somewhere wearing the uniform of a U.S. soldier, there’s a certain amount of responsibility that, in the public light, they have,” Mark Denman said. “When you’re operating under these contracts, God knows.”

He said that his brother may have been persuaded to make an exception and take on the Venezuela job for a person he trusted. The operation failed spectacularly when the ragtag band of fighters were immediately intercepted by Venezuelan forces and irate fishermen. According to the Venezuelan government, eight of them were killed and 13 “terrorists” were captured, including Messrs. Denman and Berry.

The number of detainees has risen to 50 as Mr. Maduro’s forces rounded up other alleged participants. Venezuela’s government released videos of the two captured Americans stating that the plan to arrest Mr. Maduro and fly him to the U.S. had support from the government in Washington.

“I thought I was helping the Venezuelans take back control of their country,” Mr. Denman said in the video. He stated that he expected to receive between $50,000 and $100,000 for the job.

Instead, Mr. Denman’s family is now contending with companies claiming to have contacts in the notorious prison where Messrs. Denman and Berry are believed to be detained, or experience in the field of hostage rescue.

“They don’t have to [tell us what they’re doing],” she said in an interview, but, “It would be nice to know that things are being moved down the road here.”

Ms. Denman said that seeing photos of her son lying face down, in beach clothes and shorts, didn’t square with the person she knows.

“This is what he’s looking like? This is not Luke. Luke was very safety- minded,” she said, adding that he rode motorcycles in full protective gear. “Luke was always the good one.”

The failed effort has caused a firestorm within the fractious opposition coalition headed by Juan Guaidó, who is recognized by the U.S. and others as Venezuela’s legitimate president.

Mr. Guaidó denies any ties to the thwarted incursion. But two of the young leader’s top aides resigned earlier this week after a contract that they acknowledged signing with Mr. Goudreau’s company, Silvercorp USA, was made public. The agreement had called for the company to train an armed force that would infiltrate Venezuela, overthrow Mr. Maduro and continue as a security adviser to a successor government.

Both aides said the deal was scrapped shortly after it was inked and deny that Mr. Guaidó ever signed it, although a signature appears on the document next to his name. Mr. Guaidó has said he rejected the deal.

The Denman family has been unable to get answers from Mr. Goudreau. Mark Denman, the brother, spoke to Mr. Goudreau twice. On the latter occasion, he said that bringing them home was a priority but refused to give any details, citing security reasons.

Mr. Goudreau, who posted live Twitter messages about the operation, hasn’t responded to requests for comment and has fallen silent on social media.

“I don’t know if he has some grand master plan and betrayed his men in order to execute that plan. I don’t know. Maybe he himself is a pawn in this thing,” Mark Denman said, adding that it looked like his brother had been betrayed and sold out.

“Monday morning I thought my brother was dead, and if he wasn’t dead something horrible would happen shortly thereafter,” Mark Denman said. “It looks like that’s not happening, so I’m extremely thankful for that.”