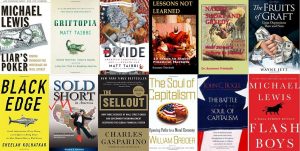 In combination, NSA data and DTCC discovery will end both naked short selling and money laundering associated with human trafficking as well as trafficking in drugs and weapons.

WASHINGTON, D.C. Earth Intelligence Network has delivered a letter to the President of the United States of America, Donald J. Trump, recommending that he form a joint Department of Defense and Department of Justice Task Force (JDJTF) on financial crime.

This task force should have two missions:

First, to aggressively harvest the data on naked short selling available within the National Security Agency (NSA) unprocessed but stored collection from the past fifteen years – to map with precision the emails, texts, cell calls, and other forms of communication such as game chats used by brokers to coordinate naked short sales (the sale of non-existent shares with malice aforethought in order to steal money outright from pension funds and individual investors); and

Second, to set in motion a major Racketeer Influenced and Corrupt Organizations Act (RICO) endeavor to immediately and deeply examine all records pertaining to Failures to Settle at the Depository Trust & Clearing Corporation (DTCC).

Results from the DTCC probe should be completed within 30 days if properly executed, and will both shock the President and the public once shared; and also make possible the design of a program to recover $50 trillion from the organized crime gang known as Wall Street, for the benefit of the President’s program to Make America Great Again.

The Department of Justice should at the same time be executing deep probes of all records at the National Securities Clearing Corporation (NSCC) and against the internal books of the Prime Brokers including at a minimum Goldman Sachs, Merrill Lynch, JP Morgan, Credit Suisse, Deutche Bank, and UBS.

The United States of America being at this time in a state of war, with the President having full war-time authorities, this endeavor should not be burdened by nor delayed by peacetime legal obstacles such as Wall Street has learned to use to avoid being held accountable for sabotage of the US economy and the persistent malicious stealing of trillions of dollars from pension funds and individual investors.

The Task Force will find that the laundering of money from drug sales and trafficking in women and children is the flip side of naked short selling – the first profits from selling shares that do not exist; the second pretends that trillions have been produced from smart investing that did not happen.