Did the Khazarian-controlled Irish-American Mafia totally take over the Republican Party to enable the Democrats to steal elections?! In fact, these rigged and stolen
and fraudulent and fixed midterm
elections represent the BIGGEST
election failure and naked GOP
betrayal in US political history …
because of the utterly duplicitous
and reprehensible RINO leadership.

Yes, the Democrats obviously stole every election in sight during the 2022 midterms, but it was the traitorous RINO leadership that enabled them to carry out the steals unimpeded.  And, the same RINO perps are assisting mightily in the ongoing election theft cover-ups.

Not only did these treacherous RINO leaders do nothing to repair and secure the state election systems that were brazenly exploited by the Democrat Party to perpetrate the 2020 election steals, they actually supported Democrat candidates throughout the 2022 midterm election cycle by their outright rejection of MAGA Republican candidates.  And now these seditious RINOs are busy covering up all of their despicable betrayals and perfidious subversions of the most conservative GOP candidates.

Which is exactly why:

These three so-called leaders — Mitch McConnell, Kevin McCarthy and Rona Romney McDaniel — deserve to be tarred and feathered before they are hanged in the public square and then drawn and quartered … after, of course, being tried by a jury of their peers and sentenced by a panel of judicial Patriots. 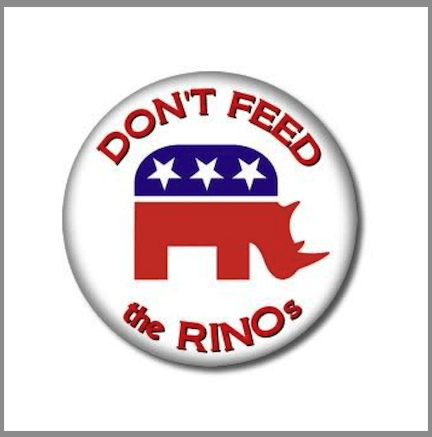 Submitted by The Armchair Election Analyst
State of the Nation
November 14, 2022