Here’s how the Khazarian Klan always and conveniently keeps it’s own klansmen out of all American wars.

SOTN Editor’s Note:  There’s a little known historical fact that goes like this: While the Federal Reserve Act was unconstitutionally passed in 1913 and pushed by Askhenazi banksters, the Anti-Defamation League of B’nai B’rith was also established in 1913.  Certainly this was no cohencidince, and it’s the very reason why the “SPECIAL NOTICE” posted below says “Powerful Jews will be on all Draft Boards, and Jewish physicians will protect you from military service.”   In other words, “international Jews” had so penetrated all organs of the U.S. Federal Government by 1937, they had the extraordinary power and influence to keep all Jews out of the U.S. Armed Forces while the non-Jewish “goyim” were forced to fight in the military. 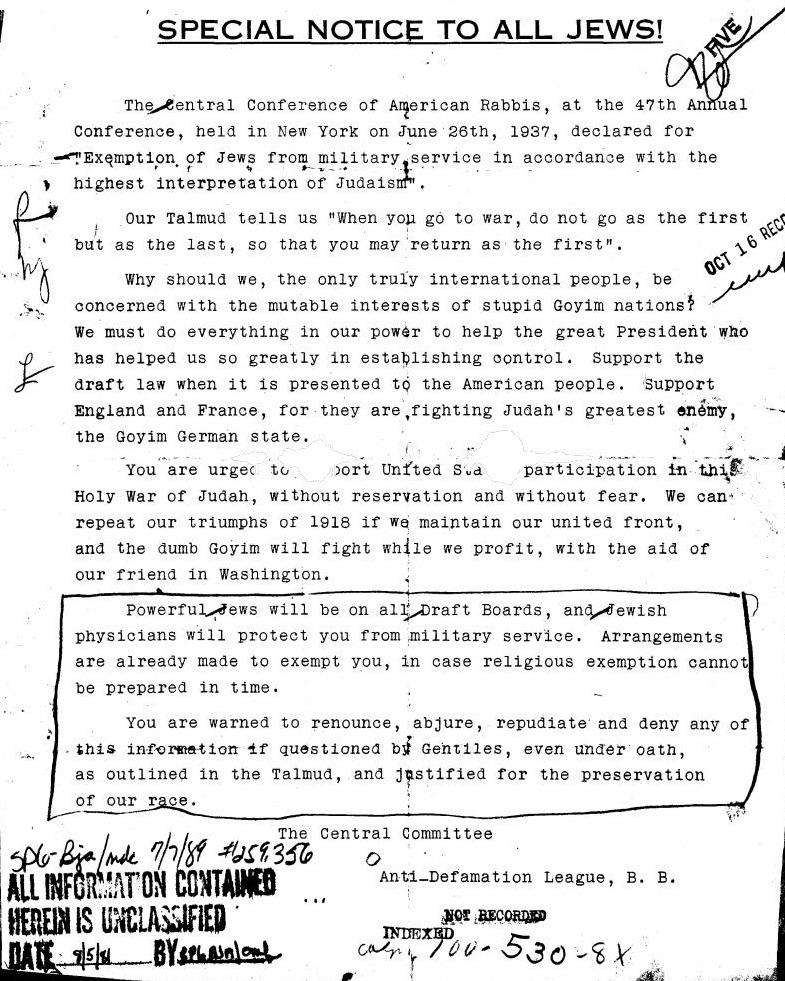