The Man Who Shot JFK & The Chicago Connection 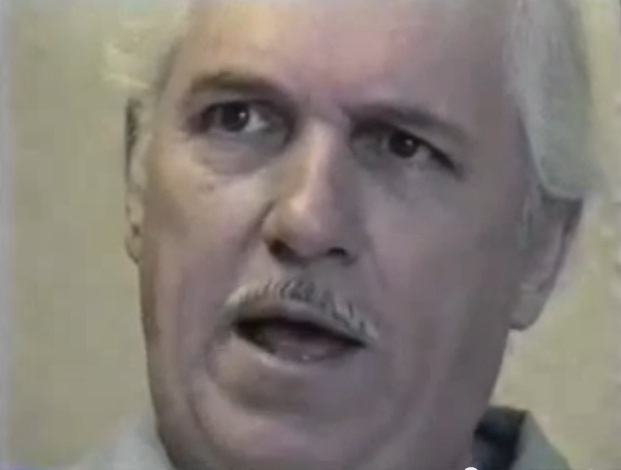 “I SHOT JFK” – James Earl Files (born January 24, 1942), a prisoner
at the Stateville Correctional Center (Illinois), admitted being one of
the snipers who killed President Kennedy. The two-minute taped confession of the Chicago gangster James Earl Files in which he confesses that he was one of the gunmen who shot President John F. Kennedy is required viewing to understand this article.

The video can be watched at: youtu.be/1zcEelhzzUg

The testimony in this video is compelling evidence because, if true, it proves that members of the Chicago Outfit, such as Sam Giancana, who were partners-in-crime with Sidney and Marshall Korshak, Henry Crown, Jacob Arvey, and the Zionist Mob of Chicago, were involved in the JFK assassination. The question remains: Who were the architectural planners of the assassination?

In the video, Files refers to two other Chicago gunmen that he knew were involved in the assassination of President Kennedy: John Roselli and Charles Nicoletti.

Sidney Korshak, the lawyer for the Chicago Outfit, defended high-level mobsters like Al Capone, Frank Nitti, Sam Giancana, Tony Accardo, and Moe Dalitz. The Korshak family is married into the Crown family of Chicago. Charles “Corky” Goodman, vice chairman of Henry Crown and Company (the family-owned company behind General Dynamics) and son-in-law of Irving Crown, is married to Margie Korshak, the daughter of the former Chicago political boss and city treasurer, Marshall Korshak, who had also served as director of the Illinois Department of Revenue and director of revenue for Chicago. 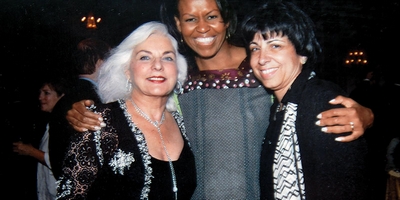 TIGHT WITH THE MOB – Margie Korshak (left) with Michelle Obama 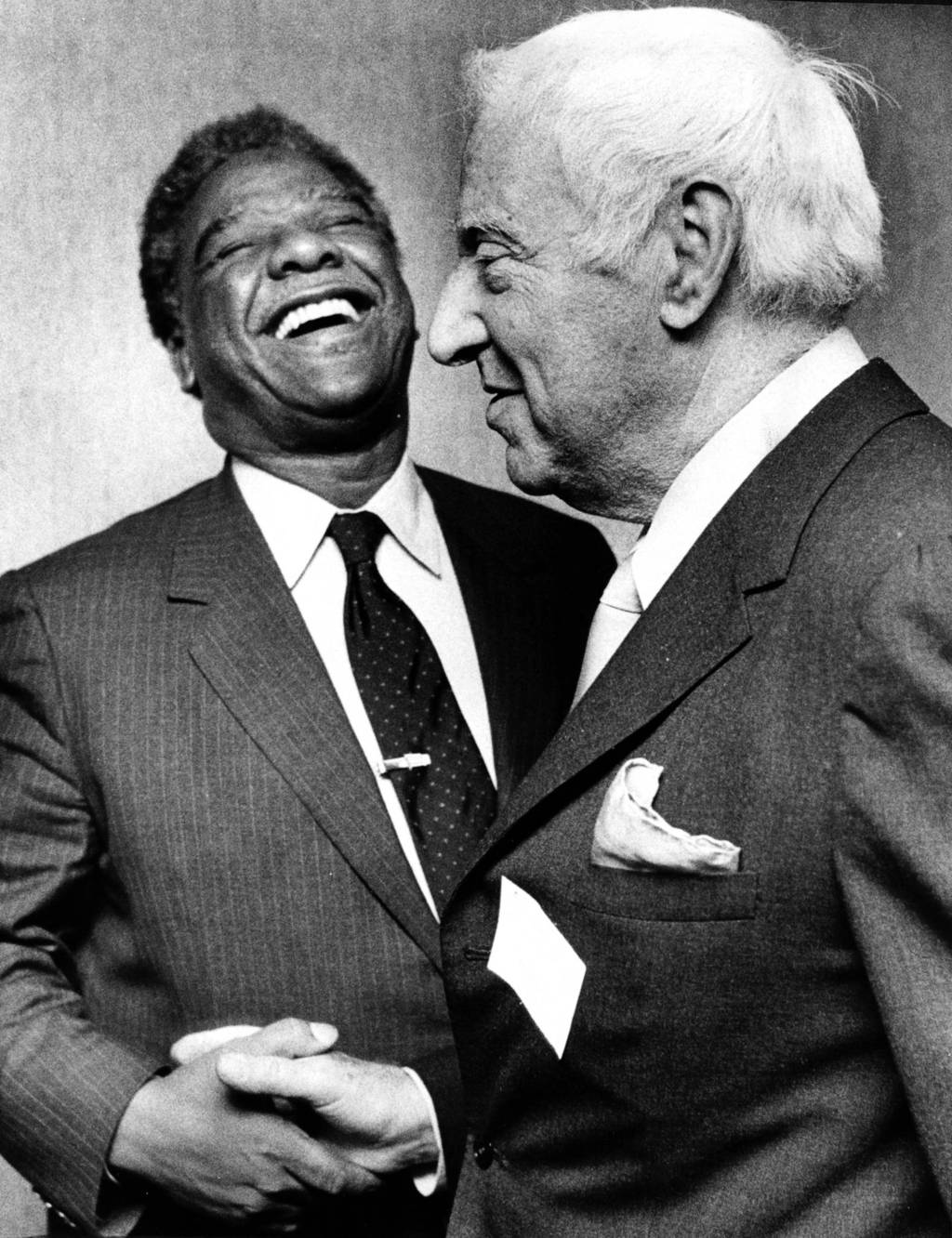 While Marshall Korshak oversaw the revenues of Illinois and Chicago, his brother Sidney was a notorious lawyer and counselor (consigliere) to the national crime syndicate and “was close to Giancana and Roselli,” according to Supermob: How Sidney Korshak and His Criminal Associates Became America’s Hidden Power Brokers by Gus Russo.

Tom Hagen, the character played by Robert Duvall, is the consigliere to the Corleone family in The Godfather films. The character is based on Sidney Korshak, the real-life Zionist Jewish consigliere, who served as an advisor in the production of the films. TOM HAGEN – A “German-Irish” lawyer (left, played by
Robert Duvall) in The Godfather was a film portrayal of
Sidney Korshak, a Russian Jew from Chicago. 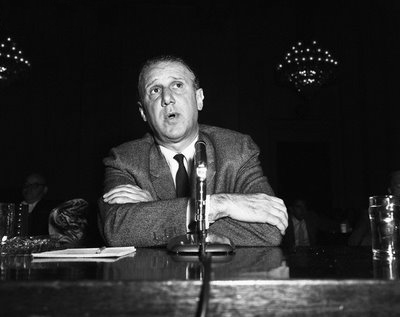 SIDNEY KORSHAK was the real-life consigliere for the Mob.
If Sam Giancana was involved in the murder of President
Kennedy – Sidney Korshak would have been involved in the
planning of the crime. Korshak was the key person connecting
the national crime syndicate to the Zionist Mob, Hollywood,
Las Vegas — and the state of Israel.

The close connection between Sidney Korshak with Sam Giancana and John Roselli would suggest that the Zionist lawyer Sidney Korshak was involved at the higest level in the planning and execution of the assassination of President Kennedy. Korshak’s connection to Henry Crown explains the Chicago Outfit’s connection to Dallas (and Lyndon Johnson), where Crown’s newly acquired company General Dynamics had just finagled a $6.5 billion contract to develop the TFX/F-111 fighter jet.

The Zionist connection to the Kennedy assassination would have to have been at the highest level in order to explain how Arlen Specter, a member of B’nai B’rith, the secret Zionist order of Freemasons, came to fill the crucial role of promoting the absurd “magic bullet” theory, a fabrication that was essential to support the conclusion of the Warren Commission that Lee Harvey Oswald acted alone.

Specter, the son of a Jewish junk peddler from the Ukraine and a newly-minted lawyer from Philadelphia in 1963, was not promoting this outrageous fabrication to protect Italian mobsters from Chicago. It is important to understand who Specter was serving with his lie about the magic bullet because it reveals the culprits behind the assassination.

On August 9, 1976, Roselli’s body was found in a 55-gallon steel fuel drum floating near Miami. Roselli had been strangled and shot, and his legs were sawn off. It is believed that Roselli was murdered for revealing too much about the Kennedy assassination during his Senate testimony.

On March 29, 1977, Nicoletti received three .38 caliber slugs to the back of his head while waiting in his Oldsmobile in the parking lot of the Golden Horns Restaurant in suburban Northlake, Illinois. Nicoletti was due to appear before the House Select Committee on Assassinations at the time of his death.

In June of 1993, Don Irving, a veteran attorney with over 25 years experience with high profile cases, cross-examined James E. Files for seven hours and reported that he found no inconsistencies in Mr. Files’ confession:

Mr. Files is serving a 50-year term for the attempted murder of two police officers. His FBI rap sheet indicates a life filled with violent crimes. Agent Shelton informed investigator West and attorney Irving that the FBI had previously gathered information from an informant that Mr. Files has knowledge of the events that occurred in Dealey Plaza on November 22nd, 1963.

Agent Shelton verified that Mr. Files was an associate and driver/bodyguard for one Charles Nicoletti, a known Mafia hitman from Chicago. Agent Shelton further states that he had long suspected that Chicago mob members Sam Giancana, Charles Nicoletti and John Roselli were involved in the assassination of John F. Kennedy, but that he had no hard evidence to support his beliefs.

On August the 16th and 17th, 1992, after an extensive search to locate the prisoner, investigator West spent several hours each day questioning James E. Files. During the August 17th, 1992, meeting, Mr. Files confessed that he was involved in the JFK assassination. Mr. Files confessed that he was present in Dealey Plaza and that Charles Nicoletti and John Roselli were also present in Dealey Plaza.

Mr. Files further confessed that he had been recruited and worked for the CIA in the early 1960s, later becoming a driver for Charles Nicoletti of the Chicago Mafia….

We shared the confession of James E. Files with criminal attorney Don Irving, who agreed to visit Files in an effort to cross-examine Mr. Files to ascertain his validity. In June of 1993, Attorney Irving, a veteran of over 25 years of high profile cases, spent almost seven hours with James E. Files at the Joliet Prison. Mr. Irving reported that he found no inconsistencies in Mr. Files confession.