SCHIFFgate: This Serious Congressional Misconduct Has Never Happened Before 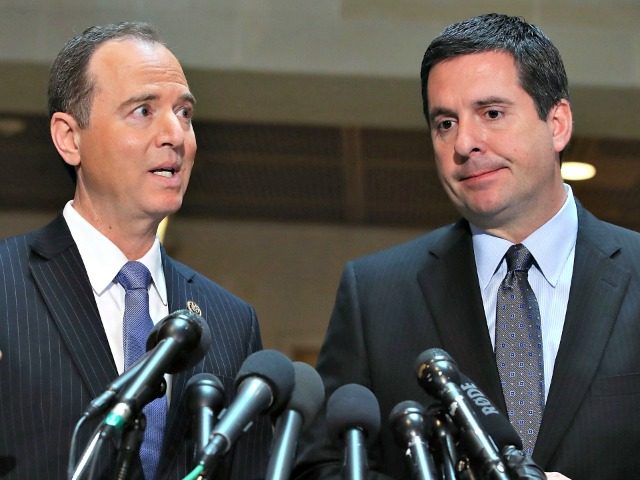 by Joel B. Pollack
BREITBART

The revelation that Schiff had obtained telephone records related to Nunes was the only new revelation in the report, which otherwise re-hashed Democrats’ arguments in favor of impeaching Trump for allegedly asking Ukraine to interfere in the 2020 election.

In a press conference Tuesday afternoon, Schiff declined to say when the committee had obtained the records, but given the Democrats’ repeated questions during the inquiry about administration officials who had worked with Nunes, such as former Intelligence Committee staffer (now National Security Council official) Kash Patel, it is likely the Democrats sought those records before or during the hearings.

The report cites media reports that Lev Parnas, an associate of Rudy Giuliani who has ben indicted on campaign finance charges, claimed that Nunes tried to meet with Ukrainians to “dig up dirt” on former Vice President Joe Biden. (Nunes had threatened to sue those media outlets, and did so on Tuesday, suing CNN for defamation; he does not appear to have been given an opportunity to answer the allegations in the report.)

Schiff has also rejected Republican calls to have him testify as a fact witness about his contacts with the whistleblower.

Joel B. Pollak is Senior Editor-at-Large at Breitbart News. He earned an A.B. in Social Studies and Environmental Science and Public Policy from Harvard College, and a J.D. from Harvard Law School. He is a winner of the 2018 Robert Novak Journalism Alumni Fellowship.