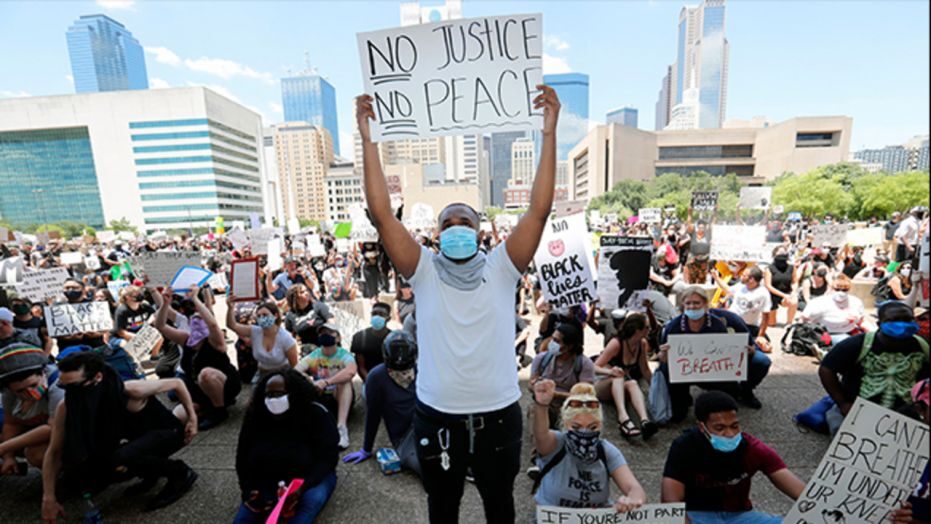 Minneapolis Mayor Jacob Frey said Saturday that officials think “white supremacists” and “out-of-state instigators” could be behind the protests in the wake of George Floyd’s death, but a report showed that “about 86 percent” of arrests so far are mostly of in-state residents.

Minnesota Gov. Tim Walz also said Saturday that the majority of the protestors arrested were from outside Minneapolis and sought to take advantage of the chaos.

However, a report by KARE 11 showed “about 86 percent” of the 36 arrests listed their address in Minnesota, and that they live in Minneapolis or the metro area, according to data the outlet analyzed from the Hennepin County Jail’s roster. Five out-of-state cases came from Arkansas, Florida, Illinois, Michigan and Missouri, according to KARE 11.

The Minneapolis Mayor’s office and police department did not return Fox News’ repeated calls for comment.

“We are now confronting white supremacists, members of organized crime, out of state instigators, and possibly even foreign actors to destroy and destabilize our city and our region,” Frey had tweeted Saturday.

We are now confronting white supremacists, members of organized crime, out of state instigators, and possibly even foreign actors to destroy and destabilize our city and our region.

“I think our best estimate of what we heard are about 20 percent are Minnesotans, and 80 percent are outside,” Walz also said Saturday during a news conference, KARE 11 reported.

A USA Today report quoted a security consultant saying intelligence reports indicate many of the more serious protesters are far-left or anarchists, without a significant appearance yet by far-right groups — while noting locals and outsiders could be involved in conflicts with authorities.

In a tweet posted Saturday, a person who appears to be Minnesota Attorney General Keith Ellison can be seen with a copy of “Antifa, the Anti-Fascist Handbook.”

This needs to be shared far and wide. This is our very own #MN Attorney General, @keithellison @AGEllison proudly promoting a group that is now destroying our state. This #MNDFL POS needs to be driven from office and driven from the state of #Minnesota. pic.twitter.com/HcjeYRTWpk

Officials are under pressure to address the at-times violent and destructive protests that broke out in the wake of Floyd’s death, as demonstrations continued into a fourth day Saturday.

President Trump told Frey to “get tough and fight” in a tweet Saturday after the mayor and Walz called in the Minnesota National Guard.

Mayor Jacob Frey of Minneapolis will never be mistaken for the late, great General Douglas McArthur or great fighter General George Patton. How come all of these places that defend so poorly are run by Liberal Democrats? Get tough and fight (and arrest the bad ones). STRENGTH!

Walz said he authorized the “full mobilization” of the National Guard by calling in 2,500 guardsmen, saying that this was “an action that has never been taken in the 164-year history of the Minnesota National Guard.”

“Our great cities of Minneapolis and St. Paul are under assault by people who do not share our values, who do not value life and the work that went into this and are certainly not here to honor George Floyd,” Walz said.

Department of Safety Commissioner John Harrington also said that white nationalist groups are suspected of urging their members to use the protest as a cover to create more disruption and chaos, according to Courthouse News Service.

Attorney General Bill Barr urged the violent protests to stop to allow the peaceful protesters to be heard and respected under the rule of law.

“Unfortunately, with the rioting that is occurring in many of our cities around the country, the voices of peaceful protest are being hijacked by violent radical elements,” Barr said in a statement Saturday.

“Groups of outside radicals and agitators are exploiting the situation to pursue their own separate and violent agenda.”

“We have our military ready, willing and able, if they ever want to call our military. We can have troops on the ground very quickly,” Trump said from the White House lawn. “They’re using their National Guard right now, as you know.”

The U.S. military is prohibited from acting as law enforcement on U.S. citizens, but under the Insurrection Act of 1807, state officials can call in the military help to stop a rebellion.