This is not about Race, this is about the Politics of Populism vs. Globalism 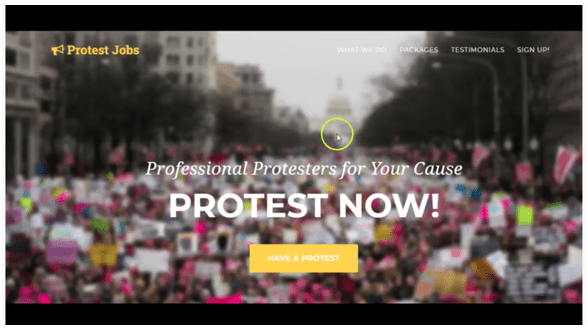 In my opinion, this is not about Race this is about Politics

It seems that George Floyd was a bar bouncer; therefore, it seems unlikely that he would work at such a strenuous job with a heart condition such as the one they alleged that he had. However, crisis actor would be a job, that would be right up his alley.

It seems that George Floyd and his alleged killer, Minneapolis police officer, Derek Chauvin, also worked together as security at a local night club for at least a year before the incident on Memorial Day that triggered the current conflagration across the country.

It also seems that the ambulance that arrived to take George Floyd to the hospital was absent emergency medical personnel, and he was put on a stretcher and taken away by two cops instead. https://vimeo.com/424394154

Moreover, both men worked together as security guards at a local night club for at least a year before the incident on Memorial Day, that triggered the current conflagration across the country.

It also seems that there were pallets of bricks placed strategically in various big Democrat-run cities across the country right before the ‘peaceful‘ protests started.

Moreover, it seems that the original window-smashing incidents in Minneapolis were being done by a white man with a black umbrella who was later identified as a cop. https://youtu.be/OR8zIkbuDEQ

It also seems that the pandemic shutdown and subsequent efforts by the Democrats to steal the vote were not working and the States would be opened up in time for the November elections. However, the 4 month and counting of martial law type dictates over law-abiding citizens, especially in Democrat-controlled areas, is causing massive economic problems for the poor.

This was the intended purpose of “phase one” to take out our President, defraud American voters destroy any affluence left of the middle class who oppose the Democrats’ socialist, communist, Cultural Marxist policies!

Last but not least they used the plandemic lockdown and their neurotic responses to it, to force to the boiling point the fears and frustrations of the American people.

The monsters that plague us always have a plan with more than one agenda.  Therefore, the mercenary army of thugs controlled by George Soros have targeted small family-owned businesses that have already taken the biggest hit because of the “Fakedemic” controlled by the Democrat-inspired, lie-driven, left-wing narrative.

Now that the crimes of the Obama administration and their Democrat Candidate Joe Biden and all of their Deep State minions are being unmasked, and hitting the news cycle, on cue the Soros-paid, treason-driven terrorists of Antifa and BLM start with their evil color revolution.

The common goal of all Soros-driven CIA-backed color revolutions in every country across the planet is the violent overthrow of that nation’s current government and the murder of its current leader.

“This is not about Race this is about the Politics of Populism vs Globalism.”

The book Confessions of an Economic Hitman by John Perkins explains in details how this has been done in countries all over South America and the Middle East. When the leader of a country wants to nationalize his or her country’s resources for the benefit of its citizens, the corporate-owned, mercenary secret armies of people like Baron De Rothschild and George Soros gin up a color revolution. https://youtu.be/btF6nKHo2i0

This is what the United States is currently experiencing. If they are successful, what will follow is a replacement of our “Populist President” with a “Globalist Puppet” who does the bidding of the Communists, Fascists and Cultural Marxist control freaks of the New World Order.

When President Trump made it known that mail-in voting was their plan to steal the election, Twitter was triggered and so were the Democrats; then “phase two” immediately ensued.

Phase Two has every Democrat-run big city burning down black neighborhoods and Antifa being front and center in these riots. This seems like payback by the New World Order against black people for going off of the reservation and waking up to who is actually behind the lie that the Democrats represent the downtrodden.

It also seems that the Democrats are not only in a panic but in a rage at the fact that so many black people have left the Democrat party thanks to President Trump’s real efforts and promising to help black communities; unlike the Democrats, he has actually kept his promises to help them.

The Fake News Media proves once again and without a doubt that they are the enemy of the people; first by creating this divide and conquer conflict, then driving the dishonest, corrupt and treasonous narrative, and finally, by calling it a race war.

It is time to separate the wheat from the tares and the human protestors from the Antifa, tareor-ist, anti-humans who hide behind masks! The enemy is a Trojan horse filled with terrorists who want to take the planet back to the days of their dinosaur ancestors!

Let’s all pray that 2020 becomes the year of reckoning for those who have been hellbent on erasing our freedoms, destroying our souls, and removing our people from the face of the Planet! The love of freedom knows no race, gender, religion, national origin or sexual preference. We are all human beings and the enemy is not one of us!