What’s with the 5 incoming asteroids—THIS WEEK! 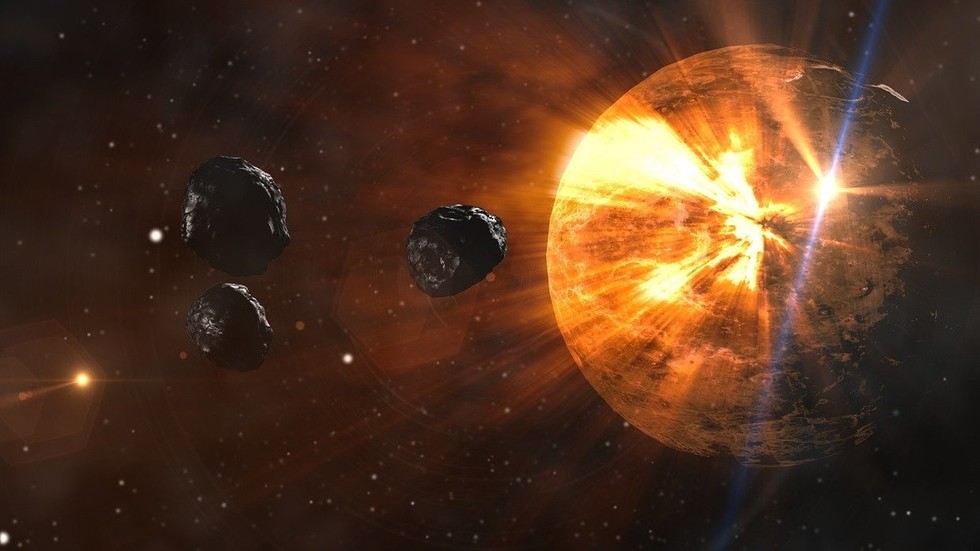 NASA is reporting that at least five asteroids are headed towards Earth this week, adding yet another ominous threat people should watch out for.

According to NASA’s Center for Near-Earth Object Studies (CNEOS), four of the near-Earth objects are due to fly past the planet on Tuesday, June 2.

Bringing up the rear in Tuesday’s space rock parade will be 2020 KJ1, measuring a relatively paltry 105 feet and plodding along at 11,000 miles per hour. The asteroid will wrap up Tuesday’s celestial spectacle at 2:57pm EDT, passing some 1.3 million miles from the Earth at its closest point.

Then, after a brief respite, an asteroid potentially taller than New York’s Empire State Building and the London Eye combined, 2002 NN4, will zoom by on Saturday, June 6.

2002 NN4 is an Aten-class asteroid which boasts a very wide orbit around the Sun and measures between 820ft and 1870ft, based on its brightness and the way it reflects light.

Somewhat surprisingly, the asteroid is considered ‘small’ in absolute terms and yet it is still bigger than roughly 90 percent of the asteroids we encounter in our solar system, which are approximately football-field size.

Thankfully, and despite its classification as a Near-Earth Object or NEO, 2002 NN4 will pass us at a very safe distance of 3,168,993 miles.

NEOs are space rocks that come within 1.3 astronomical units of the Earth, or 1.3 times the distance between Earth and the Sun.

However, lest we get too comfortable, 2002 NN4 is estimated to revisit us some time in 2024 and its orbit may be shifted in the intervening period by other space debris or planetary gravitational force, potentially deflecting it into a collision course with Earth. Therefore, CNEOS boffins will be keeping a close eye on it for a while longer.