This is not about George Floyd anymore, this is an insurrection

In the wake of the worsening nationwide riots over George Floyd’s death while under police custody, Fox News contributor Dan Bongino on Monday brought attention to the fact that the tactics being used at the White House are “very sophisticated.”

“They’re lifting and shifting, and moving around trying to hit strategic points at the White House,” Bongino told “Fox & Friends.”
The former NYPD officer and Secret Service agent said that his friends informed him that “known Antifa leadership is there, organizing” the riots. 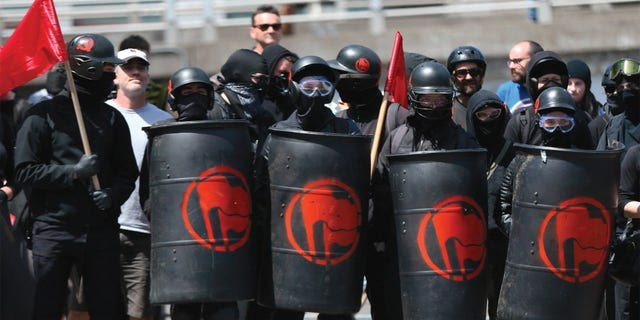 “This is not some run-of-the-mill criminality by people who have nothing to do on a Saturday night. Yes, there are some people there who are just there to cause trouble. This is a sophisticated insurrection-type attack. This is not a joke,” Bongino said.

More than 50 Secret Service agents were injured as fires set by rioters blazed near the White House and authorities were searching for car bombs late Sunday as protests over the death of George Floyd continued to roil the capital just two days after President Trump had to be taken to a bunker for his safety….”

SEE: Dan Bongino: This is not about George Floyd anymore, this is an insurrection