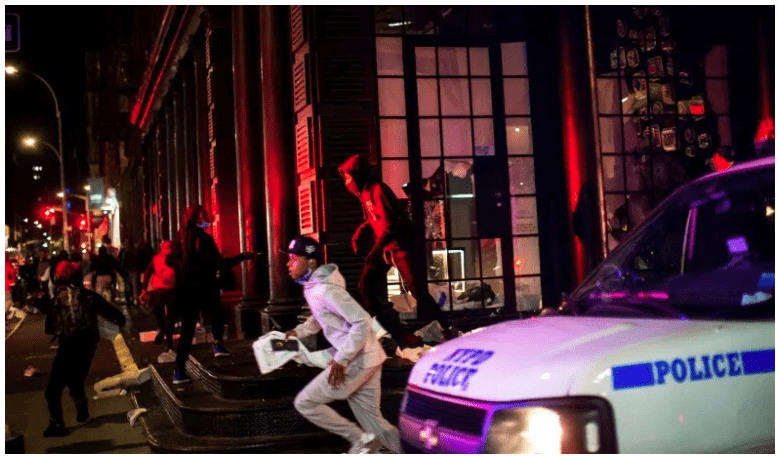 Mayor de Blasio and several high-ranking NYPD officials have already spoken out about the organized gangs of criminals who appear to be responsible for most of the looting in NYC. Now, a group of cops investigating the highly-coordinated crimes are telling local TV stations that they have evidence many of the looters were chauffeured to the “jobs” and brought large arsenals of power tools to help them break in.

Witnesses who spoke to these officers claimed they saw looters who showed up in separate vehicles work together in large groups to facilitate the looting that broke out in retail areas in Soho, Fifth Ave. and elsewhere.

According to ABC 6, one of the numerous eyewitness reports received by police came from Carla Murphy, who lives in Chelsea.

Murphy, in an interview Tuesday, said she started hearing commotion from mobs of people along her street and neighboring streets about 10:30 p.m. Monday night. She first watched from her building and then went down to the street and saw organized groups of people working together to break in to store after store in the West Side neighborhood.

Murphy said she saw license plates from New Jersey and Pennsylvania and drivers had not even tried to hide their tags.

After calling 911 and not getting through, Murphy visited the 10th Precinct in Manhattan, where she says dispatchers mostly brushed her off. Police didn’t arrive on scene until hours later. – READ MORE

Listen to the insightful Thomas Paine Podcast Below —