A COLOR REVOLUTION Comes to America: Some call this manufactured race war the Soros-Clinton Purple Revolution 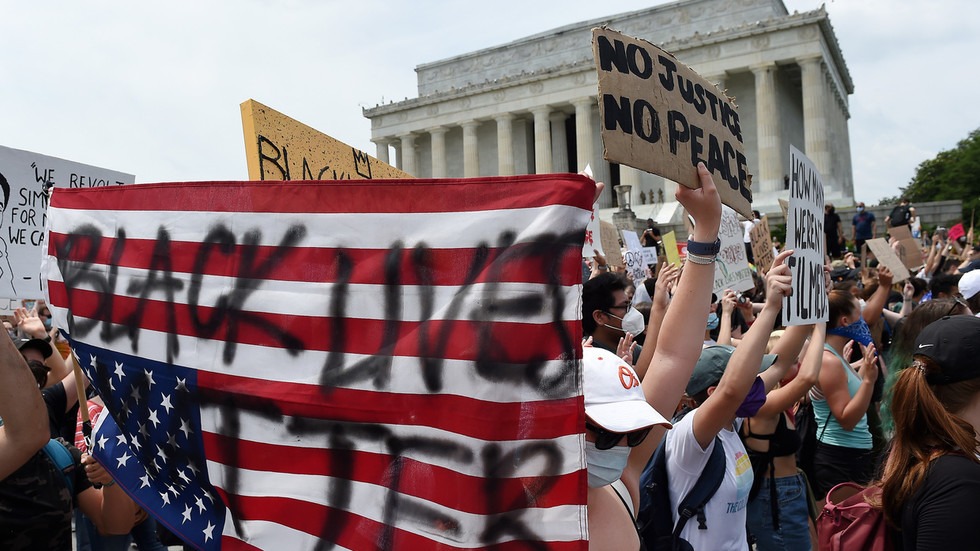 There is no need to speculate any longer about the odd similarities between ‘color revolution’ regime change operations overseas and the current protests across the US, when a leading purveyor of ‘Russiagate’ outright admits it.

What the US is experiencing now is “more like the nonviolent movements that earned broad societal support in places such as Serbia, Ukraine, and Tunisia,” the Atlantic’s Franklin Foer said on Saturday, in a piece titled ‘The Trump Regime Is Beginning to Topple’.

What’s happening in the streets—and with officials refusing to cooperate—is a lot like the revolutions that toppled dictators in Serbia, Ukraine, and Tunisia. https://t.co/vc36MMqG0q

Foer doesn’t go into the details of the events in Serbia and Tunisia, and he only brings up Ukraine in the context of the 2013-14 protests that turned violent and resulted in armed militias taking control in Kiev. In his telling, these were all genuine popular movements that overthrew ‘dictators’, which just so happened to be guided by a 93-page pamphlet written by US political scientist Gene Sharp.

He makes no mention of the US government’s role in any of these events – even in Ukraine, where US diplomats handed out cookies to “protesters,” and senators like John McCain shared the stage with their leaders.

Nor does he gush about a US operation of “engineering democracy through the ballot box and civil disobedience” emerging as a “template for winning other people’s elections,” as the Guardian described the 2004 turmoil in Kiev, and directly linked with the 2000 events in Serbia.

Instead, Foer says it’s “astonishing” that the events in the US over the past week have “traced the early phases” of Ukraine’s 2014 Maidan revolt. He cites Sharp’s advice to revolutionaries to focus on destroying the “regime” by turning the media, business elites, and police against it. Twitter’s censorship of Trump was a “hinge moment,” he says, and other major corporations followed when it turned out “there was little price to pay for the choice.”

This was then followed by state and local authorities rejecting Trump’s call to bring out the National Guard, the public denunciation by former generals, culminating when Trump’s own secretary of defense “explicitly rejected” the threat of deploying the military to the streets. (Fact check: Not true.)

Foer’s self-professed astonishment is interesting, given that the Atlantic actually provided the platform for retired Admiral Mike Mullen and retired General Jim Mattis to denounce the president.

Then again, he is not just any ordinary journalist, but the famous author of the article (published by Slate in October 2016, just before the election) alleging that communications between a Trump Organization email server and Russia’s Alfa Bank were proof of his “collusion” with the Kremlin.

.⁦⁦@FranklinFoer⁩ ‘s ingenious 10/31/16 piece ⁦@Slate⁩ abt Trump-Russia, the Alfa pings & much more ⁦almost got the word out in time but the media slept & his heartbreaking story is like…the end of Gallipoli.

Though it was eventually revealed that the Alfa Bank story was sourced from the infamous Steele Dossier, the salacious but entirely unverified document authored by a British spy paid by the Hillary Clinton campaign through a series of proxies, Foer was never called out on it.

As late as last month, he was still insisting Russia meddled in the 2016 election and will do so again in 2020.

If you want to understand how Russia seeks to change America, read this piece: https://t.co/AwvYO6m3s6

So when someone with such connections in the circles of Trump’s political and media critics says the current protests are really about overthrowing the president, and writes approvingly of the tactics involved without once noting they are a weapon previously wielded by both Democrat and establishment Republican administrations overseas, there is no reason not to believe him.