Will the USA become the Weimar Republic of the Third Millennium? 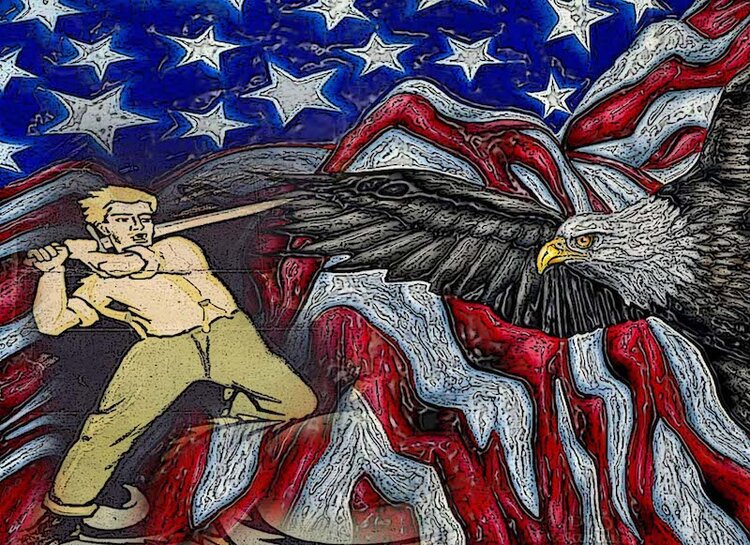 Have you noticed the peculiar fact that despite the lockdown, the economic crisis, tens of millions unemployed and multiple corporations filing for bankruptcy, Wall Street is having a ball? CNBC‘s Jim Cramer examined this anomaly earlier a few days ago, his verdict:  “we’re looking at a V-shaped recovery in the stock market, and that has almost nothing to do with a V-shaped recovery in the economy. What is going on is one of the greatest wealth transfers in history.”

Jim Cramer: The pandemic led to ‘one of the greatest wealth transfers in history’ https://youtu.be/15pFQxG9wko

How can the market rebound when the economy has not?  Cramer’s answer is so simple. “Because the market doesn’t represent the economy; it represents the future of big business.”

Cramer points out that while small businesses are dropping like flies, big business—along, of course, with bigger wealth, is coming through the crisis virtually unscathed.

Cramer projects that the transfer will have a “horrible effect” on the USA. We are already seeing a tsunami of bankruptcies. The economic fallout is inevitable. Federal data shows that the nation faces a 13.3 percent unemployment rate. The fortunes of U.S. billionaires increased by $565 billion between March 18 and June 4 while the same 11-week period also saw 42.6 million Americans filing jobless claims. The results are devastating, if hardly a news item: while the American people are getting poorer, the rich are getting richer.

One would have thought that the American Left and progressive political institutions would be the first to be alarmed by these developments. We tend to believe that tempering the rich and their greed, caring for working people and fighting for equal opportunities and justice in general are the Left’s prime concerns.

The American reality,  however, suggests the opposite. Instead of uniting us in a fierce battle against Wall Street and its broad daylight robbery of what is left of American wealth, the American Left is investing its last drops of  political energy in a ‘race war.’ Instead of committing to the Left’s key ideological values, namely: class struggle that unites us into one angry fist of resistance against this theft and discrimination, and without regard to our race, gender, or sexual orientation, the American Left makes us fight each other.

The  silence of the Left on the current Wall Street “wealth transfers” is hardly an accident.  American Left and Progressive institutions are supported financially and by Wall Street and global financiers. This funding means that, in practice, the American Left  operates as a controlled opposition. It maintains its relevance by sustaining social and racial tensions that draw attention away from Wall Street and its crimes. The so called ‘Left’ is also reluctant to point at  Wall Street and its current theft,  as such criticism, however legitimate,  would immediately be censured as ‘antisemitic’ by the Jewish institutions that have appointed themselves to police Western public discourse.

There is plenty of  history of such divisive politics from the Left and the way it often ends up betraying the Working Class. The collapse of the German Left in the early 1930s is probably the most interesting case-study of this.

Prior to the 1929 economic collapse, Germany’s fascist movement was a relatively marginal phenomenon consisting of various competing factions. In the 1928 elections the Nazi Party received 2.8 percent (810,000 votes) of the general vote. But then the 1929 crash led to a rapid and sharp rise in unemployment;  from 1.2 million in June 1929 to 6 million in January 1932. Amidst the crisis, production dropped 41.4 percent from 1929 to the end of 1931, resulting in skyrocketing poverty.  Like millions of Americans at the moment, in the early 1930s millions of Germans spent many days and nights in food queues.

One would assume that the collapse of capitalism would have been politically celebrated by the German Communists and Marxists as the Germans lost hope in ‘bourgeois democracy’ and capitalism alike.  The German Communist Party (KPD), like the Nazi party,  increased its power exponentially following the economic meltdown. Yet the German Left missed its golden opportunity. Despite the poverty and the austerity measures, it was Hitler who eventually won the hearts and the souls of the German working class. By the September 1930 election Hitler had won 18.3 percent  and then in July 1932 37.4 percent. In just four years the Nazis increased their support by 13 million votes.

A lot has been written about the failure of the German Left, both Marxists and Communists, to tackle Hitler and Fascism. Some Marxists are honest enough to admit that it was actually the KPD, its authoritarian and divisive politics that paved the way for Hitler and Nazism.

Like Stalin, the German KPD was quick to employ the term  ‘fascist’ to describe any and all political opponents. In an act of gradual self-marginalization, the German Left reduced itself into irrational political noise that finally lost touch with reality. The KPD were so removed from understating the political transition in Germany that on January 30, 1933, the day Hitler was appointed Chancellor of Germany, the KPD foolishly declared: “After Hitler, we will take over!”

Like the American radical  Left today, the KPD fought in street battles against the Nazis from 1929 to 1933.  These battles cost the lives of  hundreds of Nazis and KPD members. But in 1933 no political group paid as high a price in blood as the KPD. Nearly  a third of KPD members ended up in prison.

It is notable that one of the most concerning aspects of Left politics is the peculiar fact that agitators who claim to be inspired by ‘dialectics’ appear blind to their own ideological past. Consequently, they are detached from the present and totally removed from a concept of ‘future.’

I have been saying for some time that Trump often makes the right decisions if always for the wrong reasons. For instance, he declared ‘a war’ on social media authoritarianism in the name of the 1st Amendment. Though this is clearly the right result, Trump is not motivated by any genuine concern for ‘freedom of speech’ or ‘human rights’ he is simply upset that his tweets are subject to ‘fact checks.’ The Left, peculiarly enough, tends to make the wrong decisions if usually for good reasons. Fighting racism is, no doubt, an important goal; Combating America’s police brutality or racial discrimination is a major crucial battle, however, fuelling a race conflict is the worst possible path toward eliminating both racism and discrimination. Such a tactic will only deepen the divide that already splits the American working class. I wonder whether this divide is exactly what the American Left is trying to achieve: is this possibly what it is paid to do?

Today as American progressives and leftists  gear up for a long relentless battle, I have a little advice to offer. History teaches us that Fascism always wins when the conditions for a Marxist revolution are perfect. When you push for a race conflict and further fragmentation of the American society, bear in mind that you may end up facing a real Trump character (as opposed to Donald) that may be able to unite America and make it great for real, but you won’t find your place in it.