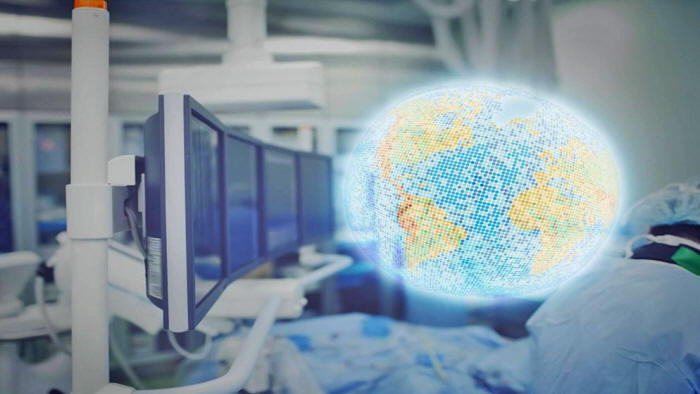 What is the true nature of the WHO (World Health Organization)?

Are they merchants of death or servers of life and health?

Is Trump being dangerous and short-sighted in cutting all funding (400 million) to them or is he being a brave leader willing to stand up to a savage organization?

Trump claimed that China has “total control” over the WHO organization of 194 member states.

He said China had pressured the WHO to “mislead the world” over the origins of the pandemic, which he described as the “Wuhan virus.”

The World Health Organization and the CDC initially
advised against wearing masks, saying there was little
evidence that it would help prevent people from getting sick.

Just recently, the media had to rescue the leader of the WHO with a grand snow job…

“Tedros Adhanom is renowned for his warmth and a tendency to call everyone from colleagues to world leaders ‘brother’ or ‘sister’.

He is an incredibly smart, open, honest, science-based man.

He is a man of great principle, and his calm but firm, courageous leadership of WHO during this terrible COVID-19 pandemic is exactly what the world needs right now,” tweeted Laura Hammond, a University of London professor.

Must be something wrong with him…

In all my 67 years never heard anyone talked about like this. For me he is a mainstream hit man for the medical industrial empire, a medical Hitler who has no problem taking apart the world with lock-downs of the human race.

All for good reason and with a smile, right?

The WHO represents the heart of the pharmaceutical world.

They along with the CDC and the FDA have been lording over all our lives for decades without complaint from the public.

On a medical level its already a one world government.

The president of the WHO has been confronted for being a front man for the Chinese and is one of the reasons they are losing American funding.

The tragedy of the global lock-down (take-down) will be remembered for a thousand years.

It will mark the beginning of a world convulsion.

It’s going to be bad, a nightmare, a horror movie.

But to too many politicians its a delight to express their hard authoritarian inner beings.

“China’s cover up of the Wuhan virus allowed the disease to spread all over the world, instigating a global pandemic that has caused more than 100,000 American lives,” President Trump said.

Remember, the WHO had high praise for the Chinese response, which was then copied around much of the world, all with the WHO’s blessing.

“Members of Congress, on both sides of the aisle, have consistently worked to fully fund the World Health Organization, in keeping with a long, proud, bipartisan tradition of U.S. leadership in global public health.

Congressional leaders have also spoken out in favor of U.S. cooperation with WHO to help respond to the unprecedented crisis we face with COVID-19.”

Hydroxychloroquine has about 90 Percent
chance of helping COVID-19 Patients.
Association of American Physicians and Surgeons

National Institute of Allergy and Infectious Diseases Director Anthony Fauci said that hydroxychloroquine (HCQ) is not an effective treatment for the coronavirus, based on the available data.

A few years ago the British medical journal, The Lancet, published a paper touting the safety of HCQ…

But this was before HCQ with zinc was found effective if used earlier enough against Covid-19.

One has to understand that there can be no treatment for the coronavirus until an approved vaccine makes its appearance.

They cannot let an inexpensive generic drug free everyone from lock-down.

Any treatment that works would gut the plan for a profitable mandatory vaccine.

The press, of course, is happy for the controversy and confusion.

They love to divide enjoying the conflict of everything…

Now a new Lancet study was essential for Big Pharma to prevent the spread of the HCQ treatment and awareness of its safety and effectiveness.

As soon as it appeared, it was used to close down the World Health Organization’s clinical trial of hydoxychloroquine in coronavirus patients citing safety concerns.

“The intent is to bury HCQ as a low cost effective treatment and to put in its place a high cost alternative whether effective or not, and to supplement this enhancement of profits with mass vaccination which might do us more harm than the virus itself.

Big Pharma could care less. The only value it knows is profit,” writes Paul Craig Roberts.

“He used an out-patient treatment combining the common anti-malarial drug hydroxy-chloroquine with the popular antibotic azithromycin (known as Z-Pak) and zinc sulfate.”

He has been 100 percent at saving all his patients lives…

Dr. Stephen Smith, founder of the Smith Center for Infectious Diseases and Urban Health in East Orange, New Jersey, talked about the remarkable results he is seeing in his coronavirus patients using a combination of hydroxychloroquine and the antibiotic azithromycin,

marks the “beginning of the end” of the COVID-19 pandemic…

Dr. Smith also said not a single patient he has been treating with the combination over a five-day period has had to be placed on a ‘ventilator.’

“I think this is the beginning of the end of the pandemic. I’m very serious,” said Smith, whose facility is in the New York metropolitan area, the U.S. hotspot for the coronavirus outbreak.

The criminal leaders of the lockdown madness that has overtaken the world are against humanity resolving the coronavirus through either natural or pharmaceutical means.

Personally I am for using natural treatments but sometimes modern medicine has something of value to offer.

The Association of American Physicians and Surgeons (AAPS) is one of the most trusted medical organizations in the world.

Hydroxychloroqine – a cheap, widely-prescribed anti-malaria drug which was deemed safe for decades until it showed efficacy treating coronavirus – needs to be made,

“widely available and promoted immediately for physicians to prescribe,” according to Yale epidemiologist Dr. Harvey Risch.

Harvey Risch notes that the combination of hydroxychloroquine with the antibiotic azithromycin (AZ),

“has been widely misrepresented in both clinical reports and public media,” and that “five studies, including two controlled clinical trials, have demonstrated significant major outpatient treatment efficacy.”

It’s Almost Against the Law to be Against Vaccines

What this is all about will get your legs cut off on social media as well as on Google.

The back side of the pandemic is vaccines. It is about what Robert Kennedy Jr, describes as a criminally corrupt industry…

In his interview with Patrick Bet-David, Kennedy describes what lies have been forced on the public to cover up the corruption and he shows that the truth is the opposite of what we have been told.

The business model of the pharmaceutical industry is not to make people well, but to treat their symptoms and keep them sick so they will be customers for life…!

We are trusting people and organizations to lead the world into a viral driven hell.

The death rates are much lower than advertised and treatments are much better than the no treatment hail Mary of health care officials. It’s a set up, a scam of the worst kind imaginable.

The last thing he wants the world to see is that modern medicine is a killing machine that is being allowed to destroy the world’s economy and people’s lives.

Saying the pandemic is a scam is not to say the virus does not exist and that people are not dying.

However, “Flatten the Curve – Destroy the World” is a fitting motto to describe the WHO’s guidance through the early days of this pandemic.

“It is difficult to identify circumstances in the past half-century when large-scale quarantine has been effectively used in the control of any disease.

The negative consequences of large-scale quarantine are so extreme,

forced confinement of sick people with the well; complete restriction of movement of large populations. Difficulty in getting critical supplies, medicines, and food to people inside the quarantine zone,

…that this mitigation measure should be eliminated from serious consideration,” wrote Donald A. Henderson (1928-2016), who was a great physician who is credited with smallpox eradication.

We need, a vision of an honest medical system that serves rather than destroys people’s lives…