Has the military abandoned Trump? 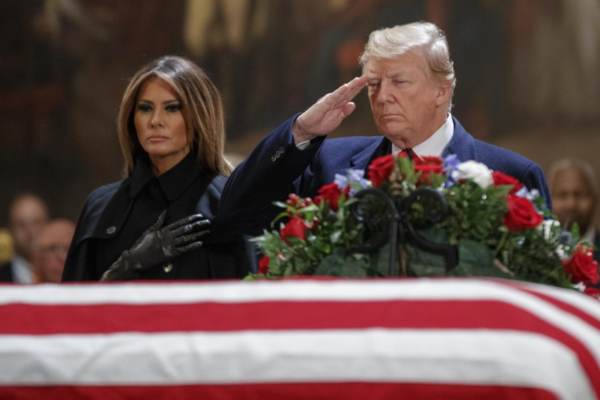 President Trump and all of America held a deep regard for the military.  Conservatives saluted the military for ages while Democrats reviled the military as murderers during the Vietnam years.  Then came the wars in the Middle East and President Obama.

One of the real signs of Obama tearing down the military was his firing of General Michael Flynn.  General Flynn called out Obama and his terrible policies as he was trying to make a deal with the terrorist nation of Iran while he was shipping weapons to ISIS in Iraq and Syria.  Obama targeted General Flynn ever since and as a result he still is caught up in a legal battle that started with a lie and entrapment and is stuck in the courts after two corrupt judges and a compliant lying media.

President Trump brought Generals Mattis, Kelly and McMaster into the White House.  General McMaster was so bad he brought in Eric Ciaramella to the White House, the suspected fake whistleblower behind the unconstitutional and corrupt Ukraine impeachment.  These guys were suspected leakers and liars and certainly to this day prove they are not behind President Trump or his tens of millions of supporters.

The attitude of these generals and their corrupt actions are indicative of a corrupted military.  In a brilliant interview below with Jason Goodman at CrowdSourceTheTruth, Diana West shares her thoughts on the state of the US military today.

Starting at the 4:50 mark in the video below West says:

I can tell you that all of these leaders are not apolitical.  They either have direct ties to the Democratic machines or globalist entities or the military industrialist globalist complex.  I mean these are absolutely committed partisans who have now lent their positions and the military itself, to bashing Trump, in kind of a stage of the rolling coup that we’ve been looking at.

After Goodman shares what West discussed, he comments on her thoughts that today’s actions by the military are like that of a counter insurgency, but this time against President Trump.

West explained how Obama had Marines in Afghanistan go into the villages and ask the villagers what they wanted while submitting to Sharia law.  Additionally, Obama put in place the policy where we were supposed to win over hearts not win a war and thereby Obama put American soldiers at risk.  Additional rules restricted American soldiers’ safety in an effort to minimize civilian casualties.

The generals behind the insane actions and coverups and policies that killed American soldiers overseas were lauded by the media and Democrats, the think tanks and military corporations.

So it isn’t surprising that these same people would now “pull the plug on a mini nuclear bomb on President Trump!”

We, the American people, had no idea how corrupt the US government had become before the election of President Donald J. Trump.  This Administration must carry forward and destroy these corrupt entities in the President’s second term or the country will never recover and become free and great again.