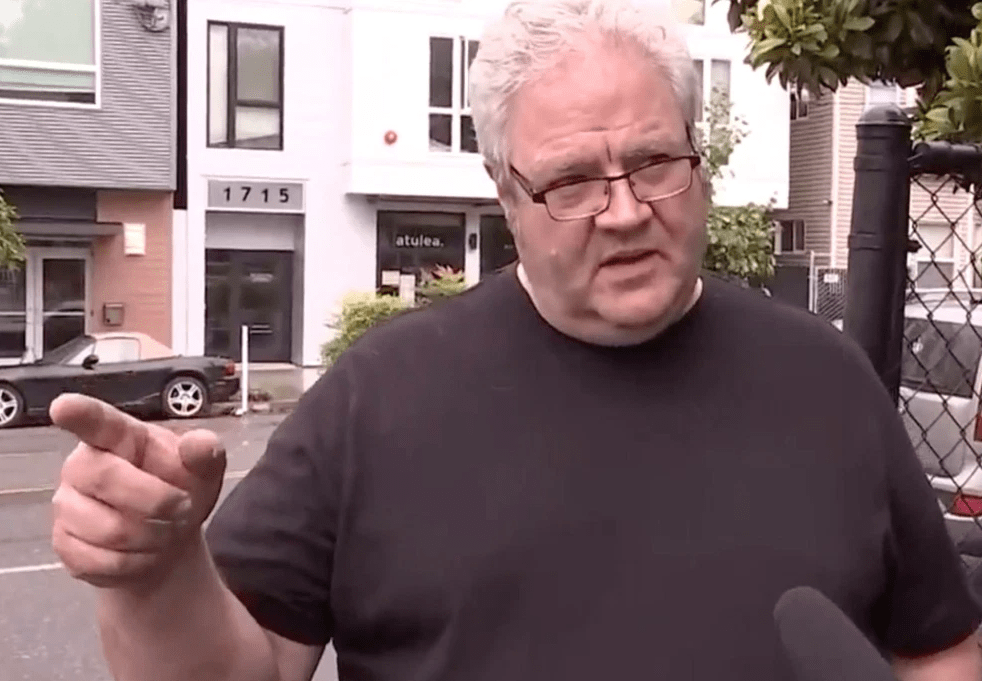 An auto shop owner on the edge of Seattle’s cop-free CHAZ  says police refused to help as an angry mob stormed his property — forcing his son to pull a gun to protect them, according to video and reports.

John McDermott told KIRO 7 News that he initially tried to detain a protester Sunday night who stole cash and set a fire in his Car Tender business on the edge of the so-called “Capital Hill Autonomous Zone.”

His son, Mason McDermott, helped tackle the suspect, who “tried to cut me with a box cutter,” he told the station, showing large slits in his jeans close to his crotch.

Other protesters soon arrived — and video on social media shows the mob eventually knocking over a section of fencing, running in to confront the owners and angrily demand the return of the original suspect.

McDermott told the station he repeatedly dialed 911 for both police and fire crews. “All told 19 times,” he said.

He was “heartbroken” when they “finally said that they weren’t going to send somebody,” he said. “I mean, they are the cavalry,” he told the station.

He said he eventually had to let the initial suspect go free to avoid “mayhem beyond mayhem” — and his son pulled a firearm to protect them from the mob, some of whom were also armed, they said.

“He’s just trying to protect his business,” a local reporter said in a livestreamed video as he noted the gun during the attack. No shots appeared to have been fired.

Mason said the near-disaster was proof that the “mayor and governor need to get their act together” over the area.

“Nobody showed up when literally our lives are on the line,” Mason said, stressing they still felt at risk from further attacks.

Seattle Fire Chief Harold Scoggins said he was investigating why his crews did not respond.

He said the force needs police clearance to enter the CHAZ — also known as “CHOP,” or Capitol Hill Organized Protest — but insisted the auto shop was in fact just outside the restricted area.

Protesters first claimed the space nearly a week ago after storming a now-abandoned police precinct within it during unrest over the police killing of George Floyd. Seattle Mayor Jenny Durkan pulled cops out of the building and the area in an attempt to de-escalate the mobs of protesters and offer a space for discourse.

President Trump has for days pressured Seattle authorities to break up the area, calling the demonstrators “domestic terrorists” and “anarchists.”