The demand to have statues & paintings of ‘White Jesus’ torn down has made BLM an Iconoclast movement, not just a Marxist one 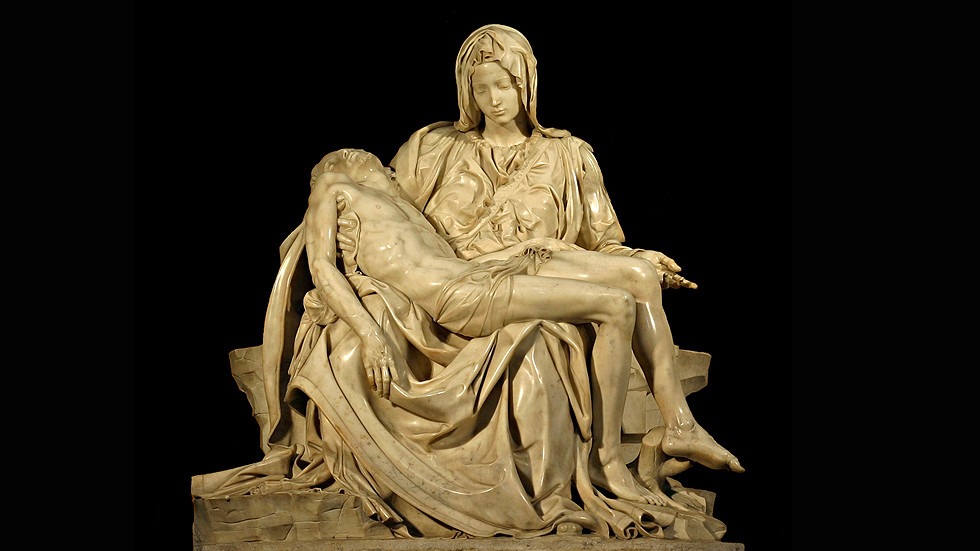 A leading activist’s remarks that all “statues, murals, and stained glass windows of white Jesus, and his European mother” represent “gross white supremacy” shows that radical, racialised politics has no limit to its targets.

The problematic statues row has now taken a turn from political iconoclasm to literal iconoclasm with depictions of “white Jesus” next on the hit list for some of Black Lives Matter’s more hardcore proponents.

Activist Shaun King has called for all the statues, murals, stained glass windows and paintings depicting the Messiah as having European features to come down because they are a “gross form of White Supremacy.” To illustrate his point, King makes the perceptive observation that when Jesus, Mary and Joseph went into hiding while Herod engaged in a spot of infanticide in 1 AD Judea, the family hid in Egypt, not Denmark, so they would “blend in.”

This is exactly the sort of mission creep many people worried about when the whole statues issue started to pick up steam last month. It began with slave owners, and one can see the argument there for taking them down, but it is worth noting that the statues themselves were not erected for their services to the Transatlantic slave trade.

Then in America, they moved onto their national heroes, like Washington and Jefferson, again because they owned slaves. Again, one can understand the argument that they shouldn’t be venerated because of this fact, but they aren’t praised for being slave owners but for founding the United States of America.

Before we knew it, we were at Ulysses Grant, who lead the Union Armies in the Civil War to end slavery, but because he married into a slave owning family, he too must be torn down. Defeating the Confederacy wasn’t enough to save him. Then Theodore Roosevelt was next on the list because of white supremacy, (although he wasn’t the Roosevelt who actually interred Americans in camps based on their race in World War II, that was FDR).

But even with the pace with which this movement has declared former icons persona non-grata, to jump from Teddy Roosevelt to Jesus is extraordinary. Were Mr. King’s demands to be met, and “all statues of the White European they claim to be Jesus” to come down, that would amount to the destruction of some of the finest works of art in existence.

Michelangelo’s Pieta, gone, Da Vinci’s Last Supper, erased, Raphael’s Transfiguration, wiped, Donatello’s Crucifix, torn down, and that would be just if we targeted artists who share their names with turtles who know karate. And the Sistine Chapel? Razed to the ground, along with the smashing of the stained-glass windows of virtually every church and cathedral in Europe.

This erasure of history would make the destruction of the Reformation and the dissolution of the monasteries in 16th-century England look like child’s play.

The simple fact of the matter is that Jesus has, throughout history, been portrayed as looking like any number of races, and those usually reflect the race of the artist. Black artists have portrayed him as having African features, Asian artists have done something in their image, and so European artists obviously portrayed him as looking European. Which is kind of the point of Jesus: all his followers are supposed to be able to see themselves in him. As a result of living in the Western world, that means, to Western eyes, he has more often been portrayed as looking like a white European.

Yes, I think the statues of the white European they claim is Jesus should also come down.

They are a form of white supremacy.

In the Bible, when the family of Jesus wanted to hide, and blend in, guess where they went?

All murals and stained glass windows of white Jesus, and his European mother, and their white friends should also come down.

They are a gross form white supremacy.

They should all come down.

There is also the fact that for a large chunk of history, Europe is where Christianity blossomed. In the Middle East, where yes, Jesus was born, a very different religion, with a very different view on depicting religious figures arose, which perhaps goes some way to explaining the paucity of paintings of Christ in this part of the world. The fact that Jesus plays second fiddle to Mohammed in Islam and is regarded as a false prophet in Judaism, might explain why there are fewer depictions of him in the immediate vicinity of the Sea of Galilee.

One also has to have quite a conspiratorial mind to conclude that ‘white supremacy’ was top of the agenda for the likes of Da Vinci and Raphael. Couldn’t they just be artists painting and sculpting their interpretation of what Christ looked like? Could the depictions of him as looking more European not just be down to those being the kind of people they hung around with?

I mean, if we’re getting into the weeds about this, it’s probably quite unlikely that the historical Jesus had a rippling six pack and sinewy biceps as he is so often shown as having. Can art not just be appreciated as art without having the artist’s motivation impugned four, five or six centuries after the fact? Given that the Transatlantic slave trade didn’t begin until the 17th century, it seems baffling to tear down art made in the centuries before.

It also raises the question of how exactly is it acceptable to depict Jesus from now on then? Given that he was a Palestinian Jew, it seems equally unlikely that he looked like the African man he was portrayed as in Madonna’s Like a Prayer video, as he would look like the dirty blonde haired European in Da Vinci’s The Last Supper. (Gosh, it’s painful equating these two very different pieces of culture in the same sentence).

This may seem like a fringe issue that is never going to happen, and it could easily be dismissed as the ramblings of someone on the extreme left. “No one would seriously argue that the Pieta or the Last Supper should be torn down or painted over,” some might say. “Shaun King is just being ridiculous and provocative, and writing an article about his mad claims is just legitimising them,” they may add.

This may be true, but ask yourself – in 2010, how much money would you have put on statues of Washington and Jefferson being torn down in America? What odds would you have got on the bookies of Churchill’s statue having to be boarded up in London? I don’t think you’d have even put a quid on it.

There has to come a point where a civilisation just says “enough, stop,” otherwise these movements pick up steam. Several American states have shown themselves incapable of defending their founding fathers. With Christianity dwindling year by year in the West, how long will we be able to make a defence for these priceless works of art if they too are decided to be contrary to the prevailing ideology of the day?

Ugly civilisations torch their history, others learn from them. Let us not become the former, just because the other side is shouting louder than we are.