Testifies that Google and Facebook are trying to have a monopoly on news with ‘black box’ algorithms. 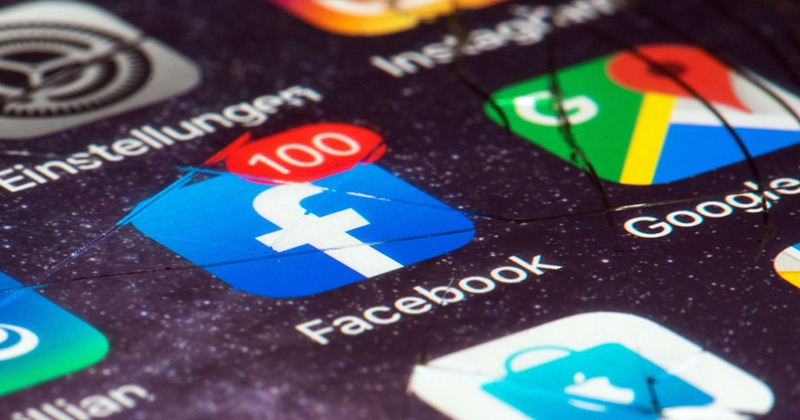 15 September 2019, Berlin: The Facebook logo on the jumped display of a smartphone indicates the number of unread notifications with the number 100. Besides you can see the apps of the settings, of Gmail (l), Apple Store and Google Maps (r). Photo: Soeren Stache/dpa-Zentralbild/ZB (Photo by Soeren Stache/picture alliance via Getty Images)

Newspaper executive Peter Wright has slammed big tech for secretively developing and changing algorithms for news distribution without giving the industry any indication whatsoever of what they are doing.

Wright of DMG Media, which is the parent company of The Daily Mail, was testifying before the House of Lords Communications and Digital Committee Tuesday.

He accused companies like Google and Facebook of ‘monopoly behaviour’ as they seek to seize ‘all the power’ in online news and advertising.

Wright claims that the Mail’s online daily traffic from Google searches has been diminished by 50 per cent in just one year after the company changed the algorithm for news content in 2019.

“Google and Facebook both distribute our content via algorithm. Those algorithms are what is known in the digital world as a ‘black box’ – they are secret, you have no idea how they work. But we can see and measure the results,” Wright said.

Wright also implied that the Mail’s pro Brexit stance led to it being targeted by big tech for diminished online distribution.

He noted that last June “over the space of three days, our search visibility, which is the measure of how often your content is appearing against a basket of search terms, dropped by 50 per cent, and it was particularly marked against some particular terms. One of them for instance was ‘Brexit’.”

Wright noted that after his group protested, normality eventually returned.

“But this is monopoly behaviour. You can’t do this if you’re in a business relationship with someone where there’s any semblance of equality of power,” he urged.

Wright noted that Google and Facebook are not regulated and so they are getting away with a secretive takeover of content.

He described Google as “completely dominant” in search and digital marketing, the two main avenues for distributing news content, and Facebook (which also owns instagram) as “dominant in social media”, pointing out that they make “more money out of advertising than our newspapers do.”

Despite the vast power that these companies have in such areas, Wright noted that their terms of service are completely “opaque”.

“Even the contracts that we sign to use their services are often presented to us on a take-it-or-leave-it basis. So what we’re asking for here is for regulation, and the CMA (Competition and Markets Authority) are about to report on a massive piece of work they’ve been doing, to address the complete imbalance in the business relationship,” Wright asserted.