Trump Signs Serious Executive Order to Protect All US Monuments 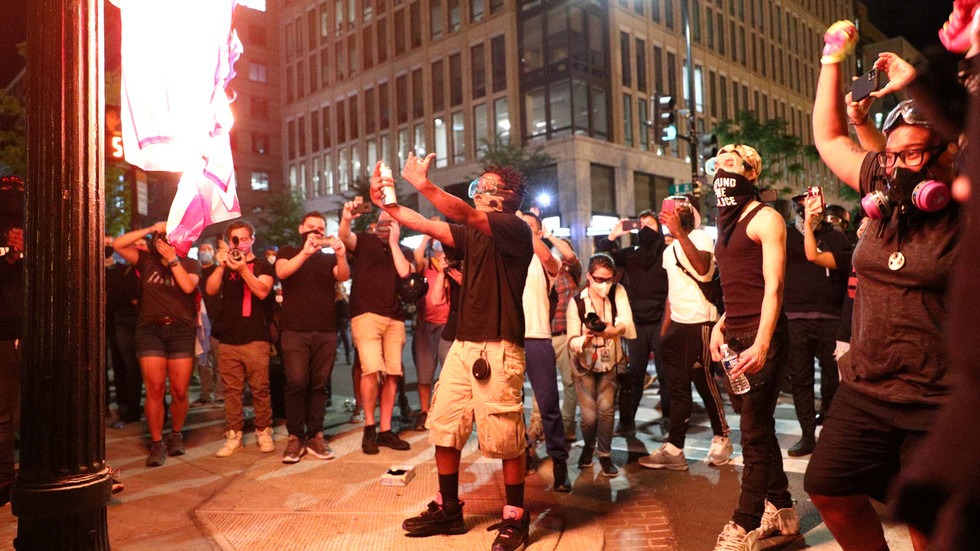 US President Donald Trump has signed an executive order to protect American monuments, after calling off a weekend trip to New Jersey to remain in DC amid ongoing protests, insisting “agitators” will be “brought to justice.”
Trump announced the “very strong” order in a tweet on Friday, stating it would protect “monuments, memorials and statues,” as well as combat “recent criminal violence,” promising “long prison terms for these lawless acts.”

I just had the privilege of signing a very strong Executive Order protecting American Monuments, Memorials, and Statues – and combatting recent Criminal Violence. Long prison terms for these lawless acts against our Great Country!

While few details have emerged about the new directive, on Tuesday Trump said he would sign an order that would “reinforce” existing law, “but in a more uniform way.”Friday’s announcement comes after the president said he had canceled a weekend trip to New Jersey in order to keep an eye on the protests.

“I was going to go to Bedminster, New Jersey, this weekend, but wanted to stay in Washington, DC to make sure LAW & ORDER is enforced. The arsonists, anarchists, looters, and agitators have been largely stopped,” Trump said in a tweet on Friday.

I am doing what is necessary to keep our communities safe – and these people will be brought to Justice!

…I am doing what is necessary to keep our communities safe — and these people will be brought to Justice!

Weeks of anti-police brutality demonstrations in DC have seen numerous attempts to tear down monuments and statues which activists deem a celebration of racist historical figures, drawing threats of draconian punishment from the president. Earlier on Friday, Trump tweeted out an FBI wanted poster requesting information on 15 suspected statue-defacers, reiterating that the vandals could spend up to a decade in prison.

Earlier this week, Trump vowed to unleash “serious force” on protesters attempting to create an “autonomous zone” in the capital, after activists briefly tried setting up barricades in Lafayette Park, modeled after similar protest encampments in Seattle and elsewhere. The warning, posted to Twitter, was deemed a “threat of harm” by the platform and was hidden behind a “public interest notice,” the latest in a series of the president’s tweets to be flagged or deleted. Friday’s posts about “law and order” and 10-year prison sentences have yet to receive the same treatment, however.