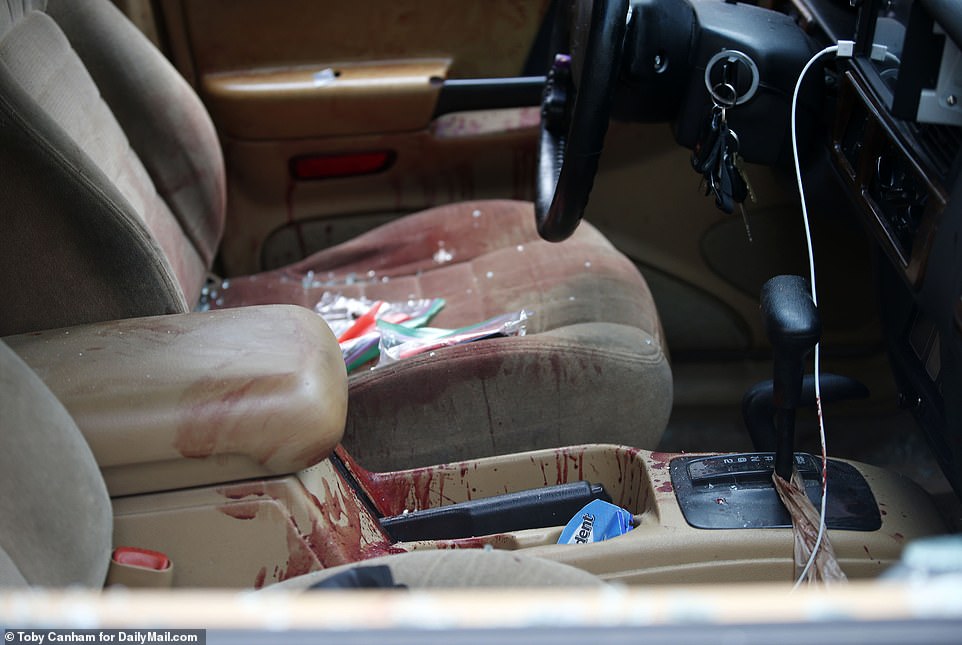 Teen, 16, is killed and 14-year-old is wounded after Seattle CHOP zone protesters fire into their jeep as they drove towards the barricades at 3am – as those inside cop-free area say they acted in self-defense and video shows a man yelling ‘You’re not dead yet?’

Surveillance video of a shooting at Seattle’s CHOP zone that left a black 16-year-old boy dead and a 14-year-old seriously injured shows gunfire ringing out as the Jeep the teens were in plowed into a barricade and a man screaming: ‘Oh you’re not dead yet?’.

Homicide detectives said they are investigating after the two teenagers were shot in a white Jeep near a makeshift barrier around the Capitol Hill Organized Protest (CHOP) zone at about 3am on Monday.

Those inside the zone say CHOP security guards, who are self-appointed and heavily armed, started shooting at the Jeep only after the teens opened fire on them and drove into a barricade.

Police say witnesses told 911 dispatchers that they saw several unidentified people firing shots into the vehicle but made no made no mention of whether the teens were armed and fired first.

In surveillance video, multiple gunshots could be heard in the distance in the minutes before the Jeep could be seen tearing around the corner.

A female CHOP protester could be heard screaming for their self-appointed security to have their ‘eyes up’ because there were ‘two people with guns’ in a ‘stolen white Jeep’.

When the Jeep came around the corner moments later, at least three loud gunshots could be heard before the teens crashed into the barricade. About a dozen shots were fired after the car crashed. It is not clear from the footage who the first gunshots came from.

A male could be heard in the surveillance screaming: ‘Get on the ground’, ‘Oh you’re not dead huh?’ and ‘You want to get pistol-whipped?’