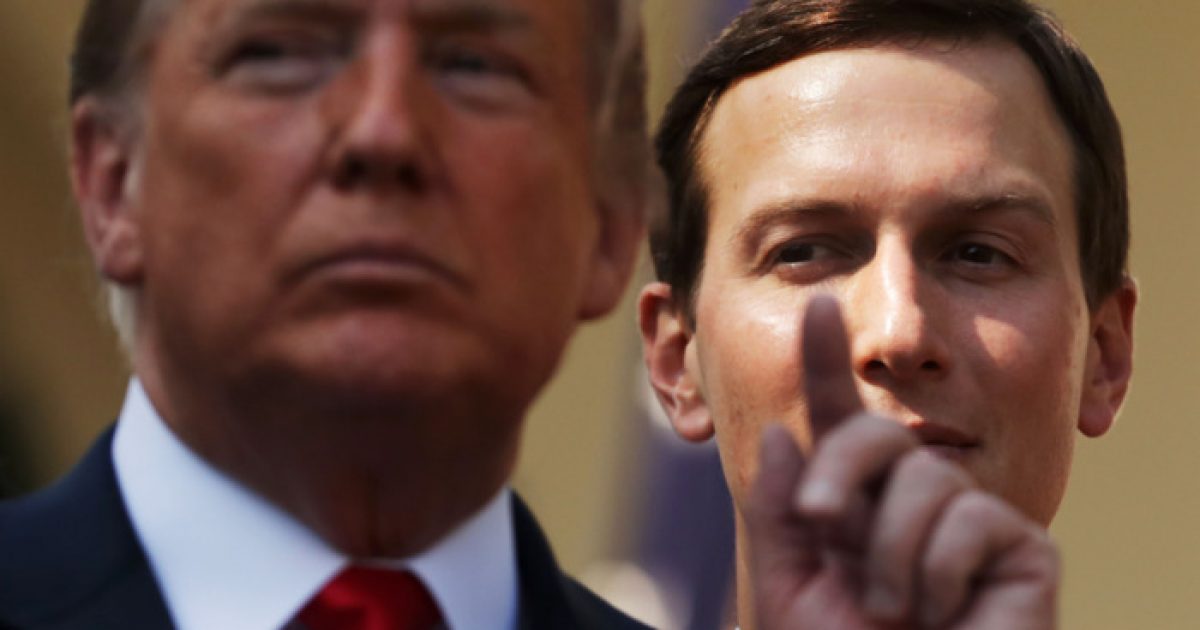 Is Kushner stupid or malicious?

The most influential adviser within the Trump administration has arguably been Jared Kushner, the President’s son-in-law. He has pushed the administration to the Left, using his power to shift the White House on issues like immigration, criminal justice, and foreign policy.

As the Trump re-election campaign sputters, conservative leaders have placed the blame directly on Kushner. His fingerprints are all over the campaign strategy, as they are virtually every other aspect of the Trump operation.

“Trump has a Jared problem,” an immigration hawk who works with the White House told The Spectator. Others roll their eyes and reference “four more years of Jared” when talking about Trump’s re-election chances.

Kushner has become Trump’s go-to guy on the most important issues facing America, despite observers referring to him as “slow,” “a moron,” and “not really that bright.” Conservative leaders have remarked that Kushner knew little if anything about his own comprehensive immigration plan while he was attempting to sell the plan to them. He apparently could not speak on issues like chain migration and diversity visa lottery, being clueless about the areas in need of reform.

“He presents as someone very knowledgeable and in the know until he faces questions,” a source close to the White House said. “He goes off the record or on deep background so people don’t realize he’s a f**king idiot.”

While many attribute Kushner’s missteps to idiocy, others believe that there may be nefarious motives behind his blundering. They believe that Kushner, whose Soros connections are well-documented, is intentionally sabotaging the Trump administration on behalf of the globalist establishment.

“I know for a fact that there was a document drafted for the President to sign saying replacing Americans with foreign workers was not in the national interest, making it explicitly illegal,” a source close to the administration said. “All it would have taken is a stroke of a pen. When I would ask why it hadn’t been done, the answer was always ‘Jared’.”

“The depths and lengths Jared is going to to stab Trump in the back [are] quite profound,” another source said. “Trump’s been burned by Jared so many times,” yet another claimed.

Conservatives have accused Kushner of arranging a “Greek chorus” to keep the President in an echo chamber where his consol always wins out. Kushner is said to drive Trump to other advisors who are in his pocket and will reiterate his position. People rumored to have crossed Kushner, such as Gen. John Kelly, Stephen Bannon and Kirstjen Nielsen, are no longer in the fold. Meanwhile, Kushner grows more powerful despite a laundry list of mishaps.

The worst case of Kushner’s influence on the administration may have come in Trump’s response to nationwide riots following the death of George Floyd. Kushner and two of his lackeys in the administration, Brooke Rollins and Ja’Ron Smith, reportedly convinced Trump that taking control and restoring law and order was a poor decision because it might offend black voters, who are a crucial part of Trump’s re-election strategy.

Big League Politics has reported on how Kushner brought in communist Van Jones to design the President’s police reform order, pushed to cleanse the GOP platform of language offensive to the LGBT community, plotted to keep foreign worker visas in place during the COVID-19 recession, and put novice Brad Parscale at the helm of Trump’s re-election campaign.

Whether Kushner is motivated by malice or just stunning ineptitude, he has emerged as the weak link of the administration who has capitalized on nepotism in order to become a menace for all supporters of the President Trump’s “America First” agenda.