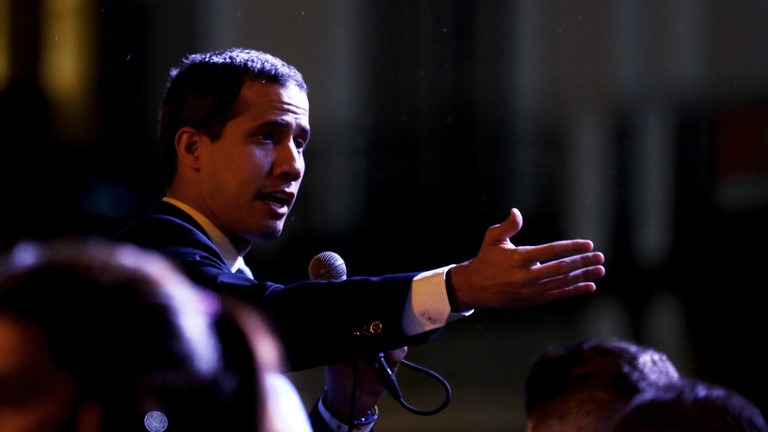 The UK High Court has ruled that Venezuela’s legitimate president is in fact its self-proclaimed leader Juan Guaido, and not the elected Nicolas Maduro, in a bizarre legal battle for $1 billion of gold bullion.

The Bank of England (BOE) holds close to $2 billion of Venezuela’s gold for safekeeping. With both the Venezuelan government and the opposition laying claim to the fortune, the High Court has been tasked with deciding who deserves the funds, and said on Thursday that the UK “unequivocally recognizes” self-proclaimed leader Guaido as president.

Venezuela’s central bank wants the gold back so it can be sold to buy medicine and equipment to battle Covid-19. It has said the funds would be transferred to the United Nations Development Program (UNDP) to ensure it isn’t used for anything else, but the opposition objects to this and claims Maduro wants to use the money to pay off his foreign allies.

Guaido, who has self-identified as the country’s interim president since 2019, with backing from Western nations, claims the gold is his to control and alleged the bank would be “financing torture” if Maduro won. The British government is among more than 50 nations that have recognized Guaido as Venezuela’s leader.

A lawyer for Venezuela’s central bank said that they would appeal the judgement which “entirely ignores the reality of the situation on the ground.”

The BOE rejected Venezuela’s request to withdraw the gold in January, which was reportedly at the request of US officials. This prompted Venezuela’s central bank to file a claim against the BOE in May. Its case points to the fact that the UK Foreign Office maintains full diplomatic relations with the Maduro government, arguing that the UK can’t have these relations while also recognizing someone else as the head of state.

The Venezuelan government first made moves to remove its gold stores after the 2018 election, which Maduro won and the opposition boycotted. Boris Johnson, who was then the foreign minister, said at the time that the UK “may have to tighten the economic screw on Venezuela,” and with further US sanctions placed on the country, its central bank informed the UK bank that it wished to take its gold back.